The PS5 3D Audio Headphone Engine Will Change Everything 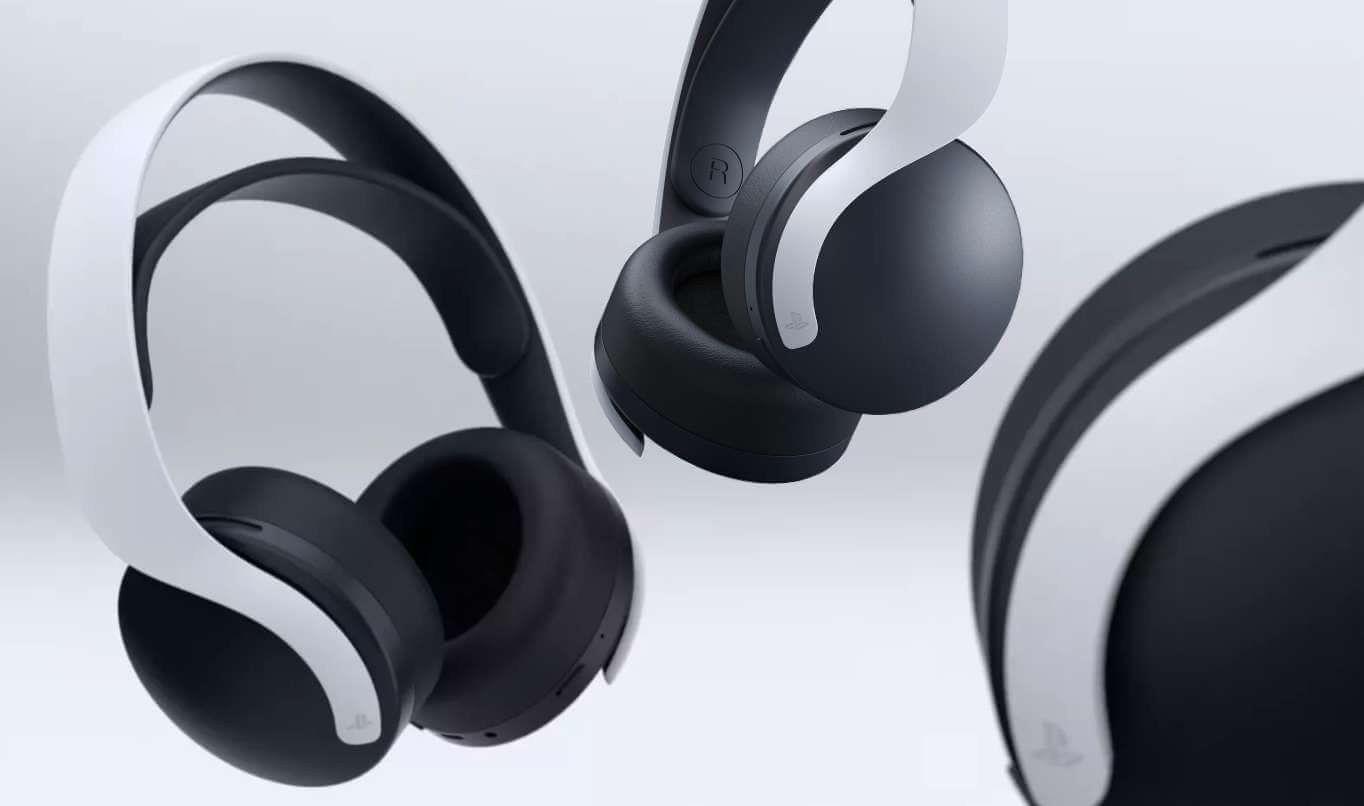 One of the highlights resulted from the PlayStation 5 reveal was the new 3D-Audio capabilities of the console. With this new tech behind the PS5, Sony wants to offer new audio dimensions to the public, utilizing a hardware solution. What the company has called the “Tempest Engine” is, in essence, a re-engineered AMD GPU, with no caches, that focuses on Direct Memory Access (DMA) transfers, to handle the 3D aspect and the personalization of the audio profile.

A long, long time ago…

Ever since the first Playstation, some audio and sound technologies were available to the buyers of the Playstation brand. Going back to the PS2, Sony used some enhanced audio chip solutions. The PlayStation 2 featured an audio solution named Stereo Pick-Up (SPU)1+ Stereo Pick-Up (SPU)2, where the SPU1 is a CPU clocked at 8 MHz, and SPU2 is PS1 stereo pick-up. It was a fascinating way of providing high-end audio at the time, with scalable sample frequencies, 512K of sampled waveforms, and multiple MIDI support as enhanced audio. The output was also impressive. The PS2 supported DTS in full-motion video playback from a DVD. This feature was one of the selling points of the PS2, that crisp 5.1 surround sound, from a movie or a favorite TV show. This step was the first towards the digital theatre that the Playstation brand has become. Later titles, on the console, achieved analog 5.1 surround sound during gameplay and moving on to the PS3, things got even better. 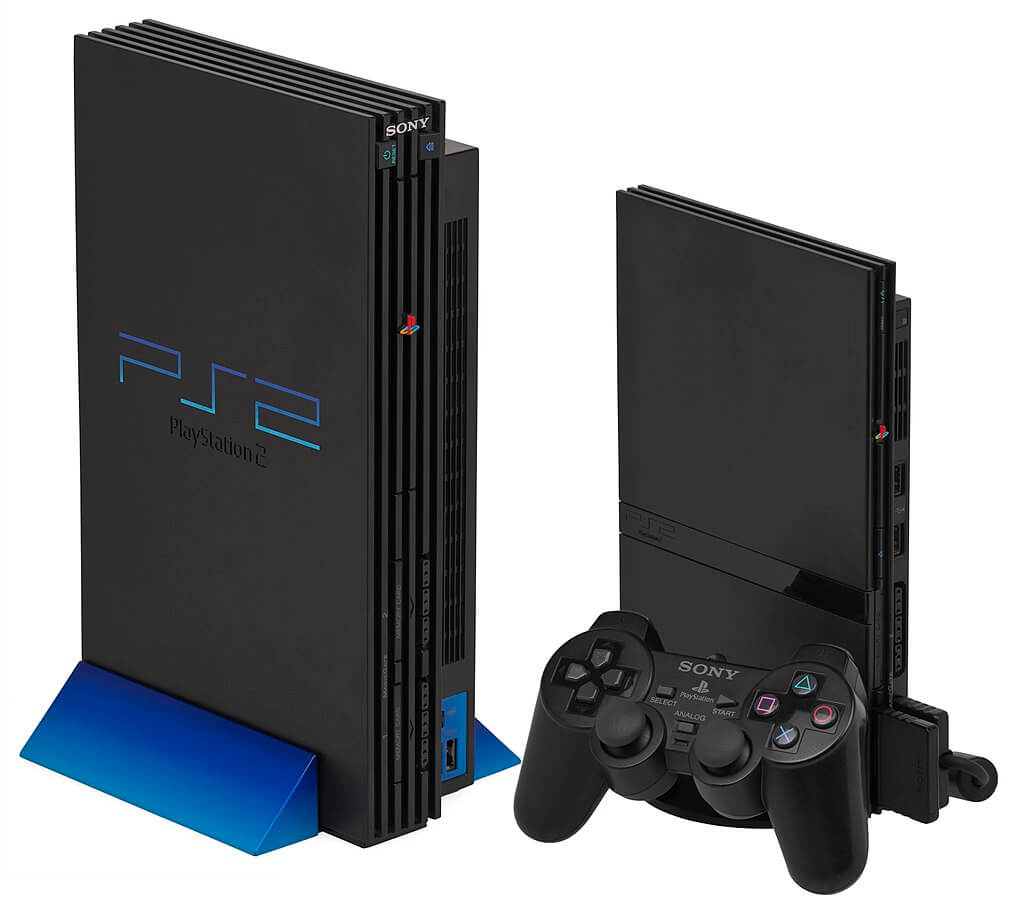 The PS3 audio era was the digital and HD era. The audio formats that the console offered got more diverse, with a 7.1 digital audio solution and HD Mastered Audio the output was digital and analog alike. With the launch of the PS3, Sony upgraded the HDMI chip to allow a binary sequence of lossless audio codecs to an external receiver. It was a way of saying, Digitally-Enhanced-Audio which provides a signal in a digital, analog, and optical form. With the launch of the PS4, things were moving even further.

The core of the PS4 was an AMD APU, and with this, Sony elected to rework the AMD TrueAudio engine to their advantage, incorporating parts from AMD’s tech into the console. The APU is a digital signal processing SIP block that shares a certain amount of similarity to AMD TrueAudio. Paired with a Digital Theatre Sound System, games never sounded better. And now, the PS5 is off the wall, new level, next-gen audio. With this tech, True-3D-Audio will be available with the right setup, and players can spacially identify sound bytes or individual acoustic ques. 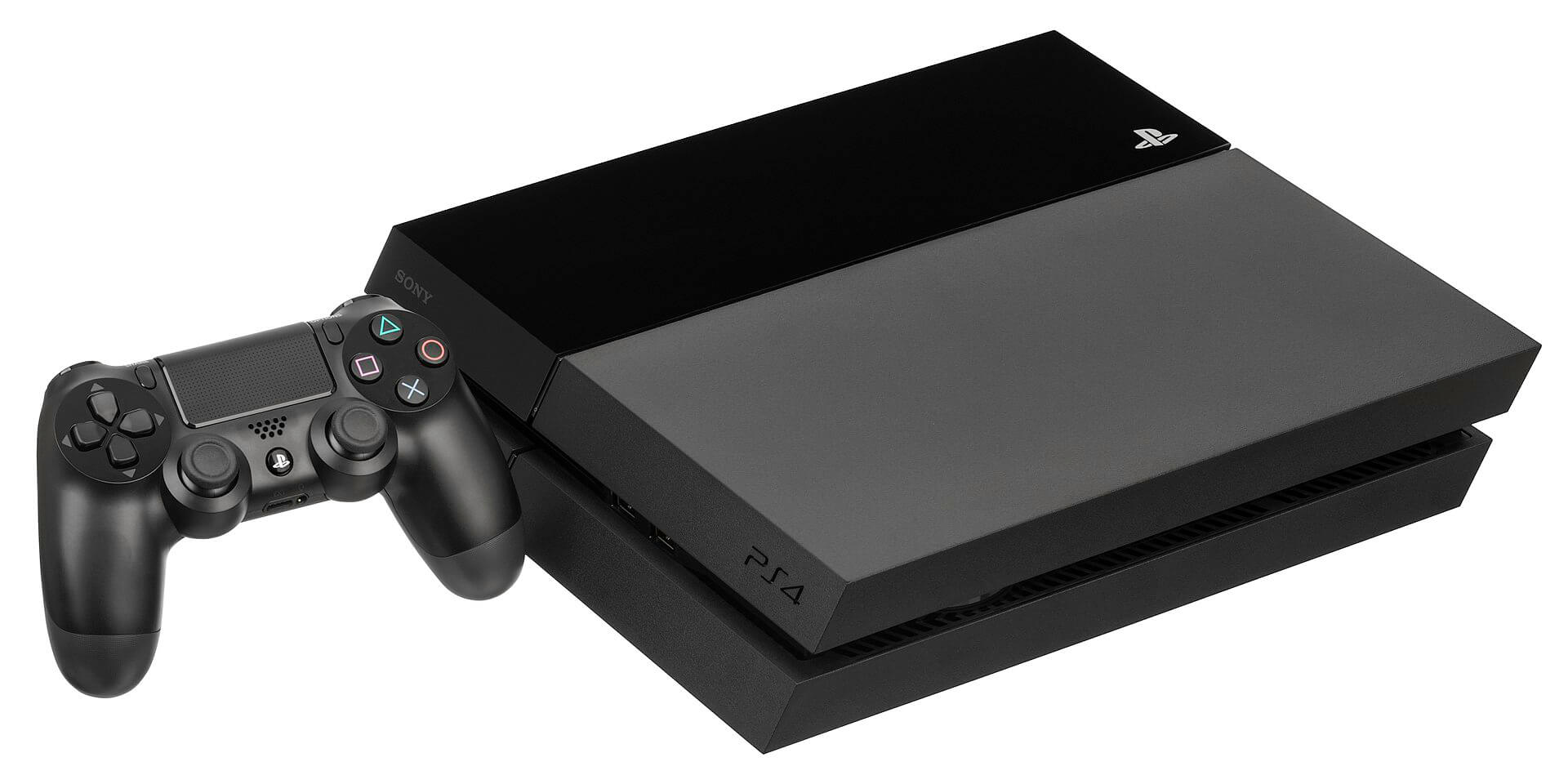 In competitive gaming, 3D-Audio can be a game-changer. The fact that the console has a 3D engine on the ready, from the box, especially if you play competitive FPS games, is some top-shelf offering, that will work with audio solutions that you already own. So this 3D stuff is going to be available to anybody that owns a decent pair of headphones. The Tempest Engine is in the early stage of adoption, and we need to see what game producers do with this spatial 3D technology from Sony.

The 3D-Audio in the PS5 will produce a fascinating result during video playback. Game creators can now design a scene with audio and visual in mind, painting not only a 3D canvas, for the player, but a comprehensive audio scene with detailed acoustics.

PS5 lead architect, Mark Cerny, built the console on three core principles: listening to developers, balancing evolution & revolution, and finding new dreams. Cerny stated that he was very disappointed in the fact that many developers don’t employ audio engineers, and the presence of one in a studio is a rare case. He was the centerpiece for this audio revolution on the Playstation 5. Sony is one of the leading producers of audio equipment, and with the aid of AMD’s Tempest Engine tech, Cerny moved from the PSVR with it’s “50 pretty decent sound sources” to hundreds of high-quality ones, that can paint intricate soundstages.

“If we were to use the same algorithms as PSVR, that’s enough for something like five thousand sound sources – but of course, we want to use more complex algorithms, and we don’t need anything like that number of sounds,”

The 3D-Audio-Engine can enhance an intense scene in a game by leagues, compared with what was available until now. An intense battle scene can now be an emotional trip, with battle cries going off into the distance, the sound of your weapon in the forefront, the sound of the ground you walk on coming from under you, and maybe the sound of raindrops falling on your armor. By generating an audio table called Head-related Transfer Function or HRTF, for short, Sony is hoping to simulate realistic Audio-Spatial-Positioning. By doing this, the player can perceive simulated audio processed through the soundscape that the table provides. Fundamentally the tech provides complex frequency and phase response algorithms that intend to simulate 3D binaural audio streams. In essence, it is a simulation of 3D-Audio with a high degree of fidelity and sound sources. 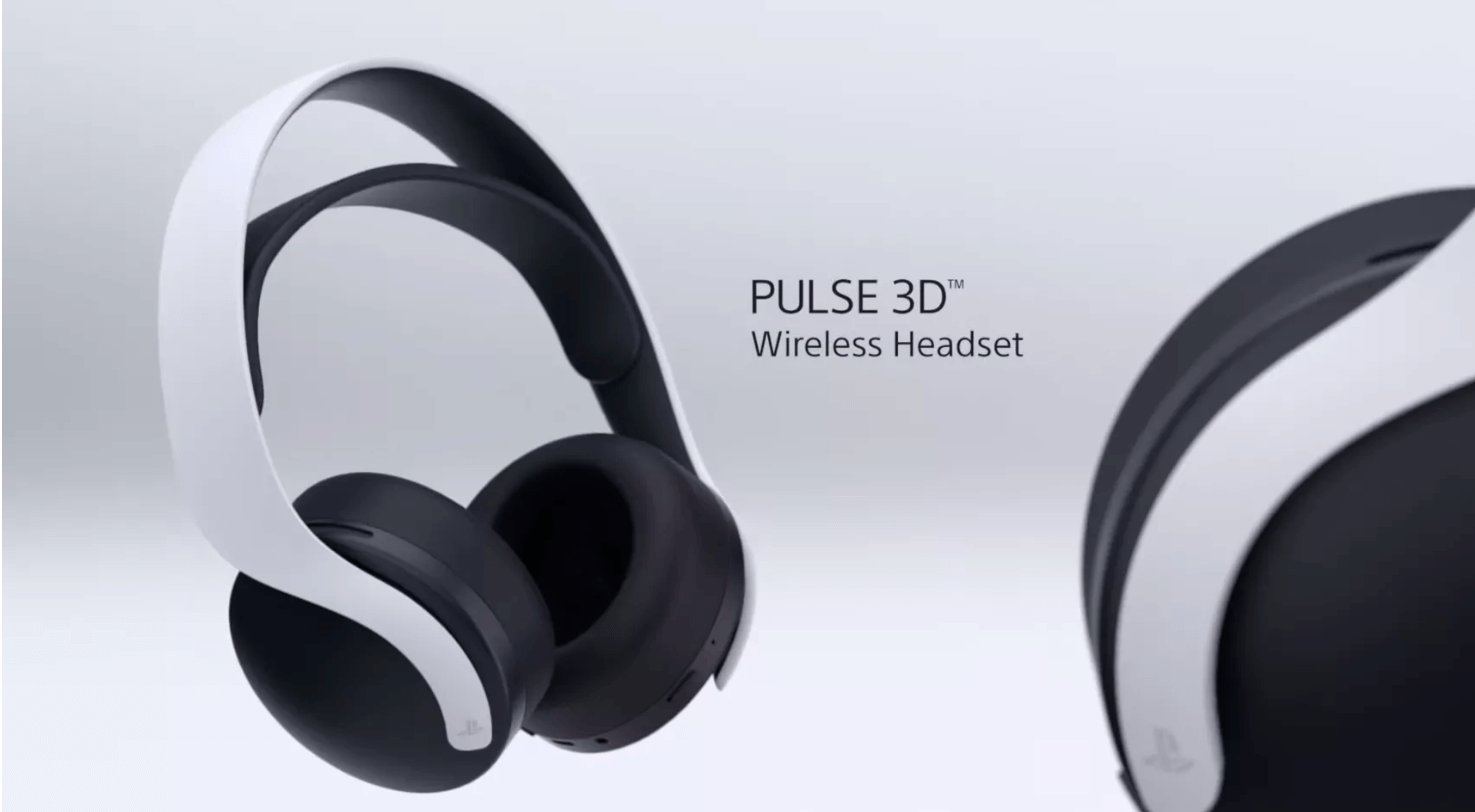 That is the level of detail we can expect from the PS5. Developers can spatially differentiate hundreds of sound sources and deliver them to one point of interest. That one point, in this case, is the player – that gets to experience accurately individual raindrops, for example. And the tech goes even further in the level of personalization that it offers. A recent statement made by Cerny indicated that the Tempest Engine takes into account the distinct shape of your ears and the size and shape of your head. Provided you send a picture of them to Sony to make a personalized audio profile for you. With five audio-profiles, available at launch, based on data gathered from 100 individuals, you’ll be able to configure the PS5 to deliver an amazing audio experience.

“Maybe you’ll be sending us a video of your ears and your head, and we’ll make a 3D model of them and synthesize the HRTF. Maybe you’ll play an audio game to tune your HRTF, we’ll be subtly changing it as you play, and home in on the HRTF that gives you the highest score, meaning that it matches you the best. A journey we’ll all be taking together over the next few years. Ultimately, we’re committed to enabling everyone to experience that next level of realism.”

The Future and wishful thinking

In the beginning, Sony wants to concentrate on delivering 3D-Audio for standard headphones. But in time, the Tempest Engine aims to bring a 3D-Audio experience to television speakers, soundbars, and surround sound systems. Depending on what focus Sony has, probably TV speakers and then other audio peripherals, it will take a couple of years to accommodate the tech to the current audio-ecosystem. After this period of grace, we can get access to more advanced ways of projecting sound, like Digital Theater soundbars that can transform your living room into a jungle, need be.

Companies like DTS, which specialize in the creation of a digital theatre, can be a good pair with the Tempest Engine. The level of expertise that these companies provide and future partnerships between and Sony can lead to amazing results. Imagine hooking up a DTS soundbar to a PS5 and getting the same audio quality that you’ll otherwise get from a pair of headphones connected to your console. Future collaboration between manufacturers and patent holders can lead to that. It’s like cross-platform, but for sound output engines. If you think about it, the sound-engine that provides lesser compression in the encoding process during output wins. On top of this, that is a better depiction of the original sound source. But this will come in the future.

No company has ever attempted to implement an HRTF model into an external speaker system, and it will have some binaural audio limitations. This tech can rival, at a certain degree, expensive audio setups, offering directional precision and quality that only high-end HRTF binaural headphones can provide. If Sony finds a way to translate it to a speaker form, at least partially in the beginning, gameplay will never be the same. It is wishful thinking, but admitting that, the audio tech, alongside the storage solution of the PS5, is indeed next-gen. With that next-gen in mind, we hope that the 3D-Audio capabilities of the PS5 will keep moving forward, giving the user new ways of experiencing sound.

Sony is aiming for another dimension of sound design in the digital age. Acknowledging that the 3D-Audio is not dependent on an Optical Output to deliver high-end audio and the Playstation 5 is going for high-density data transfer of bitstream audio files, it is another way to experience 3D-Audio. This chip is a cheap and elegant solution to deliver a high-end audio stream during use, that, if adopted by game makers, can change the way we experience sound on consoles forever.