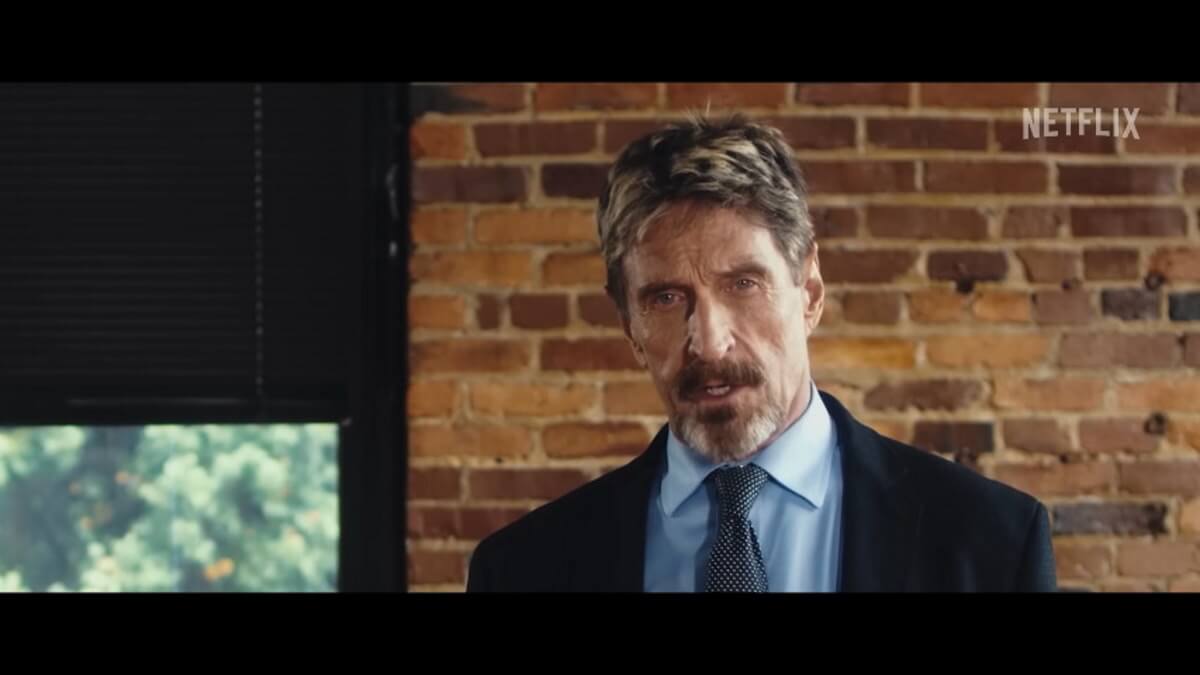 Thought John McAfee couldn’t possibly be a more unpleasant, deranged individual? Think again, because based on the upcoming John McAfee documentary on Netflix called “Running with the Devil”, new footage will shed light on him and show his “real” self.

McAfee, a controversial figure in tech who was accused of murder, among other crimes, but also had a hardcore fanbase in the Bitcoin community, actually comissioned footage of himself, footage that’s now found in “Running with the Devil’.

According to Engadget, the new Netflix documentary blends that footage with the lost, unreleased Vice documentary On The Run with John McAfee, and is roughly broken into three parts chronicling the rise and fall (and rise and fall, rinse and repeat) of the former antivirus CEO.

The outlet provides a good summary of why McAfee still continues to capture public attention:

“It attempts to chronicle the life of the antivirus software pioneer from when he was named as a person of interest following the death of his neighbor Gregory Faull in Belize, through to his death in 2021.

McAfee would spend his last decade on the run from pursuers, both real and imaginary, become embroiled in a cryptocurrency scam, try to run for US president (twice) and loudly declare that he refused to pay his taxes, which attracted the attention of the IRS. Arrested in Spain on charges of tax evasion, he died by suicide in his prison cell”.

Netflix’s “Running with the Devil” will launch on August 24.

If you want to get up to speed on McAfee’s crimes before that, look for the 2016 documentary Gringo: The Dangerous Life of John McAfee on Showtime as well.