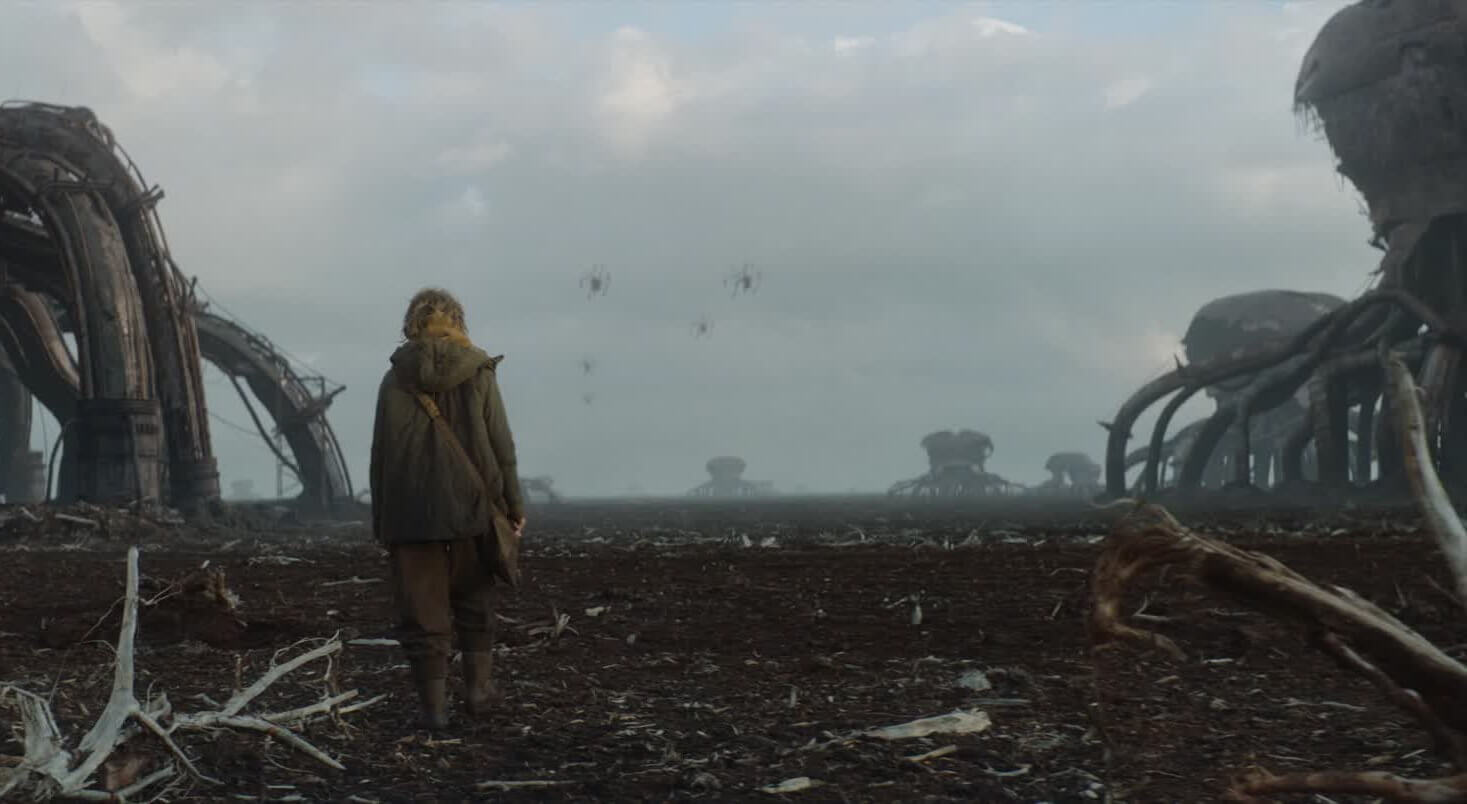 Fans of sci-fi movies and books by authors such as Paolo Bacigalupi should add the Vesper movie to their “must watch” list.

The new Vesper trailer that just dropped presents an ambitious sci-fi story about a scary future.

This story doesn’t concern itself with alien invasions or other sci-fi staples but instead takes current fears and follows them to their logical conclusion.

Set in a world where climate change has ravaged the landscape and left most of humanity fighting for scraps, while elites are locked away in a luxurious city.

Vesper is a 13-year-old girl who says she has the skills to change this, as she tries to revive some patent-locked GMO seeds in order to help feed people.

“Set after the collapse of the Earth’s ecosystem, Vesper follows the titular headstrong 13-year-old girl (Raffiella Chapman), who uses her survival skills to subsist in the remnants of a strange and dangerous world with her ailing father, Darius (Richard Brake).

When Vesper finds a mysterious woman, Camellia (Rosy McEwen), alone and disoriented after an aerial crash, she agrees to help find her missing companion in exchange for safe passage to the Citadel—the dark central hub where oligarchs live in comfort thanks to state-of-the-art biotechnology. Vesper soon discovers that her brutal neighbor, Jonas (Eddie Marsan), is searching for Camellia, who is harboring a secret that could change all of their lives forever.

Forced into a dangerous adventure, Vesper must rely on her wits and bio-hacking abilities to unlock the key to an alternate future.”

You won’t recognize Richard Brake at first, because his most famous role had him in full makeup, but he was one of the actors who played the Night King in earlier Game of Thrones seasons.

However, you might be familiar with Eddie Marsan from his excellent performance in the fantasy series Jonathan Strange & Mr Norrell, where he shared the stage with another Game of Thrones actor (Paul Kaye as Thoros of Myr).

You can watch Vesper in theaters and VOD on September 30. Until then, if you want a flying robot friend like Vesper has, you could replay Portal 2 and enjoy Wheatley’s endless witticisms.