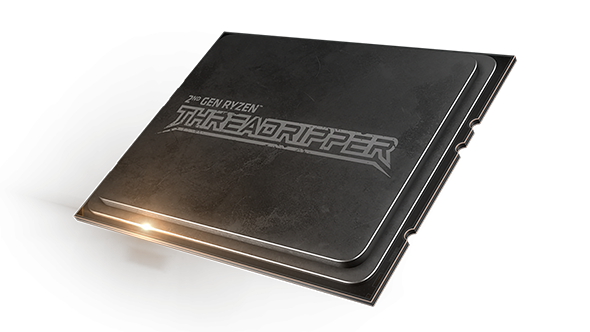 AMD announced it’s new 32-core CPU back in June during Computex, and it’s been one of the most anticipated things in this particular branch of the industry since then. Now, AMD finally took the wraps off the on the CPUs they had dubbed the Threadripper line.

The CPUs will fit into any X399 motherboard that has a BIOS update because all the chips use the TR4 motherboard socket, the same one as the first-gen HEDT chips. They also feature AMD’s recent boosting algorithms that have features like Precision Boos and Precision Boost Overdrive.

The Threadripper 2990WX, which is the real star of the show here, follows the 12nm ZEN+ architecture and it comes with 32 cores, 64 threads, and a 3GHz base clock frequency which boost speeds up to an impressive 4.2GHz.

According to AMD, this chip is over 50% faster than Intel’s Core i9-7980XE Extreme Edition and also that the CPU ranked the highest ever score in the Cinebench single-socket desktop category, that score being 7,618. Previously, the record was held by Intel, who scored 5,828 points with the Core i9-7880XE.

The Threadripper 299WX will ship on August 13 with a price tag of $1,799 and the pre-orders kick off today. It will be followed by the Threadripper 2950X, which will have a release date on August 31 and it will cost $899, much cheaper than its 2950X predecessor even if it offers a single-core boost speed of 4.4GHZ.