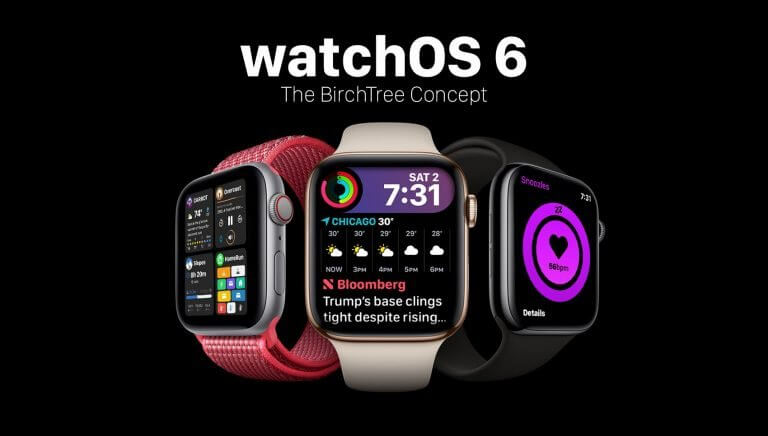 We’re expecting Apple to reveal its next watchOS in the coming months (it’s rumored it will happen in June during the WWDC) but, as you might have noticed, a number of people have always been offering alternative concepts for the Apple devices – mostly iPhones, true, but one of them has now decided to focus on the Apple Watch.

This concept was created by Matt Bircher, and on his blog, he lists all the ways Apple could improve the Apple Watch platform.

One of these first suggestions is an update for the Siri face. His own concept shoves the blue and purple cards aside and replaced them with an infograph and complication style. This leaves more space for user interfaces that can be customized.

Bircher adds that the sleep tracking feature is not very ‘easily parsable’ and, while he doesn’t give any suggestion on how to do that, his concept does suggest new ‘well being’ rings that can display information about sleep and meditation, for example. These rings would make it easier to know how long you’ve slept, what your average heart rate was and more.

One of the many inconsistencies the Apple Watch has is slow or downright not functional data transfer for third party apps and this is an issue Bircher addresses as well:

“Sometimes it’s pretty good, with say a podcast syncing over in a minute or so, but often it is terrible, with sync taking many minutes, hours, or simply not working at all. This inconsistency is frustrating and makes you trust the feature less.” Bircher states in the post “I have a WiFi-only Apple Watch and I hardly ever bother to try and sync things like podcasts or music to it because I don’t trust that it’s going to get the job done. This means all of my workouts involve me taking my iPhone with me even though I’d much rather leave it at home.”

He suggests that, by making it the default for the watch to just use WiFi instead would solve the issue since the Apple Watch makes its own decisions on which one to use sometimes. More often than not, the watch will choose Bluetooth, which is slower or doesn’t even work at all, simply because it doesn’t use battery as fast.

He didn’t stop here and added that there could be a functionality for the iPhone and Apple Watch to work together – he suggests that when you’d open the camera app on the iPhone, the companion Watch app would do the same. And, though he and everyone else knows that watch faces that are always-on waste a lot of battery, he stated that he would like to have them regardless.

Finally, he adds that he hopes to see “more focus put on adding new watch faces, as well as updating the existing watch faces Apple already has. Most of the watch faces we have in watchOS 5 are the same, or slightly modified versions of what we had in the very first version of watchOS in 2015. Now that we have larger watch faces and new design elements, I think it’s time for Apple to spruce up the classics.“

He goes on to add that he’d prefer watch faces that actually are more visually pleasing than faces that are very data-dense.

What do you think?