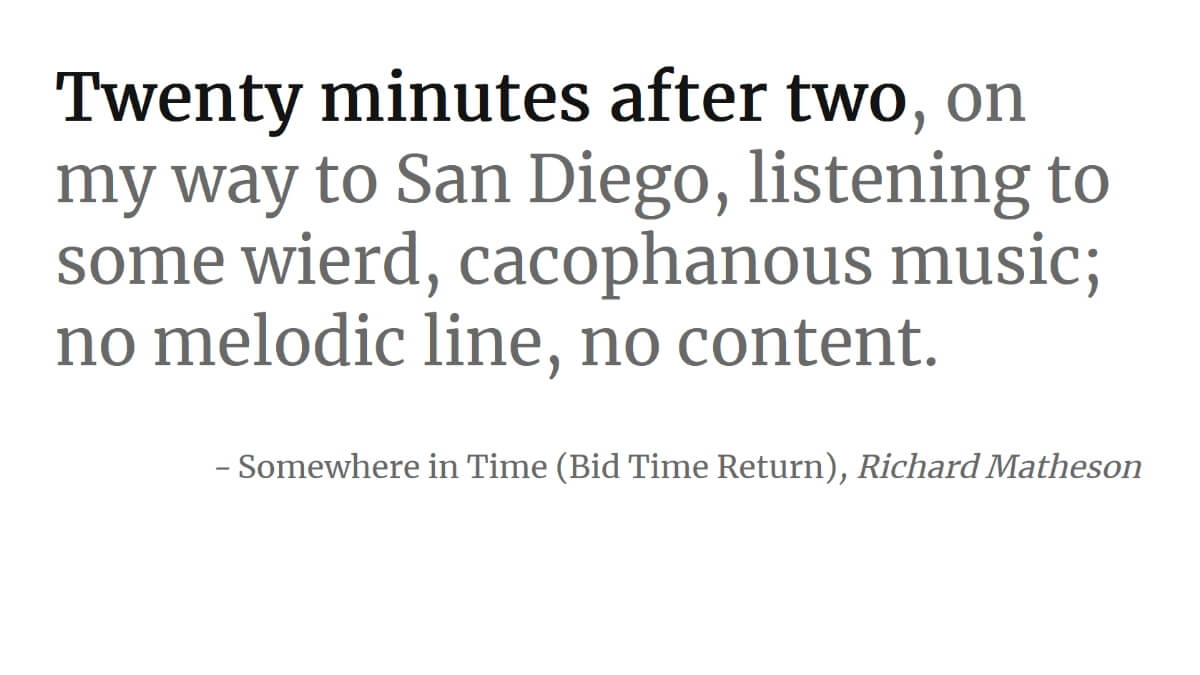 How does a bookworm tell the time? It’s not the beginning of a punchline but a plug for the Literature Clock, an inspiring project and cute little website that gives you quotes for the precise time.

The Literature Clock is one of those fantastic niche sites so abundant during the early days of the web, pre-social media, and it does only one thing: it gives you the time as it appeared in a famous work of literature.
For example, at 1:42 PM it gives you this relevant quote from Stieg Larrson’s Girl with the Dragon Tattoo: “The last note was recorded at 1.42pm: G.M. on site at H-by; will take over the matter.”

Then, a few minutes later, it shows a Robert Ludlum quote that’s not only timely, so to say, but will also make you wanna curl up in a corner with a great action book:

“It was twelve minutes to two in the afternoon when Claude Moreau and his most-trusted field officer, Jacques Bergeron, arrived at the Georges Cinq station of the Paris Metro. They walked, separately, to the rear of the platform, each carrying a handheld radio, the frequencies calibrated to each other.” – from The Apocalypse Watch.

The project was inspired by the Literary Clock someone made out of a Kindle e-Reader, which also displays a quote containing the time of day.

If you have an old Kindle you no longer use, you can build your own Literary Clock using these instructions.

If not, the Literature Clock is always a great option, as long as you can open a browser window on any device.