Those Aren't Eyes: Check Out This Terrifying Closeup Photo of An Ant's Face 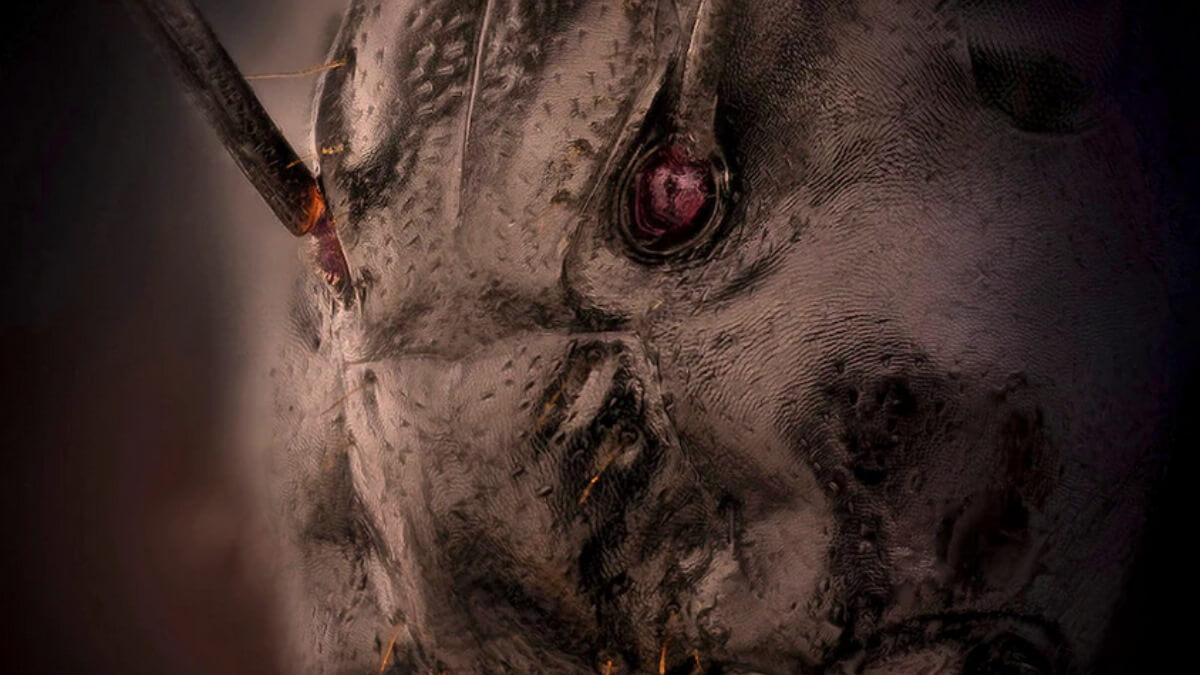 Those Aren’t Eyes: Check Out This Terrifying Closeup Photo of An Ant’s Face

This photo of a carpenter ant’s face is equal parts fascinating and terrifying.

After this nightmare fuel of an image made rounds online, it has now gotten an award as an “Image of Distinction” from Nikon, as part of the 2022 Small World Photomicrography Competition.

However, don’t let it haunt your dreams because, although scary looking, what you see in the picture are not ant eyes. Instead, you’re looking at the base of its antennae, not blood-shot eyes.

The photo was taken by Lithuanian wildlife photographer Eugenijus Kavaliauskas, who used a microscope and magnified five times to get that level of detail.

Asked if he thinks it’s scary by Insider, the photographer said that, while the first time he got started with microphotography, he thought “all beetles look a little like monsters.” However, after getting used to them, he found that “there are no horrors in nature.”

We beg to differ but maybe we haven’t gotten so up close and personal with bugs before.

Kavaliauskas’ photo was definitely the most viral from the ones submitted in the Nikon 2022 Small World Photo but it only won him a small award with a value of $35.

The big prize, worth $3000, was given to Grigorii Timin and Michel Milinkovitch from the University of Geneva, who took a magnificent photo of a gecko’s front paw.

If you want to participate in next year’s competition, the 49th organized by Nikon, you can send your submission here before April 30, 2023.

Those Aren’t Eyes: Check Out This Terrifying Closeup Photo of An Ant’s Face