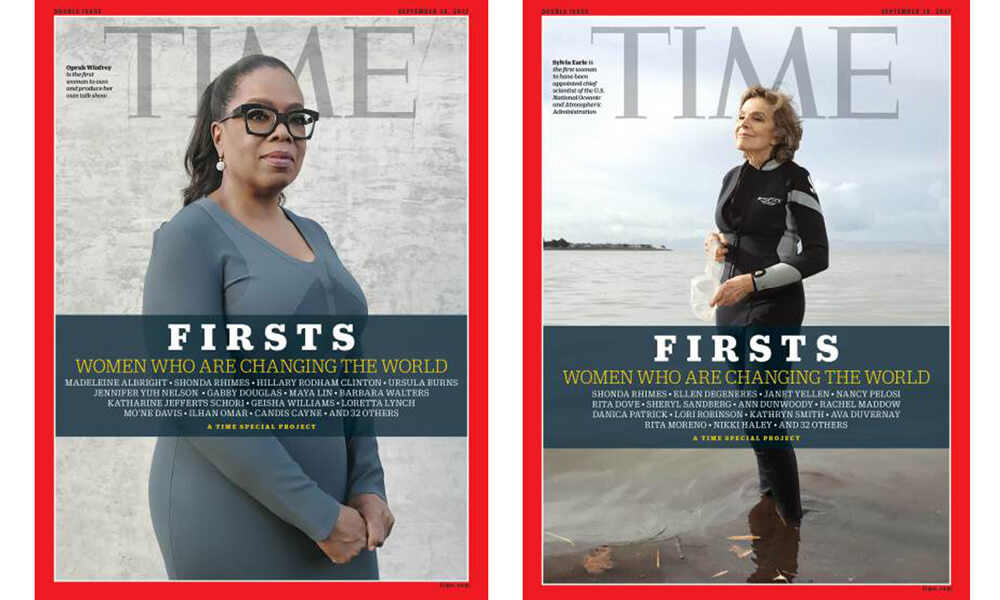 Photography is about much more than expensive and elaborate camera equipment. A 28-year old photographer and Time magazine proved that recently. They disclosed that the 12 covers in their FIRSTS series were actually shot with an iPhone #mobilemagic

Kira Pollack, Director of Photography and Visual Enterprise at TIME, wrote how she discovered the young photographer on Instagram. Luisa Dörr left an impression with a striking feed filled with powerful women portraits. Since Time wanted to tell stories about women “who have broken glass ceilings in every field”, Dörr could have made a perfect match. Plus, it would be a real challenge for both the magazine and the photographer to shoot powerful women portraits with just an iPhone.

In the end, it all worked out beautifully. Remarkable women like Oprah, Ellen Degeneres, Hillary Clinton, Sylvia Earle and many others were captured in natural light, with a smartphone, using only a reflector.

Dörr told the magazine how, many times, she only had five minutes at her disposal to capture the portraits: “The shortest shoot was two minutes and the longest shoot was 20 minutes, but most shoots were around five to 10 minutes.”

The Brazilian photographer also gave technical details: “I used my iPhone 5 for the first portrait session of Mary Barra, and then changed to the iPhone 6, and then the 6S Plus. During the course of the project, the iPhone 7 was released, so I was able to photograph the last 36 subjects with the iPhone 7. […] it was complicated to play around with even a little bit of light control, I started using automatic HDR.”

It seems too good to be true, we know. Yet, the shoot was never meant to be mesmerize with surreal effects, Kira Pollack explains: “[iPhone] such a universal tool in fact became a refreshing and equalizing force for each session. It enabled the shoots to be much more about the “act” of portrait-making—the gestures, the eyes, what even the most subtle body language can reveal about a person.”