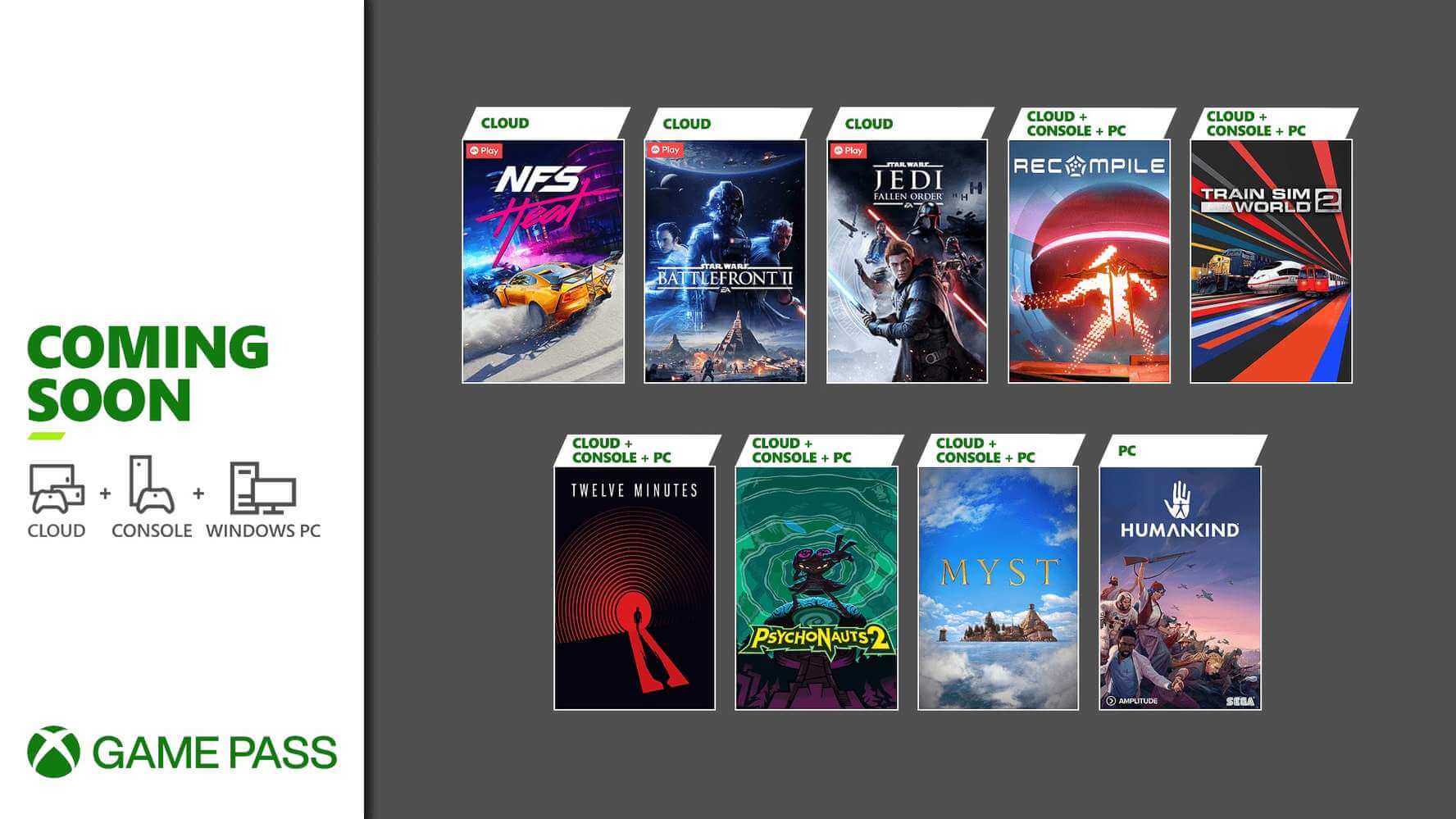 Xbox Game Pass is always adding new games to its library. The last couple weeks of August look especially exciting for the platform as several highly anticipated games are coming out Day One.

Here is everything announced on Xbox Wire for Xbox Game Pass:

Civilization simulator takes a whole new turn as you have the power to guide, shape, and combine multiple features from up to 60 different cultures to make your own civilization. In the era of humankind, who will make history?

Need for Speed Heat brings back Need for Speed’s street and open world racing style. It is flashy and chaotic, and in Night Mode, police cars can appear to chase you in the middle of a race.

Star Wars Battlefront II is the kind of Star Wars experience most people want – multiplayer action, Jedis vs. the Empire, lightsaber vs. blaster. Play as one of many of the series iconic characters, and if you’re good enough, earn your way up the ranks.

Star Wars meets action-adventure (truly a notable thing at the time of the game’s release) in Star Wars Jedi: Fallen Order. Take control of a young, but unexperienced Padawan and navigate the galaxies in order to get proper training in the Jedi arts to take down some of the Empire’s greatest foes.

Available Day One, this 3D, aesthetic, action adventure takes players through a mysterious cybernetic world. Playing as a humanoid program, you fight for survival against machine-like beings who try to delete you.

Learn how to take control of the train, from passenger to freight trains. Travel over the world, completing missions, and take your trains through routes all across the world.

Twelve Minutes is an interactive, movie-like thriller where you as the player are stuck in a time loop. In those twelve minutes, and the many twelve minutes after, you have to find out a way to save you and your partner from the sudden accusation of murder.

Available Day One, the sequel to the much beloved Psychonauts is a mind-bending platform-adventure. Use your psychic powers (and new abilities to boot!) to explore the minds of others and fight a psychic villain.

Step into an eerie mysterious island as you try to “uncover a story of ruthless family betrayal.” Myst is available Day One.