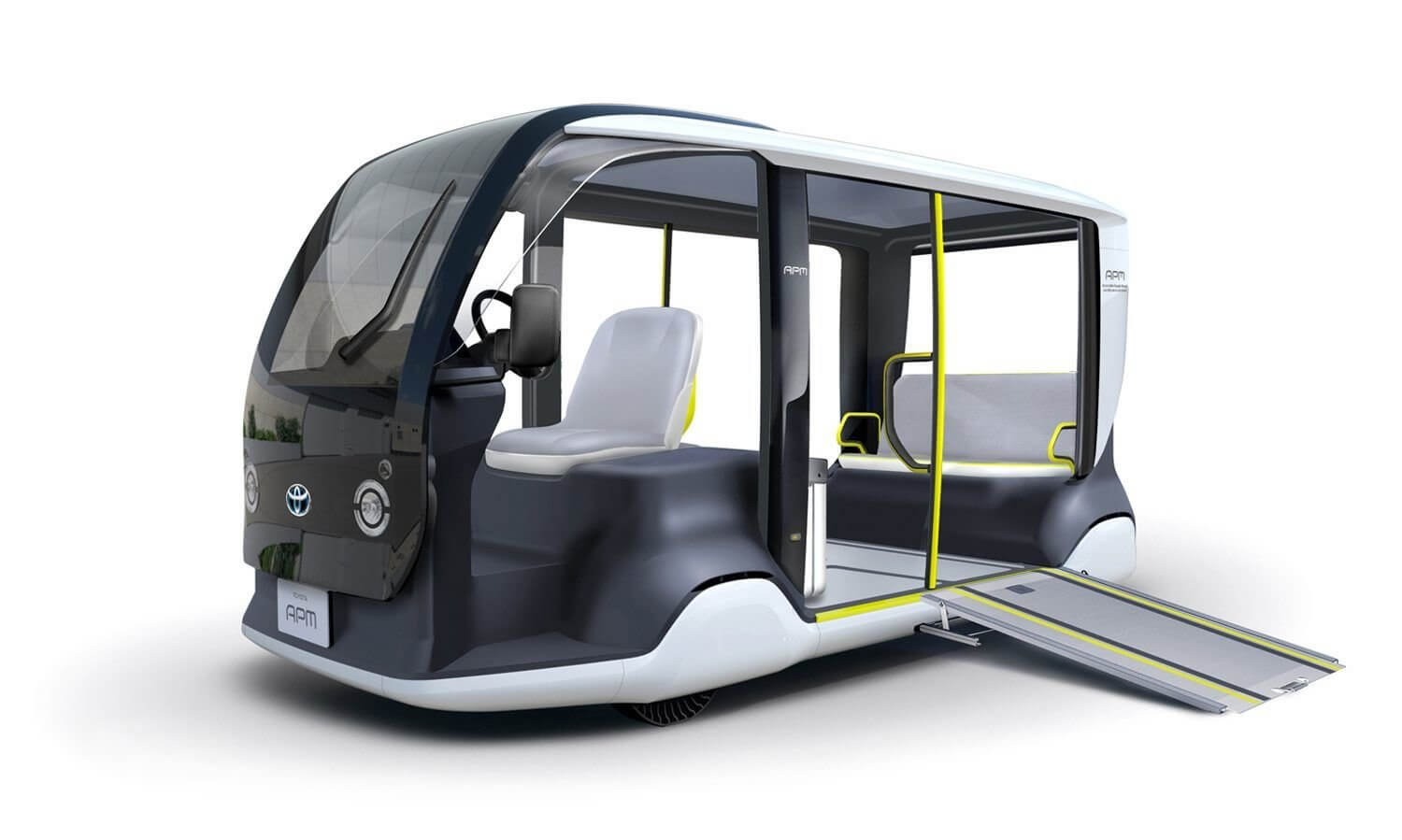 Toyota, as a partner of the 2020 Olympic and Paralympic Games, announced yesterday that it has developed a new product, especially designed for the Olympics.

Dubbed APM (Accessible People Mover), Toyota’s electric vehicle wants to offer everyone at the Olympics freedom of movement. APM is a slow-speed, short-distance vehicle that has three rows of seats but can easily accommodate wheelchairs by folding the second row seats. In case of an emergency, it could even fit in a stretcher.

The driver’s seat stands in the middle, in order to help the driver keep an eye on the passengers as well as to be able to help them out with their individual needs upon entering or exiting the vehicle.

The vehicle will transport both athletes and staff to events, venues and the Olympic Village but will also be used to serve the elderly, people with impairments, pregnant women and families who have small children.

It is equipped with rain curtains for the rainy days but features no doors to speak of.

To say that this type of transportation would be a really useful addition for the disabled athletes would be an understatement: it’s well-known that neither the Olympics or the Paralympics haven’t done very well on providing their disabled athletes with better ways of getting around.

In addition to that, the Tokyo Games tickets have pretty much sold out, so the crowds the city is expecting might prove to be overwhelming if an infrastructure especially designed for the Games won’t be set into place well in advance.

The company says that it will use about 200 APMs during the Games and each one of them can fit in around six passengers total.

The vehicle is powered up by lithium-ion batteries that can juice it up for about 62 Miles (100 Kilometers) on a single charge, at a maximum speed of 11mph (19kmh).

For now, Toyota is still testing the vehicle and plans to make further improvements before introducing it to the public during the Tokyo Games.

The company will also delight the attendees with robots that will serve food and drinks and there’s word that Toyota is even thinking about bringing in a few more specialized robots who could help out the wheelchair-bound guests.

One of the most interesting pieces of tech Toyota plans to introduce during the Olympic Games is a flying car of sorts that will light up the Olympic flame. If that particular project will come to fruition, that remains to be seen.

Until then, the APM and waiter robots should prove to be enough.