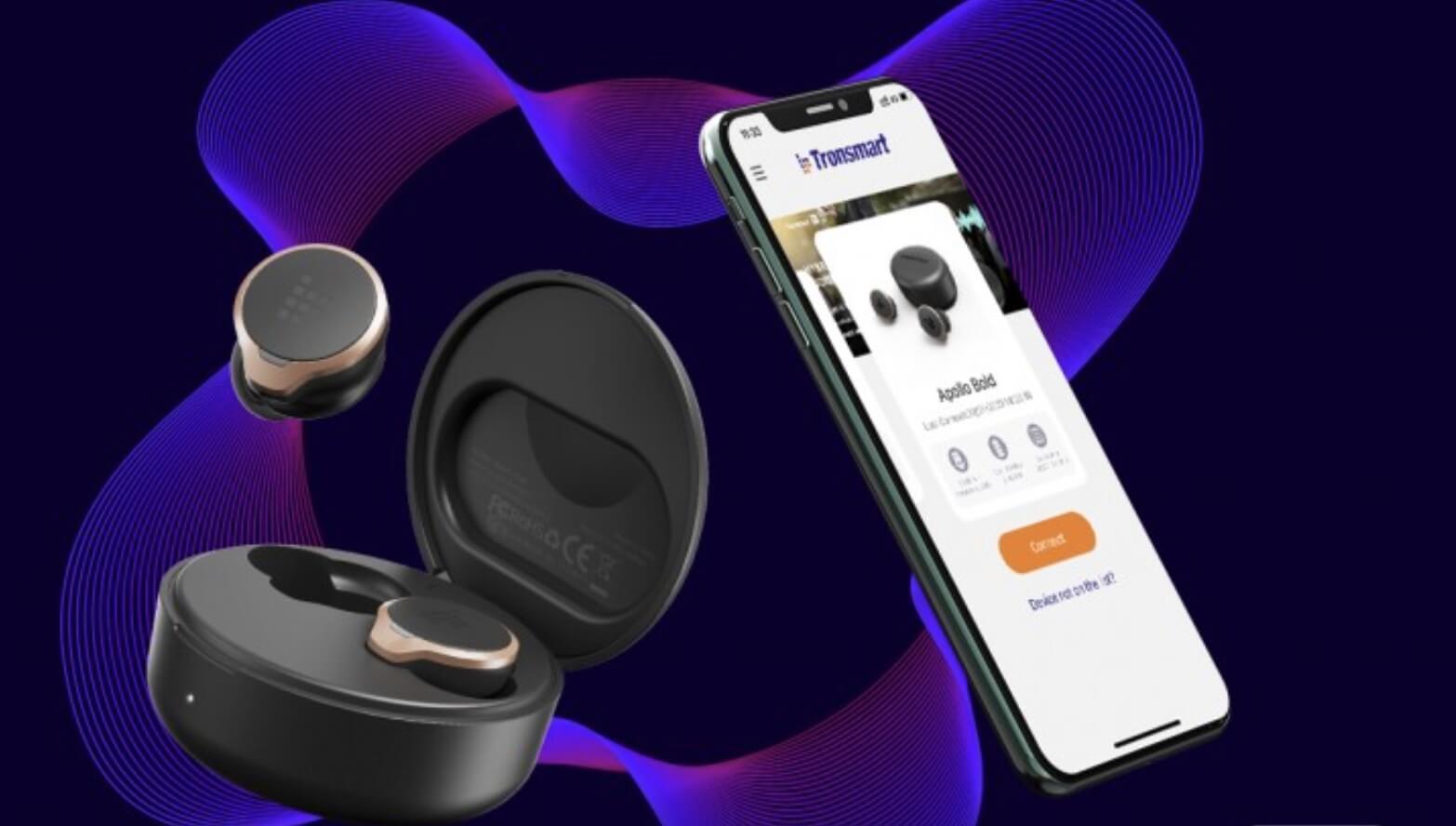 When I received the Tronsmart Apollo Bold for review, I was a bit skeptical about this pair of truly wireless earbuds. Then, I actually went and used them at a shooting range.

I’ve been looking for a good pair of wireless buds for a few years now. I want my buds to be comfortable because I would end up wearing them from dawn till dusk. A pair of good buds should have at least a full day’s battery life (so at least 16 hours), have no problems with lag or pairing issues with multiple devices (because I want to be able to switch between my phone and my computer seamlessly), and they should sound good.

After trying out a few different models, from Chinese knockoffs of Apple Wireless Earbuds to actual Apple Wireless Earbuds, various Bluetooth single-ear sets, and some other models of buds, I started taking noise-canceling seriously because of my work. My work needs me to be focused, and I’m very easily distracted. So, I’ve been keeping an eye out, not knowing that this pair is going to fall into my lap for review.

The Tronsmart Apollo Bolds come in fancy packaging, taking a step away from Tronsmart’s usual purple-and-orange cardboard. The box is book-style, with magnets on the side for closure. There’s a whole bunch of text about how the Apollo Bold works on the inside of the box and what active noise cancellation does. So, if you see them on a store shelf, you can read the side of the box and inform yourself about what noise canceling is.

The box contains the earbuds and charging case, manuals, replacement earbud tips and a charging cable, plus a handy little vinyl carrying bag for the earbuds. It’s not very different from any premium brands out there, with the caveat that the Tronsmart Apollo is two-thirds of the price asked by major brands.

The case is pretty nice. It’s a simple, rounded, low-profile black cylinder with a magnetic hinged cover. I said pretty nice  because the case feels flimsy and cheap to the touch. Like you are about to break it in half if you apply too much force. It squeaks and rattles when you shake it, but, in all the weeks I’ve been using it, the case has stayed in one piece. Also, the hinge feels a little flimsy, moving back and forth a little bit.

On the front, there are charges and battery indicator lights. On the back is the USB-C charging port, the only way to charge it, and sadly there are no wireless charging coils in this iteration.

After pulling the buds out, my first impression was: These earbuds are big but light. The size is a must to accommodate the large touchpads, rather than switches, which is a plus. Once charged, I tried to pair them. You have to pair the case rather than the buds. That’s not the problem. The problem is figuring out the damn pairing beeps. 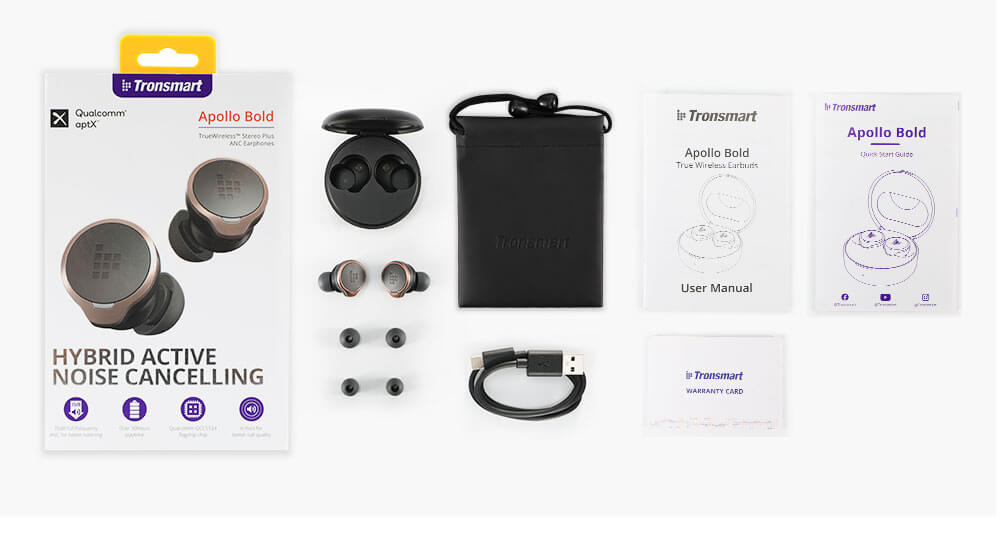 Oh, and there’s no indicator when getting disconnected. Good luck figuring out that phone call. Some of the user experience with the touch controls can be irritating at first. Still, after a while and some muscle memory training, using them is going to be a breeze. So before I get further into my experience with these buds, I want to indulge by taking stock of their specs. I’m a spec-monkey and like to compare products on actual numbers.

I’ve also used them in a shooting range, under the protective headphones, for some extra safety, and I must say I am more than pleased with the end result. After one hour of shooting, I had no ringing in my ears, like I usually do. So in this regard, I can’t recommend them enough. They just fit in your day to day life.

The buds use Qualcomm QCC5124which supports TrueWireless Stereo Plus. They only go up to Bluetooth 5.0, which is not the latest, but is not bad. The claimed range is about 15m or 50ft. As far as codecs that are supported, you can count on aptX, AAC, and SBC. The Active Noise Cancellation is good up to 35dB.

The drivers are 10mm wide, so you can see why these buds are pretty big. You can also see how they’re able to build quite a bit of sound pressure. The frequency range is the usual claim of 20Hz – 20KHz. They’re rated IP45,which means you can use them in the pool. 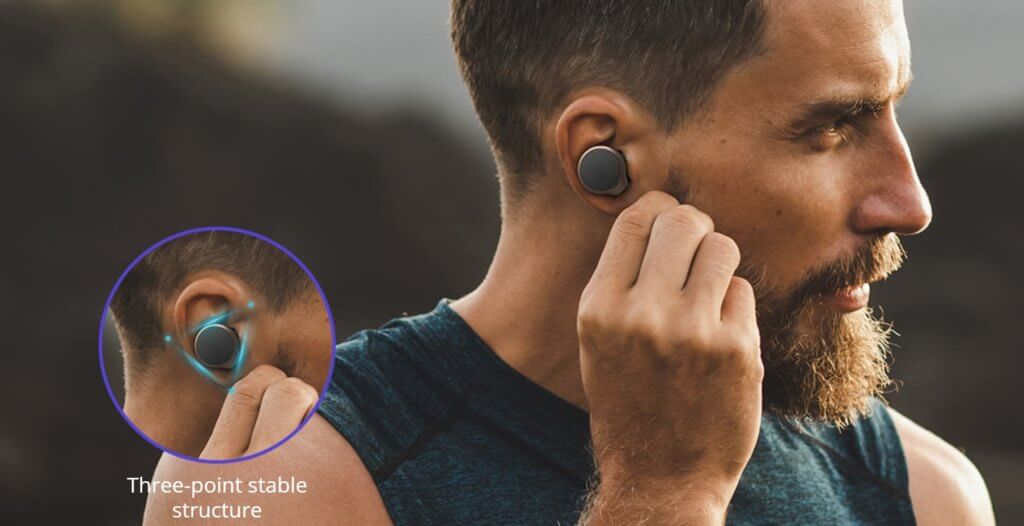 Battery capacity is rated at 85mAh per earbud and 500mAh for the case, which translates to a theoretical Play time of up to 7 hours with ANC and up to 10 hours without ANC.

How to use the Tronsmart Commands

The media controls are one of the most critical aspects of truly wireless earbuds. Here is what you need to know:

Pairing is done by tapping three times and then holding for 2-3 seconds on the third tap on one earbud. Make this gesture on both earbuds at the same time, and they’ll enter unified pairing mode. You can also pair only one at a time by keeping the other in the case with the lid closed. 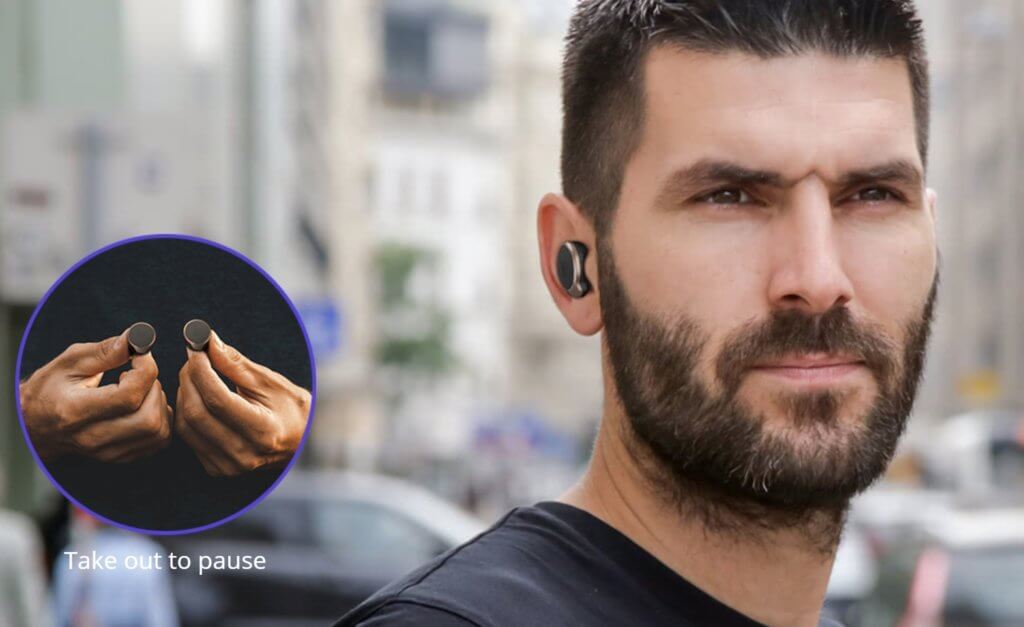 I have used this pair as a daily driver for more than a month now. I’m no super music buff, and most of my music comes from Spotify, Google Music, and Youtube. If initially, I used the Tronsmart Apollo Bold exclusively with my phone, a power failure made me integrate this pair with other devices around the house and at work. After my old pair of Bluetooth headphones went the way of the Dodo, the Tronsmart Apollo Bold became my daily driver. And stuff started to change around me.

Taking advantage of the active noise canceling, white noise emitter, and all the bells and whistles that Tronsmart put inside – I realized that I can cut myself out of some external noise pollution, and not be obligated to listen to everybody around me. And, on top of that, I had my music playing in the background that sounded amazing. I realize that makes me sound like a bad guy, but, in all honesty, none of us want to hear the other guy yelling on the phone next to us in public transportation, or someone asking for the manager.

This is where this pair of true wireless – noise-canceling – earbuds makes a difference. A bit of white noise, a bit of noise-canceling, and some good music, and the world around you will be more chill.

So are the Tronsmart Apollo Bold a good option?

Except for the poor build quality of the caring case, the Tronsmart Apollo Bolds are a mid-range looking pair of wireless earbuds, with some top-notch specs under the hood. With a small price, high-end specs, and excellent audio quality, this product needs a second revision.

With a better case, better gesture implementation, and some vibrant colors, and who knows, maybe Tronsmart can give companies like Apple and Samsung a run for their money. If you want some good audio quality, true wireless, noise-canceling earbuds, and you don’t want to break the bank, you should look into them.