U.S Army Plans To Send Driverless Vehicles To War As Early As 2019 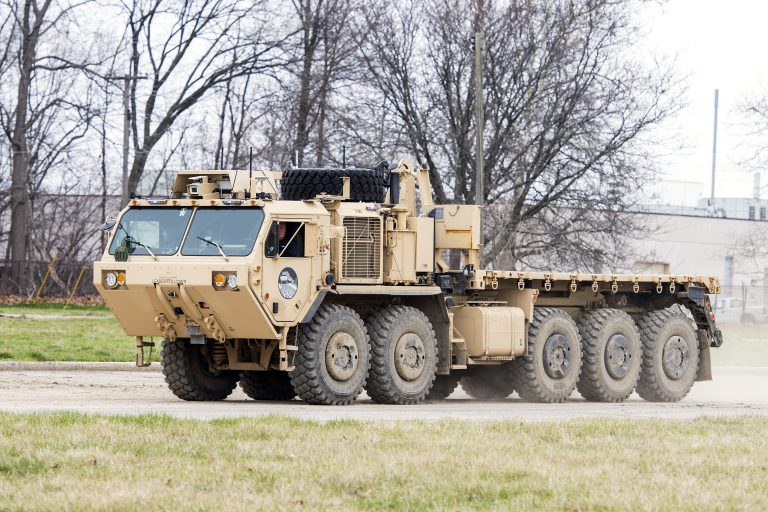 Self-driving cars are impressive to begin with but add military features and you’ll find they’re even more so.

The army has been trying to get robots involved in warfare as early as the 1950s, in an attempt to create a safer distance between the American soldiers and their enemies.

A lot of this research and development is now being carried out at TARDEC (Tank Automotive Research, Development and Engineering Center) in Warren, Michigan, and one of their latest creations is getting ready to join the human forces in September 2019.

We’re talking about the ‘Leader-Follower’ technology. The tech is implemented into regular military trucks to get a bigger brain. The unmanned trucks will be following behind a human driver and they will need to stick to the trail without having to rely on street signs, lane markings or GPS.

The technology could free up manpower for the front lines and considerably reduce IED-related casualties.

“If you look back at the Iraq war, one of the most dangerous duties was driving, riding in a convoy between Kuwait City and Baghdad. We lost many, many soldiers, too many soldiers, to IED (roadside bomb) attacks, other attacks on convoys. I could’ve reduced that vulnerability, that sacrifice, (with) unmanned convoys or convoys that were manned by (only) a couple of soldiers.”

It looks a bit like crab walking, this ‘follow the human’ type of technology, but building a self driving software that can travel across hostile territories and avoid threats (unlike the ones Google or Tesla models face) is a completely new challenge that will, at least at first, still need human supervision.

The trucks will be used mostly to deliver supplies. These types of convoys are the ones that get attacked the most in hostile areas like Afghanistan and Iraq and which end up having the highest number of human casualties, so they have all of TARDEC’s attention.

It’s complicated and there’s a lot of hurdles to jump over but TARDEC seems hopeful that they can make it a reality.