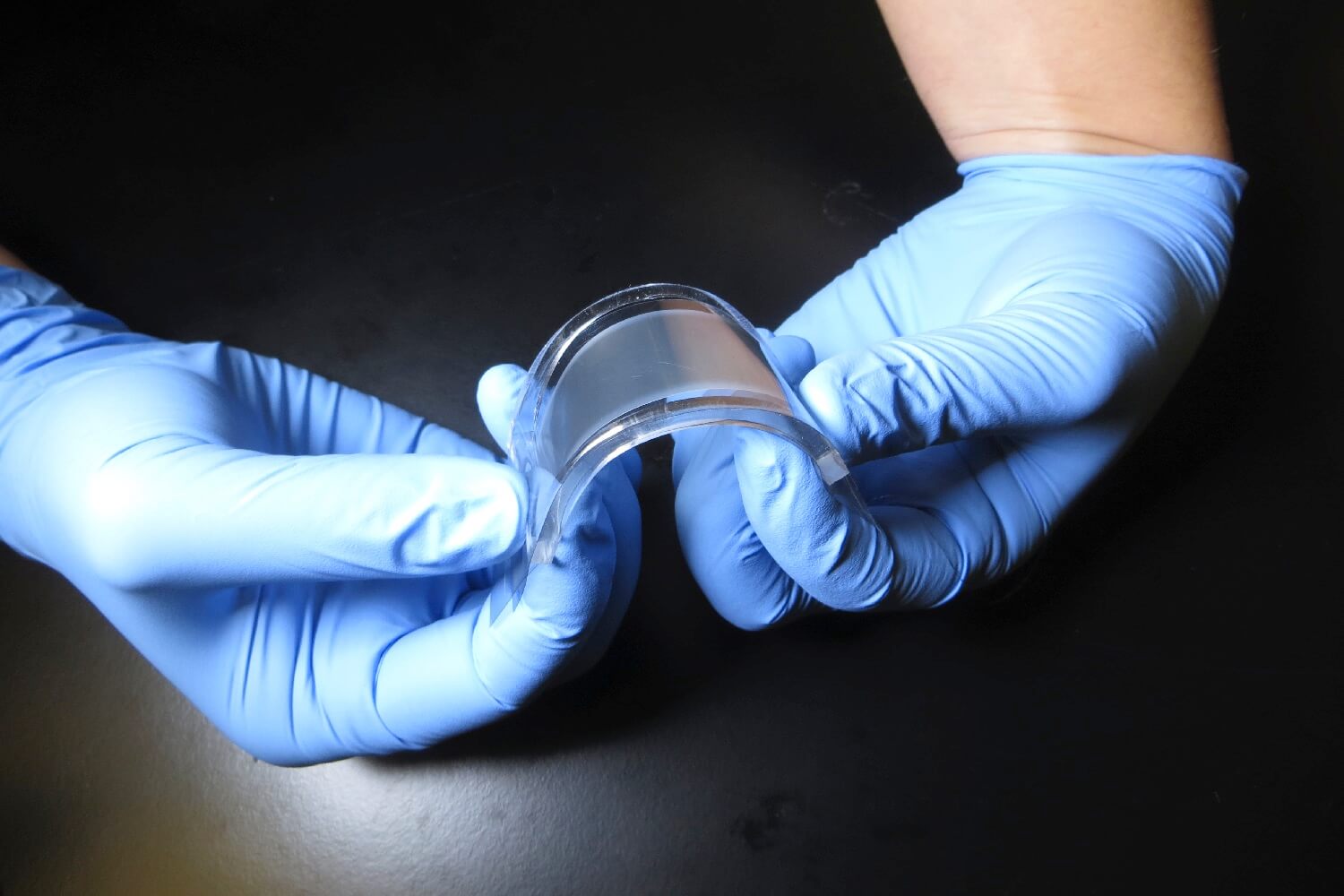 A thin layer of material could make the dependable air conditioners a thing of the past. Engineers from UCLA have developed a 5-millimeter-thin cooler that can reduce your temperature (or your devices’) in seconds #objectmagic

This solid-state cooler can deliver 150 times as much cooling per gram of material as the best prior electrocaloric device known now. While it’s only a prototype now, it’s easy to imagine it one day becoming an essential. Thanks to its flexibility and lightweight, it could be built in a piece of clothing, shoes or hats. Naturally, it could be also used successfully to keep gadgets that tend to overheat far from danger.

In fact, the team did just that with a Samsung Galaxy G4 (remember, this manufacturer went through hell last year due to overheated smartphones). They attached the material to its battery which, after hours of use, had reached 52.5 degrees Celsius. In seconds, the device had lowered the temperature of the phone by 8 degrees. As for its durability, the tests showed this device could withstand 30,000 cycles of electrification without degradation.

Such technology could change our lives completely. In years to come, chunky air conditioners could be expendable, as people begin using the cooler to keep them at a perfect temperature at all times, no matter the environment or the season they’re in. Its usage would be a relief for the environment too, since chemical coolants now used are mainly greenhouse gases.

Last but not least, a cooler like this could help develop portable refrigerators for less developed countries.