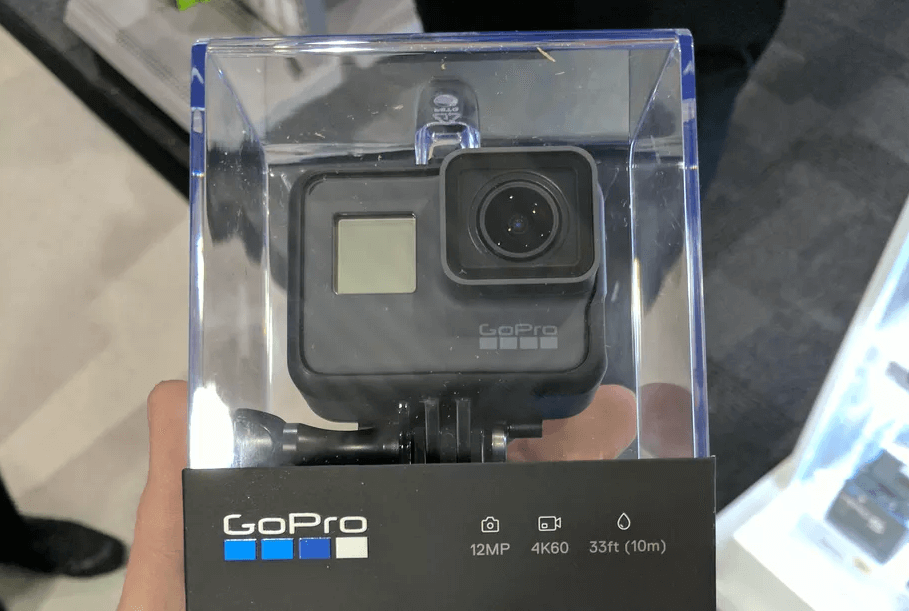 The change of seasons brings about more than pumpkin drinks and unexpected flu. As a matter of fact, it’s the time when manufacturers start releasing products they’ve been working on for the last year. While everyone’s eye is on smartphone launches these weeks, we know some of you are anxious to find out more about the latest action cameras. So, without further ado, you should know that GoPro Hero 6 Black is getting ready to make its debut, as leaks of the device spotted in the wild emerge online #actionmagic

Users have stumbled upon GoPro Hero 6 Black in several stores, including one in Canada. From the package, we can deduce some of the specs of the new camera GoPro intends to release. In matters of design, Hero 6 Black will look exactly as its predecessor and will be waterproof. But unlike that one, this gadget can shoot 4K at 60fps and 1080p at 240fps with a 12MP sensor.

Some say this Hero 6 will feature GoPro’s own processor, the custom-made “GP1”. By choosing to make their own chip, the company has a leverage on the competition. They can make better use of the battery life and ensure maximum quality while keeping power consumption at a minimum.

GoPro Hero 6 Black will be accompanied by Hero5 Black and Hero5 Session, as well as the Fusion 360-degree. Karma’s grip will also be present with an upgrade – a joystick meant to help users aim the camera better. As for the drone, it will only receive a software update in the form of a “Follow me” mode.