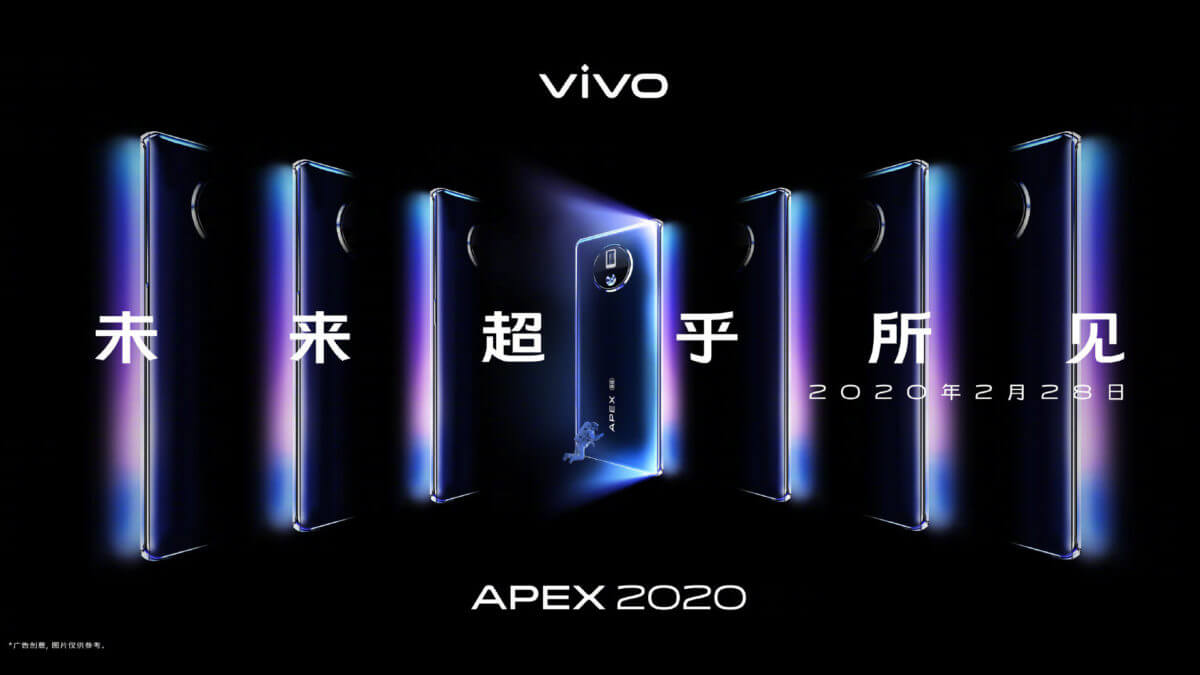 This week, MWC 2020 would have been in full swing. But the coronavirus threat forced exhibitors to back down from the event and, in the end, organizers had to cancel it altogether. But that didn’t deter some phone companies only spurred them to keep them on. Sony announced its new phones at the beginning of the week and Vivo is following in their footsteps. This week, the Vivo Apex 2020 will be unveiled.

Vivo has already sent teasers about their upcoming event, this Friday. On February 28th, we’ll see what Apex 2020 has in store for mobile enthusiasts and the competition. From a picture released in the wild, it seems that the big focus of the phone will be the “fullview display”.

The number “120” may refer to the refresh rate, the new standard for flagship phones, especially those with gaming in mind. Or it can have something to do with the curves of the display, considering Nex 3 sported a 88-degree curved edges.

Will this make it to the market? Hard to say, given that the previous models in the Apex line remained at concept level. The first phone amazed with its pop-up selfie camera, while last year’s Apex impressed with its “Super Unibody” design. The phone looked sleek and seamless, no ports or buttons in sight. Charging was left to a rear-mounted magnetic connector that could also handle data transfer.

Its futuristic looks were completed by an under-display fingerprint scanner and “body soundcasting” tech. Instead of hearing sound from its dual speakers or through headphones connected through a headphone jack – both unavailable in this model, by the way – the body of the phone streamed the audio.

How many of these concepts will come to Apex 2020? What else will Vivo surprise us with, besides the display? We’ll report this Friday.