Volkswagen Brings Back The Classic 1962 Microbus With an Electric Twist 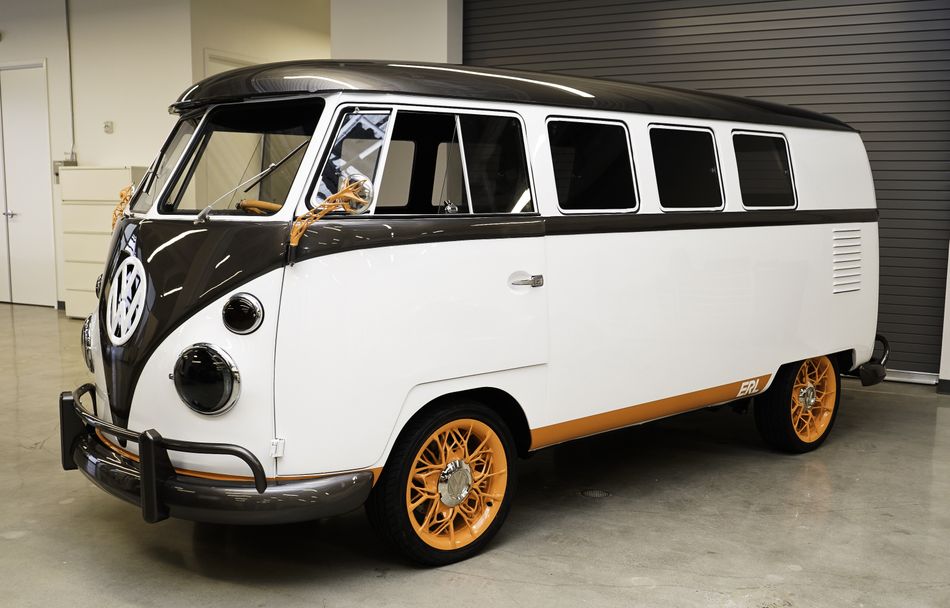 When we happen to see a classic Volkswagen Microbus out in the wild, we get instantly transported to the 60’s, to hippies with flowers in their hair and surfers riding Californian waves. It’s understandable why the Volkswagen Minibus Type 2 has become a symbol of that era and is often referred to as ‘the hippie bus’.

Volkswagen’s latest Microbus reiteration keeps that classic design and spirit still very much alive but it’s more eco-friendly than its 60’s hippie older brother ever was. 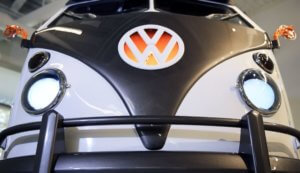 The company unveiled the Type 20 Minibus on Tuesday, at the Volkswagen Innovation and Engineering Center California (IECC). It had been dubbed Type 20 for the number of years Volkswagen has been residing in California.

The conversion to the powertrain was handled by Electric GT and features a 10kWh battery pack which gives the motor 120 horsepower and 173 foot-pounds torque. That battery also powers up two electric skateboards that are placed in the trunk of the vehicle, just in case you want to truly live that retro-tinged California lifestyle.

The small yet bold design choices Volkswagen has decided on to show that this vehicle is not like the rest really give this new iteration of the classic Minibus its own personality. 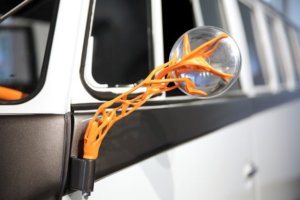 Volkswagen created its own set of parameters for these parts of the car and allowed a computer to work on them. The designers then narrowed down the results to the one they liked best.

The car also features a pneumatic suspension system that was designed by Porsche – it allows the Type 20 to rise up when it ‘senses’ its driver is approaching, thanks to a facial recognition system. This system is made available via a 720-wide angle camera placed in the driver’s second window. 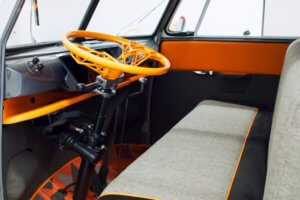 On the inside, it’s all high-tech as well: the car has been fitted with a touchscreen infotainment system that also features a hologram of the logo you can see without special glasses. It doesn’t serve any purpose except to maintain the aesthetic but you know what? You go for it, Volkswagen – it adds the perfect little cherry on top on a vehicle that stays true to its past while moving along with the present.

Volkswagen will be showing the Type 20 off at the Monterey Car Week this summer but if you want to see it yourself at a later time, you’ll find it at the Innovation and Engineering Center California, where it will be showcased next to other historic and prototype vehicles.