Volkswagen's Dune Buggy Is A Fun, All-Electric Nod To Its 1960's Predecessor 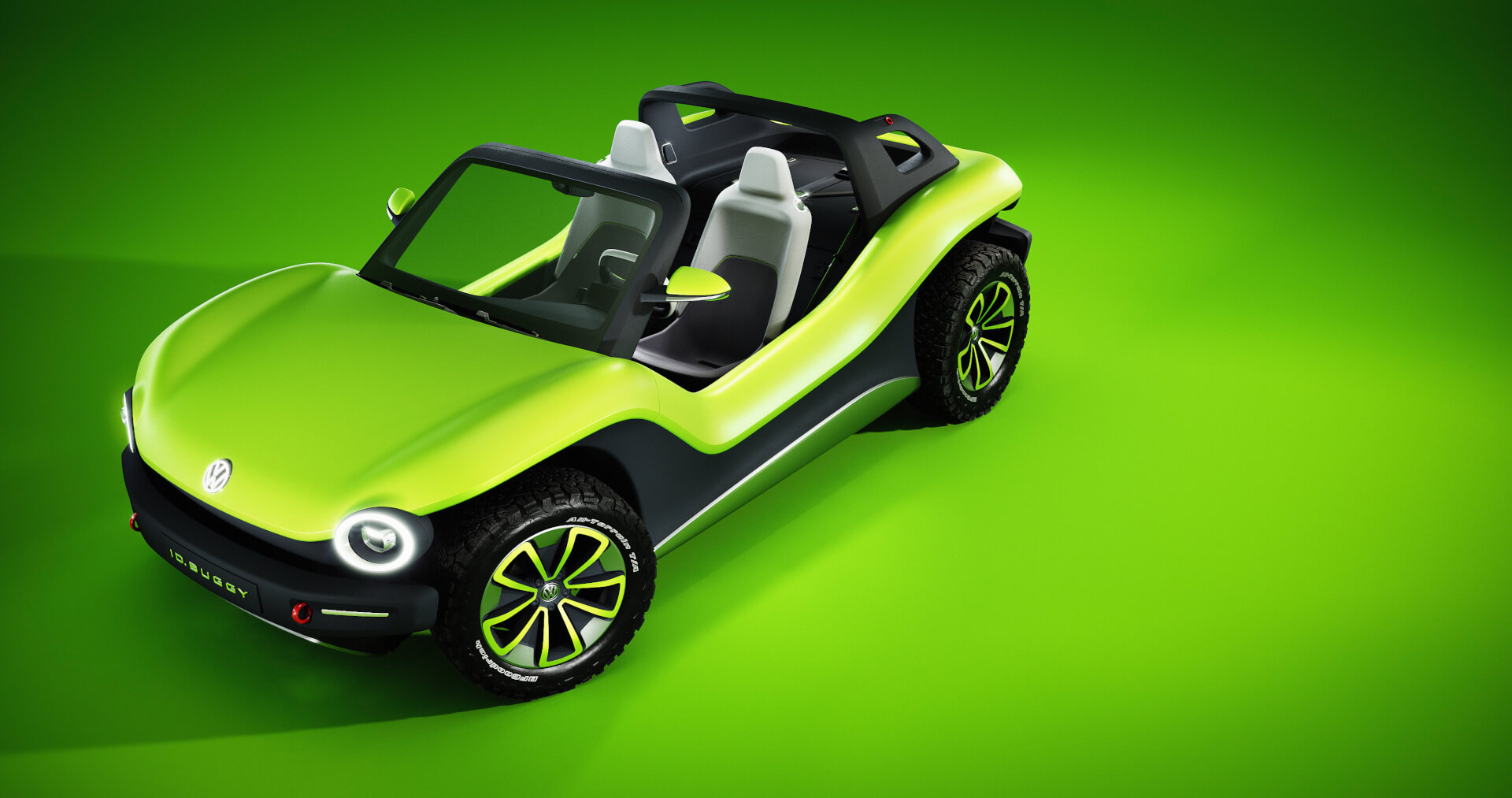 Volkswagen teased its upcoming electric Beetle-inspired dune buggy back in January and, while the company didn’t release a lot of information about the vehicle it did promise to show and tell all during the Geneva Motor Show.

Now that time has come: the buggy is officially debuting, under the name I.D Buggy. The I.D name is used by Volkswagen for all of its electric vehicles.

Now, on to the Buggy itself. It’s hard to describe it, for one thing: it’s retro but it’s also futuristic. It’s fun but it’s also sleek, with a minimalistic design and a cheerful fern-green color scheme. It only has two seats and no doors or roof, which makes it perfect for drives across sand dunes.

It might seem novel, but this type of sand buggy actually stems from customizations that started way back in the 1960’s: Volkswagen believes that around 250,000 of the original Beetles were modified and turned into dune buggies and other custom models by the 1980s – it all started in 1964 when Californian surfer Bruce Meyers lifted the body off the Beetle and replaced it with an open-top fiberglass shell which allowed the vehicle to ride on both sand dunes and the public roads.

While the concept might not be new, this vehicle does have something the original buggies didn’t: all-electric power.

Under the hood, or, to be more exact, under the floor, we can find a 62kWh lithium-ion battery while the back holds a 201 horsepower electric motor with a range of around 155 miles. The vehicle is designed to cross short distances and on the asphalt, the buggy can go from zero to 62mph in around 7.2 seconds but its maximum speed of 99mph is electronically controlled.

The car is built on the flexible and versatile MEB – Modulare E-Antriebs-Baukasten, which is translated into ‘modular electric drive matrix’, which the company wanted to showcase during the Geneva Motor Show.

Why? Because this modular electric drive matrix will be the foundation for the 10 million electric cars Volkswagen is planning to sell. At the time this article is being written, Volkswagen has not announced if the I.D Buggy will be made available to the public or not, but, even if it’s just a concept car, the buzz it created might make the company change its mind about mass production.

We haven’t seen the buggy in action yet, but we do admit we’re quite looking forward to it.