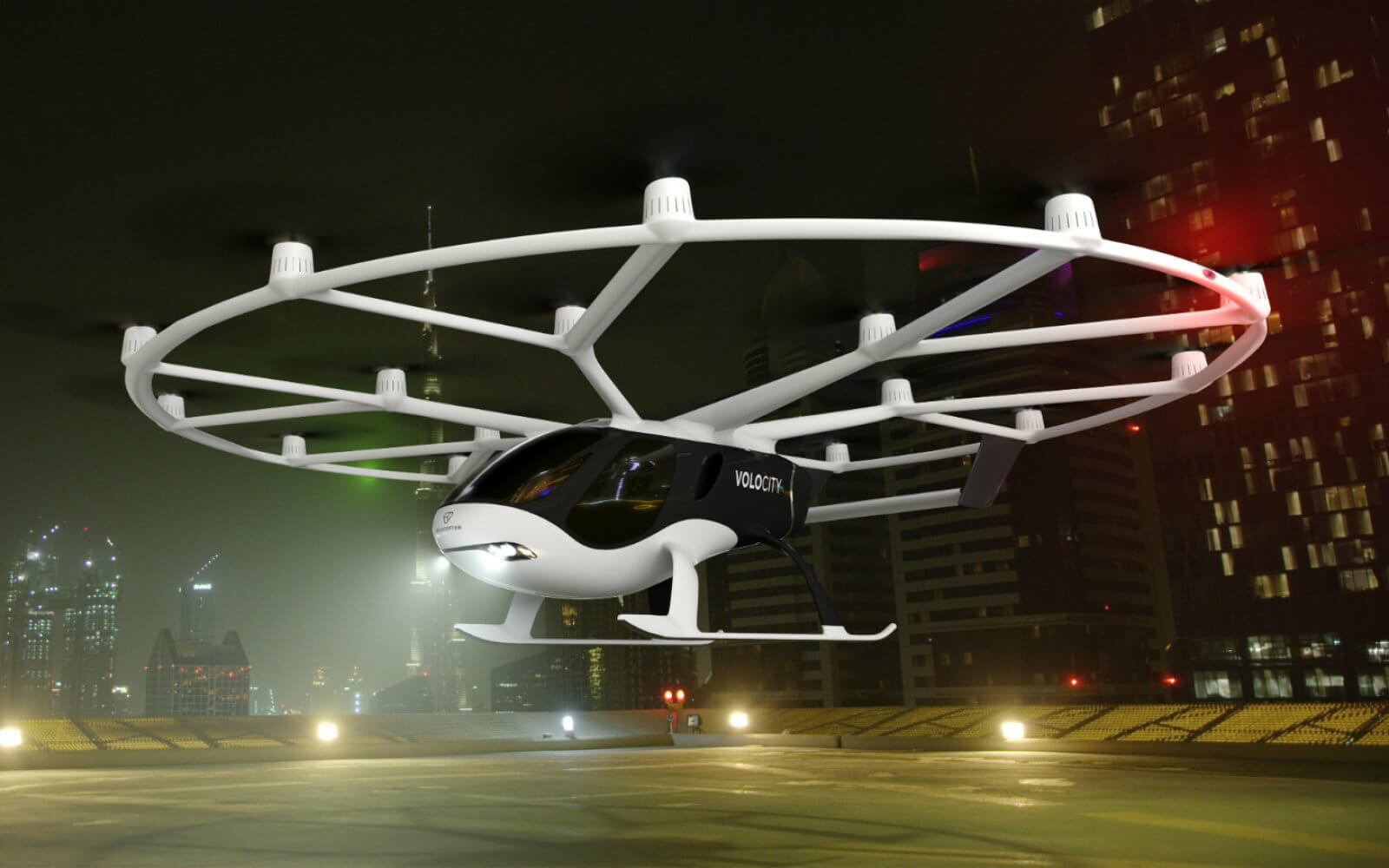 We’ve seen flying taxi prototypes left and right recently and the most recent one is Volocopter’s VoloCity.

VoloCity is the fourth-generation electrical take-off and landing aircraft created by the company. Its final design is the result of the user feedback and test data from all the previous Volocopter generations.

“The VoloCity is our most powerful Volocopter yet. It is rigorously designed to meet the demands of Urban Air Mobility and incorporates all requirements of the SC-VTOL certification standard established by EASA in July 2019. It is a result of all insights we have gathered from our extensive testing programmes over the past years.” Florian Reuter, Volocopter CEO said. “With the VoloCity we will open the first commercial routes and bring Urban Air Mobility to life.”

It has 18 rotors, a low noise signature and can accommodate 2 people, hand luggage included. The flying taxi has a range of 35Km (around 22 miles) and an airspeed of 110Km/h (68mph).

Before the flying taxi will become available for commercial rides, the company will have to work on building the necessary infrastructure for it, take off and landing pads included, as well as come up with a way to incorporate it into the air traffic management systems, which might prove to be the tricky part. To make that happen, Volocopter is working alongside Fraport, the operator of Frankfurt International Airport to “optimize passenger and ground procedures and align regulations with the relevant authorities.”

Until then, Volocopter will actually employ the use of X2, the pre-series model, for the test flights.

Back when Volocopter launched its first eVTOL flight, it said that it plans to set its flying taxis to the skies by 2023 and, judging by how fast the company has moved since 2011, it might just turn that plan into a reality perhaps even before its self-imposed timeline.