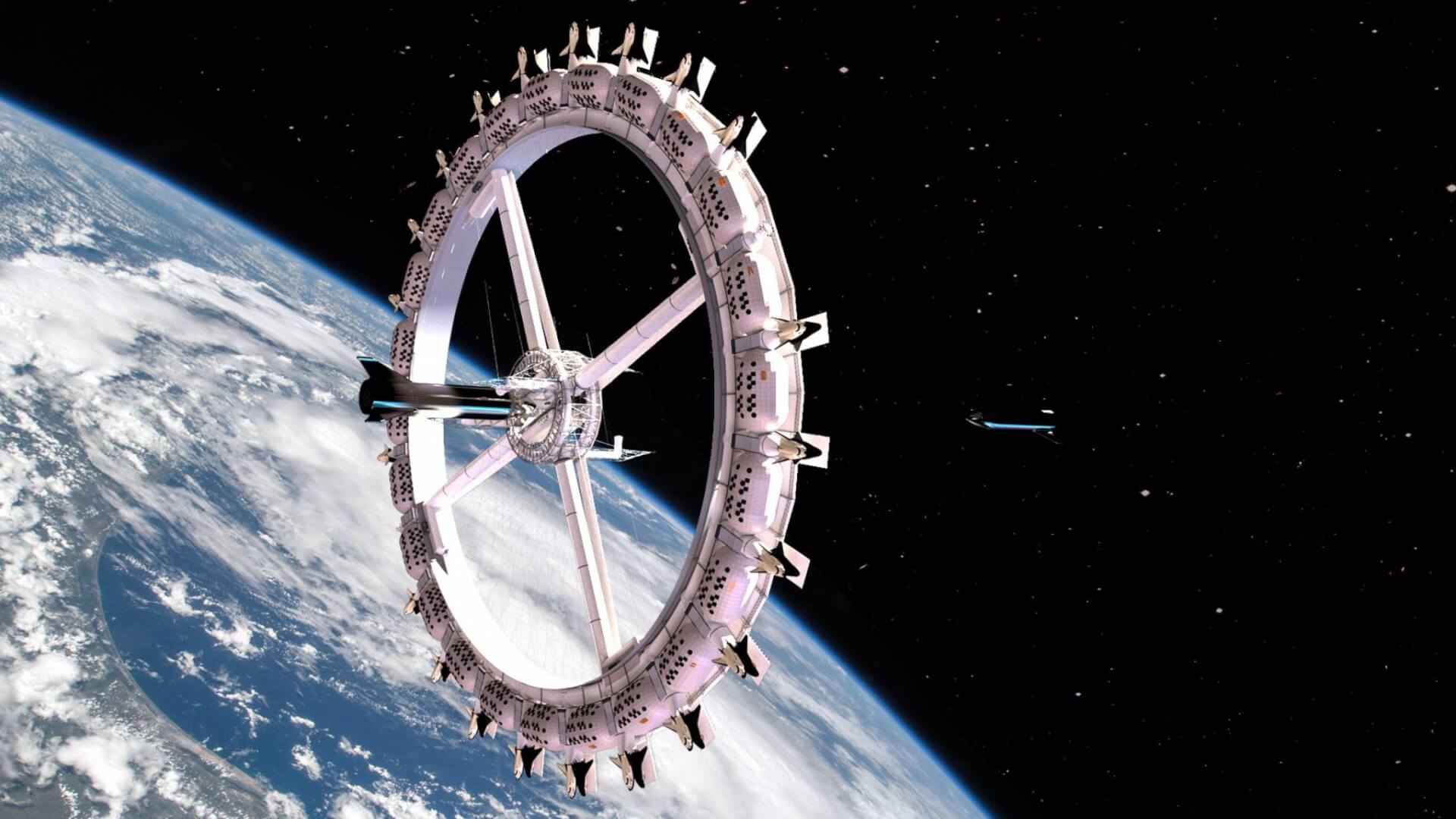 Voyager Station, the name of the first space hotel built by Orbital Assembly Corporation, is almost an exact copy of the spaceship imagined for the TV show, the 100, there called The Ark:

The only difference is Orbital’s creation will not host the last 100 people alive until the Earth is habitable again. Instead, it will be a home in passing for those who want to see Earth from space.

The construction will be 50,000 square meters and will have enough rooms to accommodate 440 people. The first thing engineers will take care of is a central un-pressurized ring structure with a docking hub. Then, the 200-meter-diameter outer ring truss will come along before architects start building the 24 habitation modules.

These will not only cover guest rooms but also restaurants, bars, scientific pods and even gyms. The idea is to make the space hotel as desirable as any luxury destination on Earth: “Eventually, going to space will just be another option people will pick for their vacation, just like going on a cruise, or going to Disney World,” senior design architect Tim Alatorre told Dezeen.

Instead of going with the heavily promoted, white, sterile interiors, designers will choose natural colors and comfortable materials.

These will outfit both 30-square-meter hotel suites for two people as well as 500-square-meters “luxury villas”. As you can imagine, the villas will be available for renting over longer periods of time and even – here’s the surprise – for good! Each villa will accommodate up to 16 people, having three bedrooms and a kitchen.

A triple-tier water bar that “will seemingly defy the laws of physics” and a seven-meter-high gym that will turn into a concert venue overnight, every night.

In case you’re worrying about… details like “gravity”, the rotating ring-shaped form of the station will ensure one-sixth of the Earth’s gravity.

Construction of Voyager Station will start in 2026, the space hotel being able to welcome its first passengers in 2027.