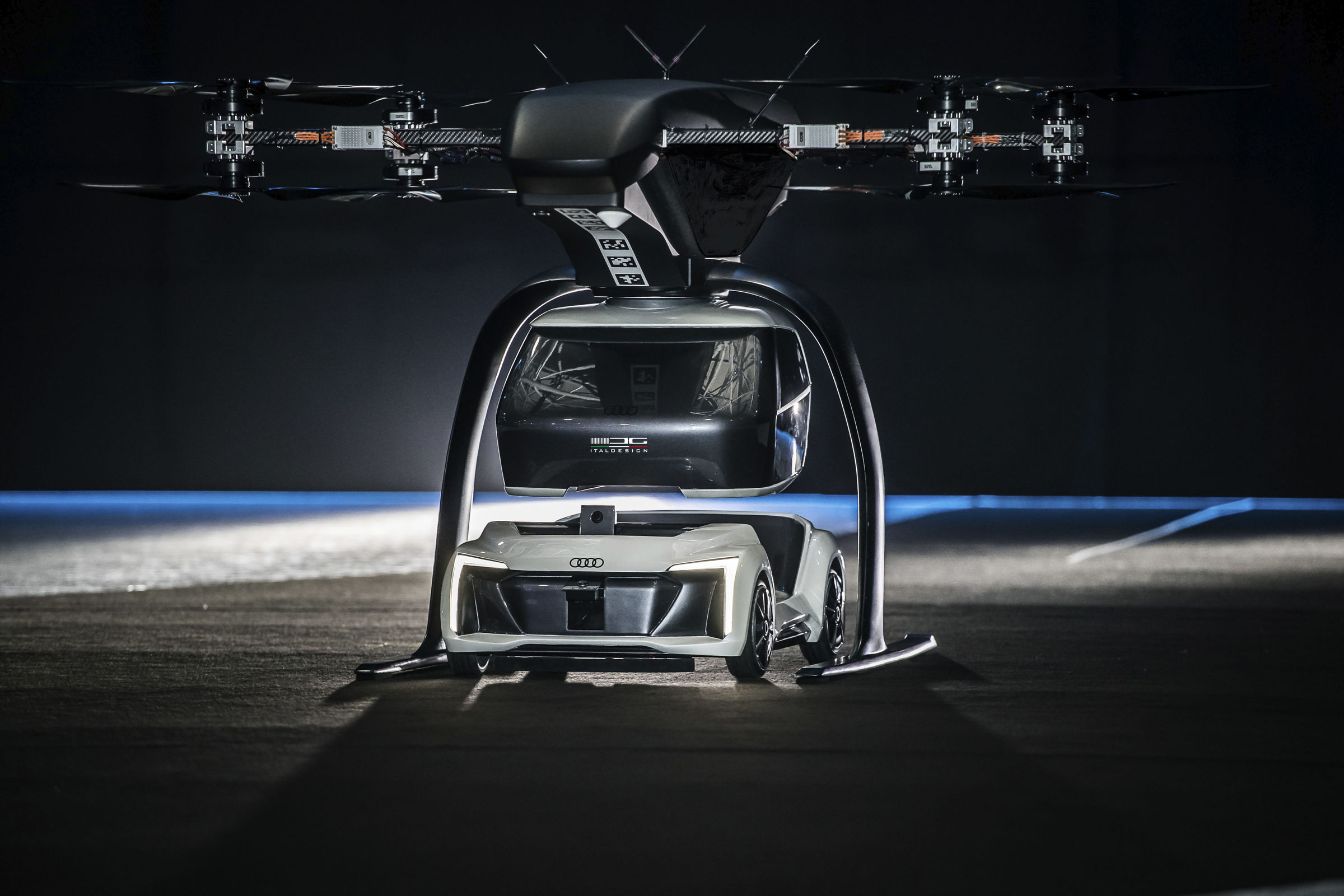 Audi is working together with Airbus and Italdesign to make an electric flying taxi a reality. The companies recently took to testing the concept with a more hands-on approach.

The vehicle was revealed during the Geneva Auto Show and, though it’s a more refined working prototype, it’s only a 1:4 scale model. Nonetheless, it’s able to give us a clear idea of how the comcept would work.

The drone frame will come from a charging station nearby and then it will latch onto the vehicle’s roof. The quadcopter drone will have a 70kWh battery pack which will allow it to cover distances of up to 31 Miles.

Audi is not really expecting the vehicle to become a reality any time soon, estimating 10 years or more of work on it. Plus, the technological and regulatory obstacles they have to face at the moment are hard to overcome but the automaker is exploring the possibilities of such vehicles becoming the norm in the future.

“Flying taxis are on the way. We at Audi are convinced of that. More and more people are moving to cities. And more and more people will be mobile thanks to automation. In the future senior citizens, children, and people without a driver’s license will want to use convenient robot taxis. If we succeed in making a smart allocation of traffic between roads and airspace, people and cities can benefit in equal measure.”

At the moment, Audi is testing another concept in Latin America, in cooperation with Airbus subsidiary Voom.

The customers in Mexico City and Sao Paulo can book helicopter flights and combine them with Audi transport on the ground, a service which will also help Audi understand flight operations and which will, in the future, help the flying taxi concept become a reality.