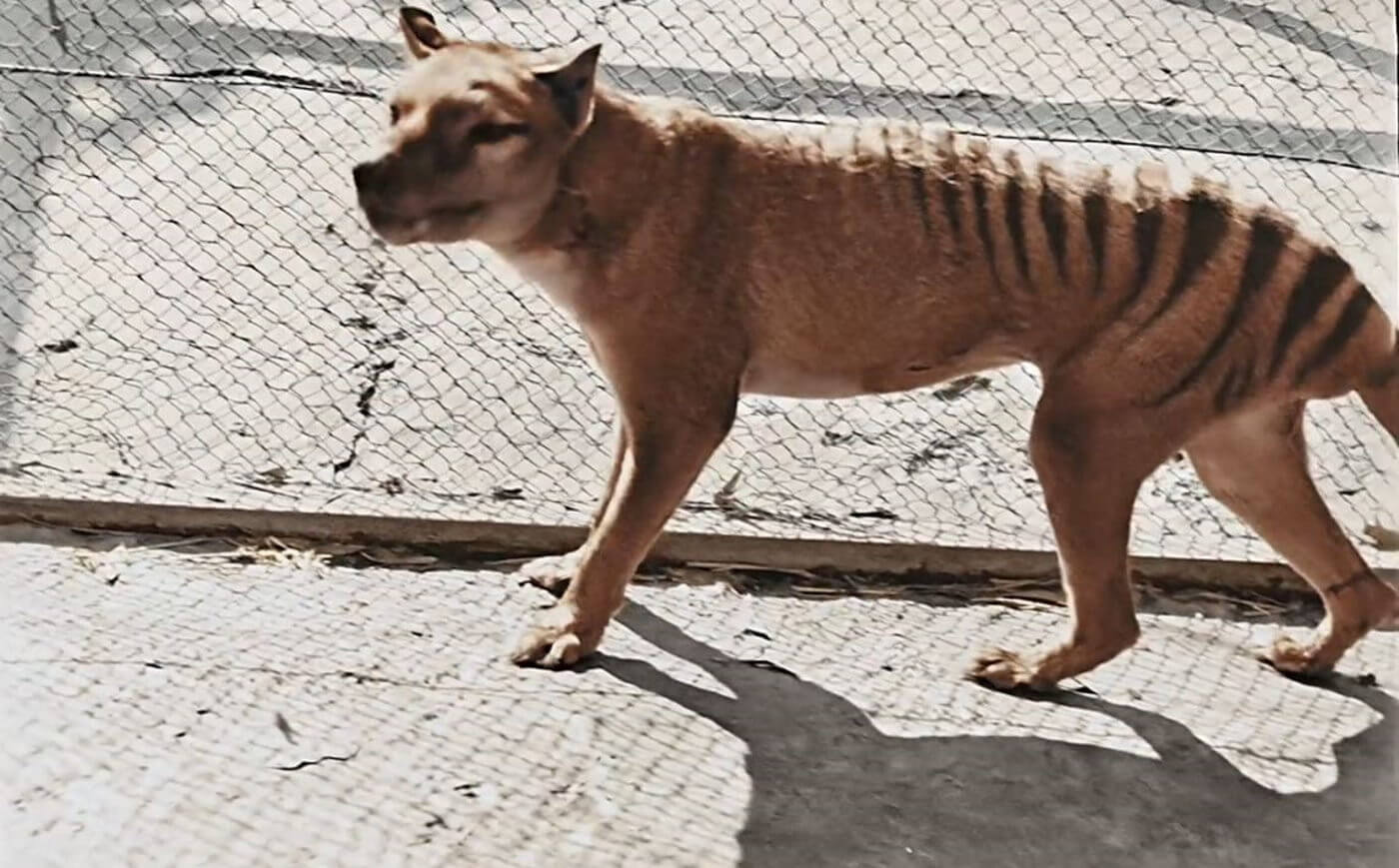 Prepare to see some amazing footage, because this is the first time there is a colorized video of the last-known Tasmanian tiger.

This species went extinct almost a century ago, in 1936, three years after this footage you now see was shot.

The film features Benjamin, the last known Tasmanian tiger (thylacine), a marsupial who died in captivity, and it’s the longest footage about this animal known to exist.

Shot by Australian zoologist David Fleay, the original 35 mm black and white film was scanned to 4K archival standards, then colorized by Composite Films using everything from rotoscopy to AI.

Thanks to them, you can get a glimpse at a lost animal we may never see again, a fascinating creature that looks like a dog but was actually a marsupial.

Behavior-wise, a dog is the closest comparison, as David Fleay, who shot this movie, was bitten on the buttocks right after shooting this film.

“From a technological point of view, we did everything digitally – combining digital restoration, rotoscoping and 2D animation, lighting, AI algorithms for the movement and the noise, compositing and digital grading.

More than 200 hours of work were needed to achieve this result,” says Samuel Francois-Steininger from Composite Films.

His footage was released on September 7, the same day that Benjamin the Tasmanian tiger died in captivity, and the day that is now commemorated in Australia as National Threatened Species Day.