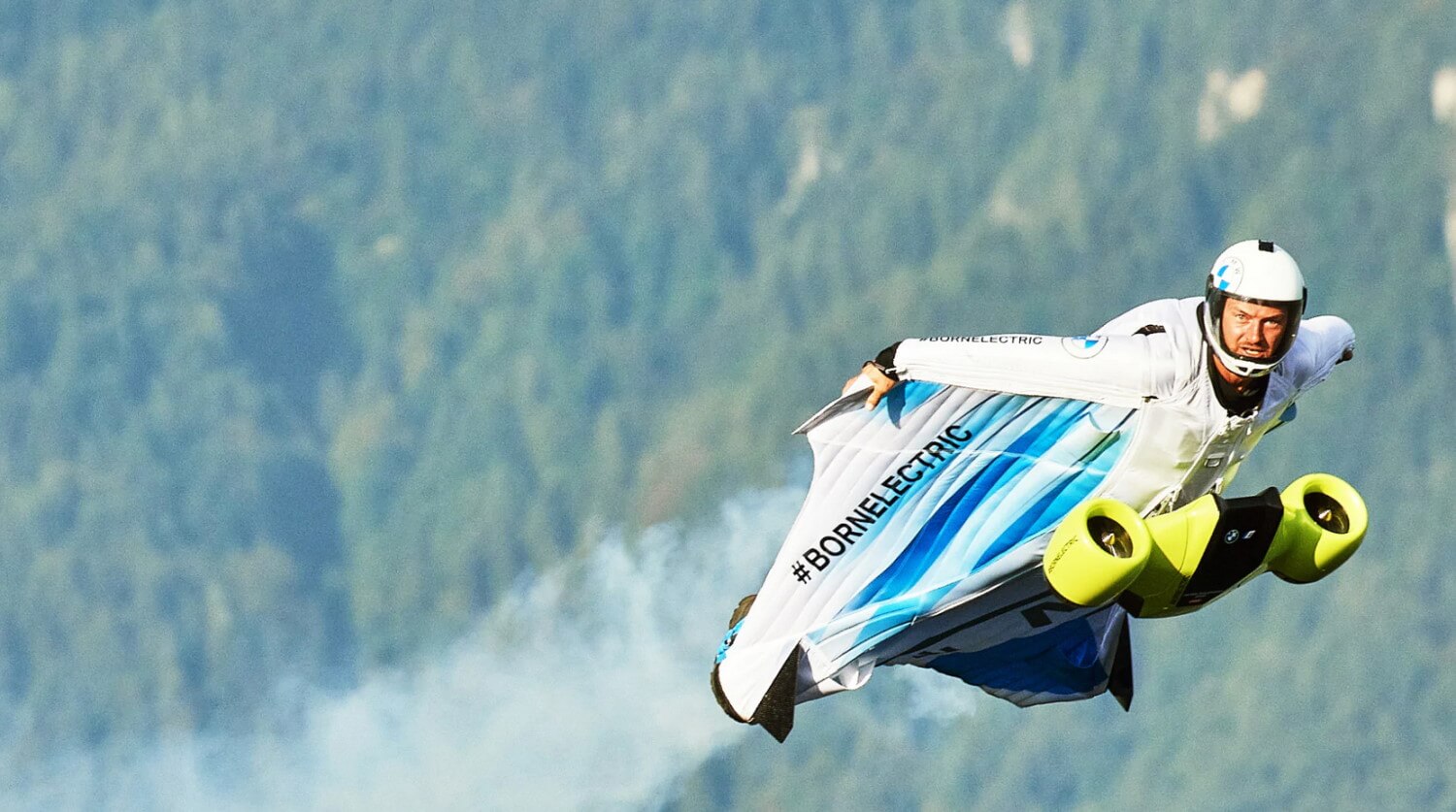 BMW debuted the first episode in its #NEXTGen 2020 series with a world premiere: the first electrified wingsuit, worn by Austrian athlete Brian Salzmann.

After being tested for 3 years in BMW’s wind tunnel and going through multiple iterations, it helped the athlete Peter Salzmann soar through the sky at record speeds and fulfill his lifelong dream.

Salzmann wanted to implement assistive propulsion technology in a wingsuit and wanted to do it sustainably, so partnered up with BMW.

BMW used its BMW i EV technology to create a chest-mounted rig with 15kW split between the two 7.5kW carbon impellers, which spin at 25,000 RPM and can produce thrust for up to 5 minutes.

“The final fly unit, with its two propellers, each around 5 inches (13 cm) in diameter, ultimately resembles a futuristic mini-submarine. It gets its electricity from a 50 V lithium battery, weighs in at around 26 lbs (12 kg) and is attached to the pilot’s breastplate by means of a hinge unit,” says BMW.

After a few years of research and development, Salzmann wore BMW’s electrified wingsuit and completed its maiden flight over the Three Brothers mountains of Austria to set a new record: 186 MPH.

Since regular wingsuits allow the wearers to reach horizontal speeds of around 62 mph, this is quite the performance!

You can read more about the story of this project here.