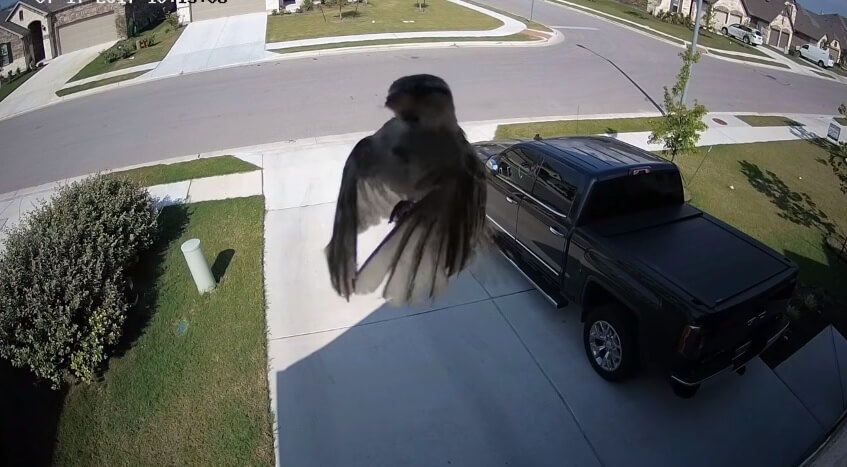 Catching birds in flight, real close, is always a mesmerizing experience. Seeing the movements of the wings in mid-air is especially fascinating as an YouTuber noticed this week. He managed to capture a bird looking straight at the security camera, as it appeared frozen in air #fotomagic

YouTube user @GingerBeard uploaded his first video on YouTube on Monday. In just two days, his clip amassed 390,543 views (at the time of writing) and once you give it a go, it’s easily to see why. His camera, a HIKVISION model set at 20fps, captured a bird in flight. The real magic occurs when the speed with which the bird flaps its wings matches the capture frame rate. So, the bird actually looks like it floats:

Before you ask, the camera’s resolution is 2688×1520, hence the image quality. Also, the uploader was adamant on clarifying that he did not use strings to suspend the bird. Also, while the YouTube video is slowed down so viewers can see the motion easier, the footage was not edited whatsoever.

Sure, luck was on his side, but it’s pretty cool to witness that nonetheless, right?