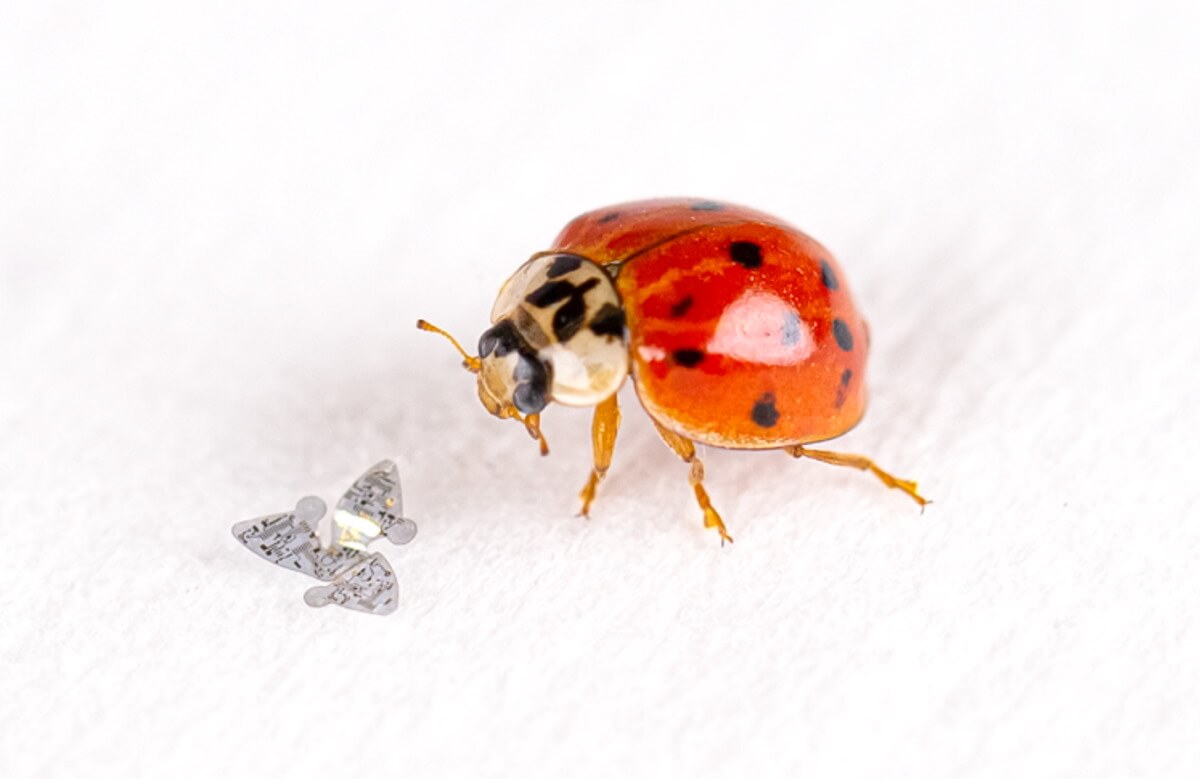 Thought bugs were insanely tiny? We now have flying chipsets of that size!

If you love science, prepare to be amazed by this next project. Engineers from Northwestern University revealed the world’s smallest flying structure made by humans, a tiny microchip the size of a grain of sand.

Dubbed the “microflier”, this tiny microchip does not have a motor or an engine. Instead, it uses wind motions to spin like a helicopter through the air, gliding slowly toward the ground.

The microfliers will be packed with sensors and include miniature antennas for wireless communication and airborne storage. For what?

Their makers see them dispersed from an altitude to monitor air pollution and airborne diseases. They designed them by taking inspiration from nature and considered their potential ecological impact.

The engineers made the flying microchip well..fly by studying maple trees and other wind-dispersed seeds.

The New World’s Smallest Computer, Much Smaller Than a Grain of Rice

“Over the course of billions of years, nature has designed seeds with very sophisticated aerodynamics. We borrowed those design concepts, adapted them and applied them to electronic circuit platforms,” said John A. Rogers, a pioneer in bioelectronics who led development.

“These biological structures are designed to fall slowly and in a controlled manner, so they can interact with wind patterns for the longest-possible period of time. This feature maximizes lateral distribution via purely passive, airborne mechanisms,” he further explained.

The engineers also found inspiration in the unlikeliest of places: children’s pop-up books.

To manufacture the devices, Rogers’ team drew inspiration from another familiar novelty: a child’s pop-up book.

As Rogers said, all existing semiconductor devices are built in planar layouts (2D), so they had to get creative in order to shape the microchip’s wings.

“His team first fabricated precursors to flying structures in flat, planar geometries. Then, they bonded these precursors onto a slightly stretched rubber substrate. When the stretched substrate is relaxed, a controlled buckling process occurs that causes the wings to “pop up” into precisely defined three-dimensional forms,” explains a press release.

It also goes on to say that, despite the engineers wanting to release thousands of these into the wild, pollution was something that was at the forefront of the design.

The lab who will make these microfliers is also working on transient electronics that can harmlessly dissolve in water after they are no longer needed.