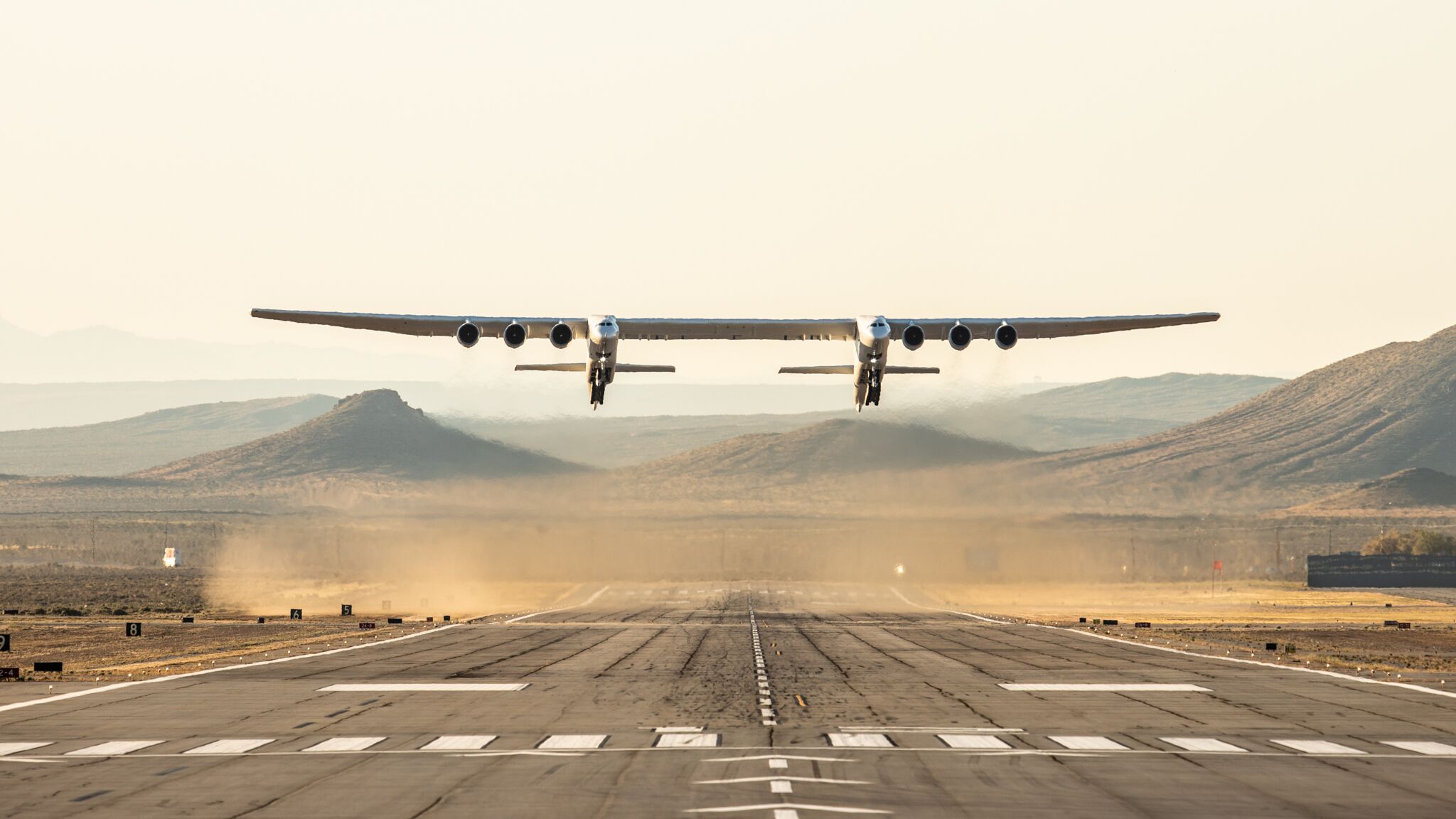 As the sun began to rise over the Mojave Desert, an airplane with the wingspan of 385-feet, dubbed the largest airplane in the world, took off for its maiden voyage and reached a maximum altitude of 17,000ft (5,200m) and a speed of 189mph (304Kmh).

The aircraft is massive: aerospace company Scaled Composite helped build the aircraft and, in order to save some money, repurposed three 747s to turn it into a reality – it fills almost the entire 100,000 square foot hangar at the Mojave Air and Space Port and has a takeoff weight of 1.3 million pounds.

During the flight, the airplane, called Stratolaunch, carried out a number of maneuvers such as speed and flight control and simulated landing approaches, all of which served to evaluate the aircraft’s performance.

In the future, the Stratolaunch is expected to carry 250-ton rocket ships filled with satellites some 35,000 feet into the stratosphere, which should allow the rockets to ignite when they reach cruise altitude and carry their cargo into space.

Why an airplane? Because the places that can handle rocket launches are few and far in between and the waiting time for a launch is quite long. Airplanes on the other hand can launch from multiple locations.

The Stratolaunch spent 150 minutes in the air and landed safely at the Mojave Air and Space Port.