Xbox One Is Giving Away A Custom Black Panther Console - TechTheLead 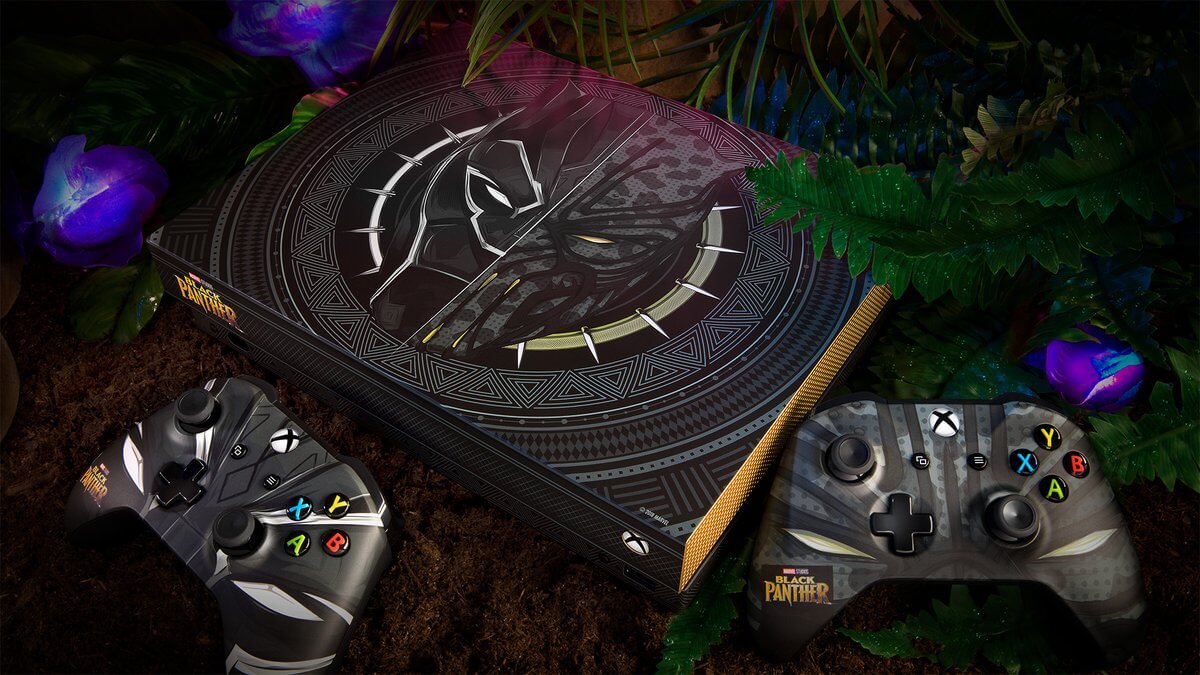 …  and shows off with six other just as awesome.

Xbox One’ sleek design immediately transports you back to the gaming adventures you went through with the console by your side. On occasion though, that same classic design doesn’t quite speak to you on a deeper level, and you wish you had a really, really special console made just for you.

Well, search no more, for Xbox One Systems Microsoft is here to deliver, with seven of the coolest custom consoles made so far.

Black Panther is easily one of the most recognizable titles from the Marvel Cinematic Universe, uniting Marvel fans in a frenzy.

The Black Panther Xbox One X features a split portrait of the Black Panther himself, King T’Challa, and villain Killmonger. Detailed patterns as well as the film’s logo are visible on the front of the console.

It pairs up with the carefully designed custom controllers featuring the faces of both our hero and the main villain, which is going to make it easier to tell the controllers apart when playing with friends.

If you have your eyes set on it, Microsoft is giving five of them away through a sweepstakes. 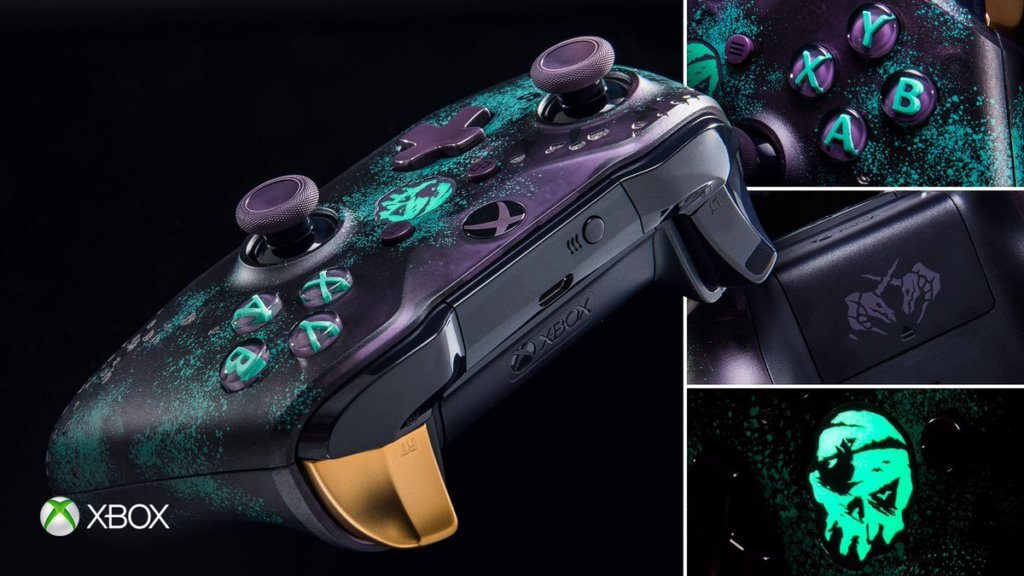 Sea of Thieves is a pirating game that has exceeded expectations in both detail and presentation. The same thing goes for the custom Xbox One S system that was produced for the game.

Only three of them were made in total and, though one of them was auctioned off for an U.K-based charity, the selling value of the console was of no less than $2,700.

The system is somewhat minimalistic in design and its most striking feature is the skull symbol that is also featured on the game’s box art. The Sea of Thieves logo is also visible on the front. 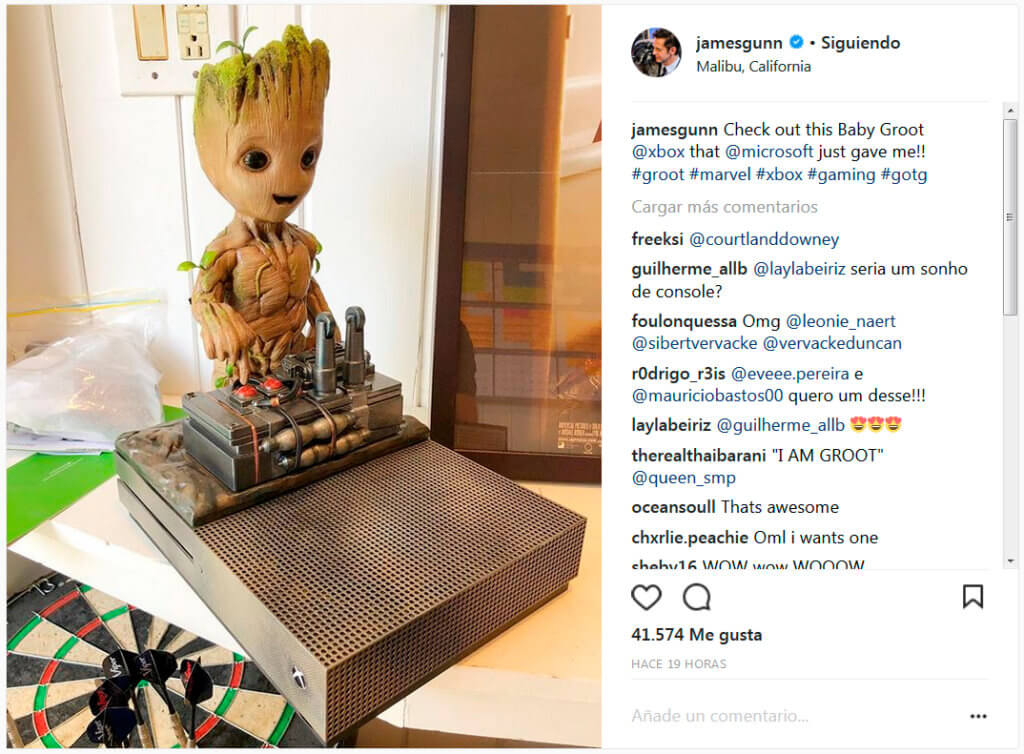 As far as we know, this console is actually one of a kind.

It was a gift from Microsoft to director James Gunn, the fellow responsible for the ridiculous funfest that was “Guardians of the Galaxy Vol.2”.

Gunn is a huge fan of video games and apparently, Microsoft decided to spoil him. The console features the film’s Baby Groot, standing on top of the console, trying to decide which dangerous button to push.

For those of you who have seen the movie, you will instantly recognize it as a physical representation of a scene.

The system looks rusty in design, weathered and dirty. We can only guess the Baby Groot statue is easy to take off, as it will otherwise make it difficult for users to reach the entertainment centers and cabinets.

Don’t Deal With The Devil Cuphead custom Xbox One S 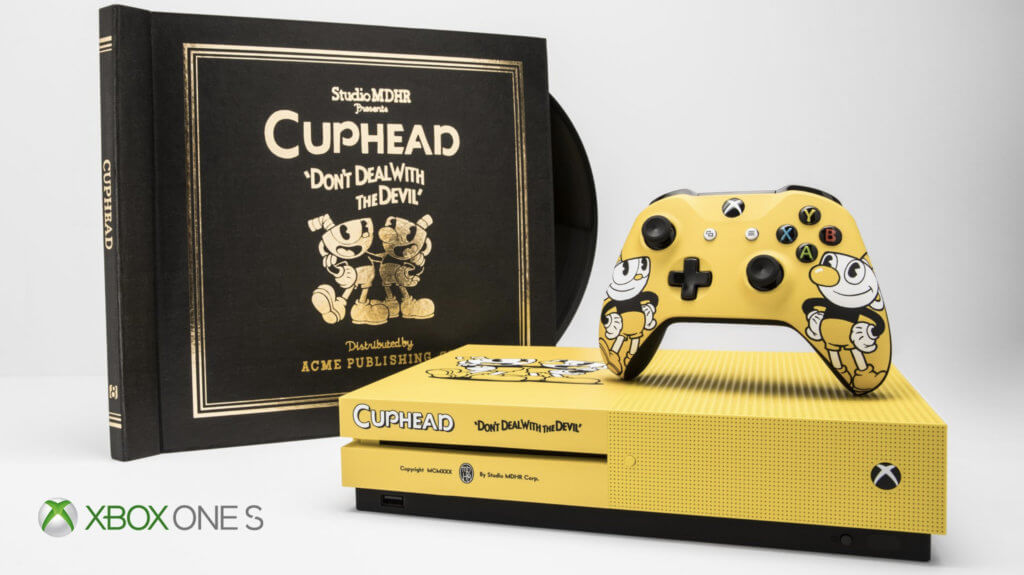 The art style of the run-and-gun game Cuphead was a perfect fit for the design of its console system counterpart.

The system sports a mustard yellow color and the design is very well balanced. Cuphead and Mugman are featured on the top of both the system and the controller.

The game’s logo, “Don’t deal with the devil” is written in old-school movie typeset lettering, which balances the title nicely.

The system was given away via Twitter as a sweepstake prize in 2017.

There are some of us who really, truly prefer flamboyant things. It does not matter if they’re impractical, as long as they turn heads. If you’re the same, then the Audi R8 Special Edition Xbox One S will be a dream come true.

The console is designed to look like the front half of the vehicle, featuring the Audi logo on top, alongside the Forza Horizon one.

As if that wasn’t enough, the “home” button is a keyless ignition switch and actual leather has been used for the controller’s handles.

Is it a monstruosity? Kind of, but in a beautiful sort of way. Only three of them were released as contest prizes in Germany. 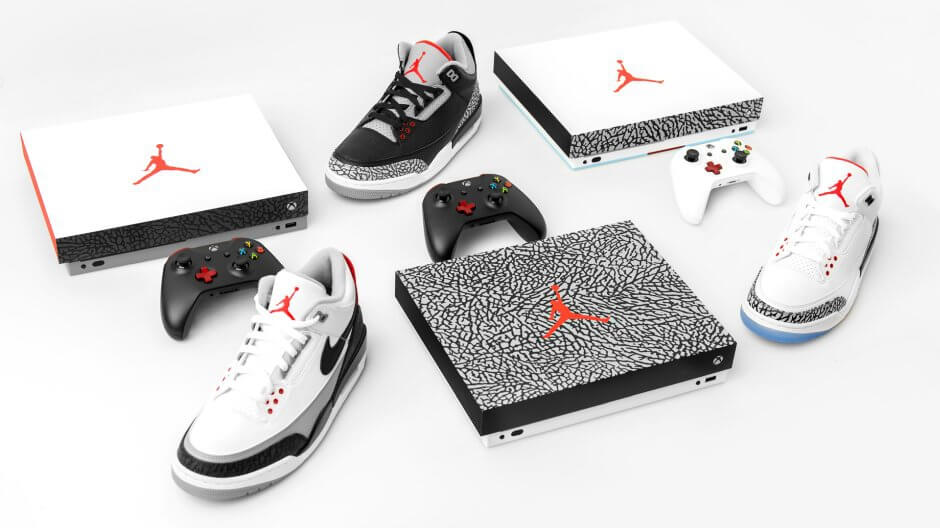 We had a system that looks like a car, so why not one that reminds you of a pair of sneakers?

Well, Microsoft and Nike decided to have a go at it and created three different Air Jordan-inspired Xbox One systems.

The first one, ‘Free Throw Line’ is designed to bring players back to the 80’s slam dunking contests and features an elephant print.

The ‘Black Cement’ one has the print on top, while ‘Tinker’ is similar to the Free Throw Line but features a red stripe on the side, complementing the heel of the shoe it is based on. 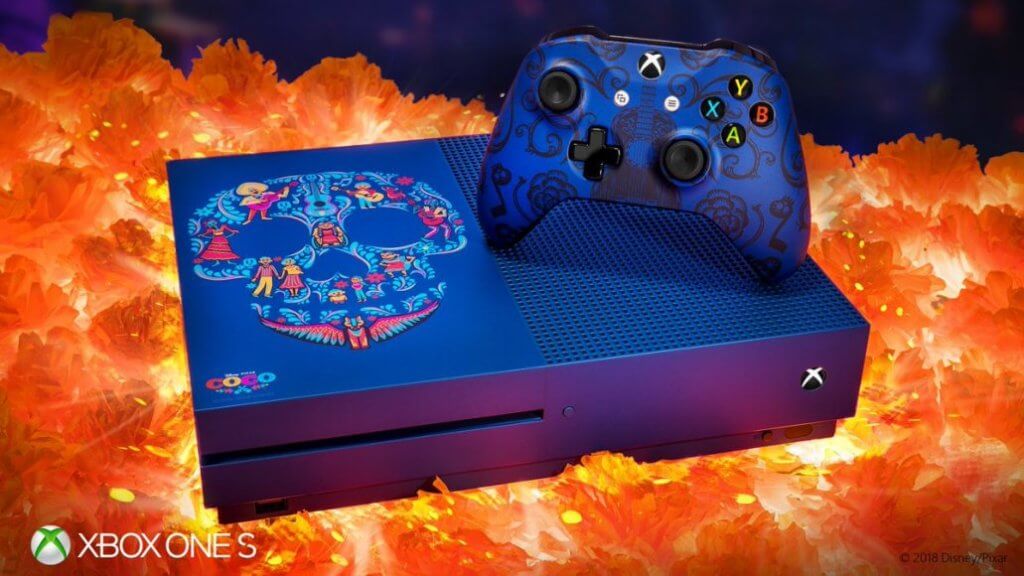 Microsoft partnered with Disney-Pixar to produce only five custom ‘Coco’ Xbox One S systems and they are as gorgeous as the animated character.

A colorful skull was put on the top of the system alongside the film’s logo. The controller sports a sketch of a guitar and musical notes.

This system was also part of a giveaway.

With so many options, which one would you get your grubby hands on?