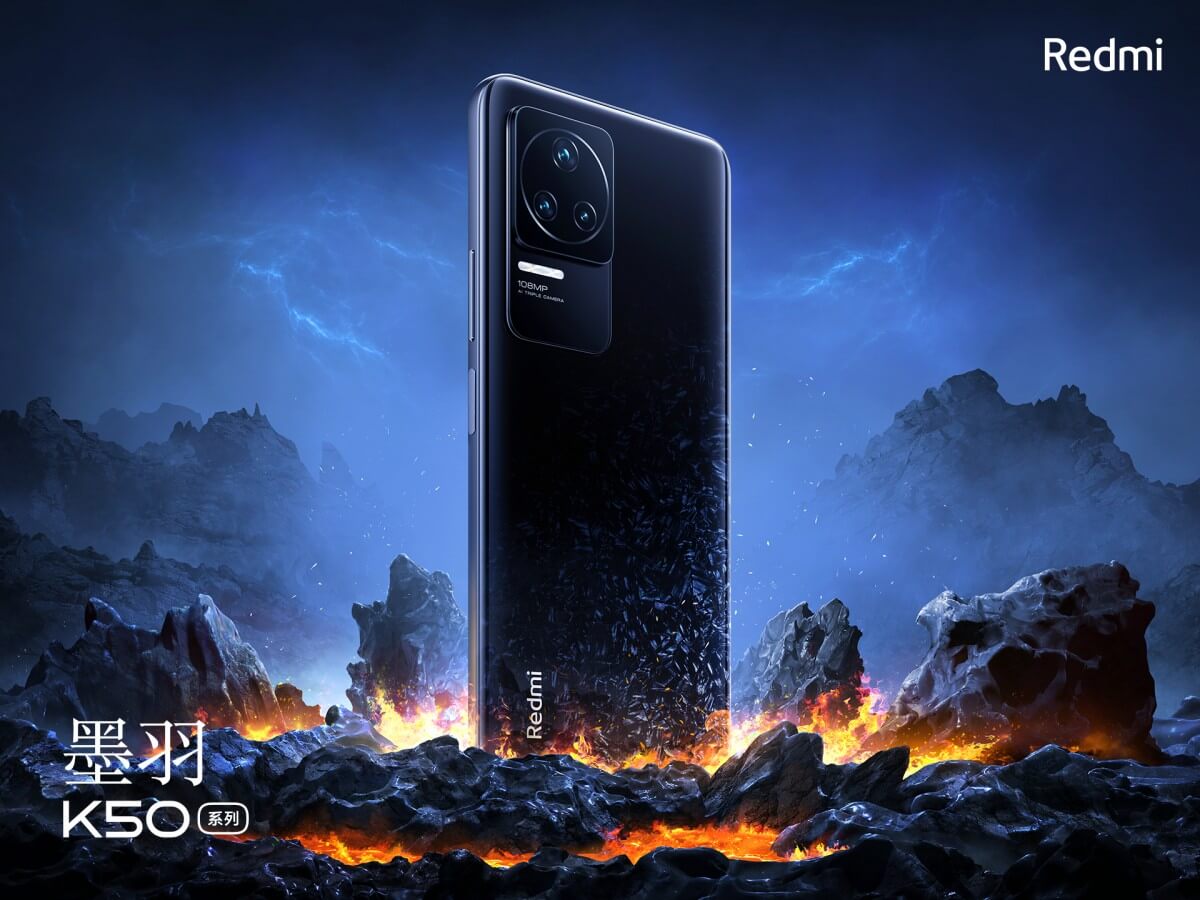 Xiaomi is getting ready to release its next devices, the Redmi K50 Pro and Pro Plus and the company has now released official images and videos that confirm the designs as well as some key specs.

This time, the company incorporated a ‘nano-microcrystalline’ finish to the smartphones, which is the result of a complex lithography process. This results in a back design that looks like ice crystals, which makes the device look both elegant and futuristic.

In addition to that, we can also see the photo module set up on the rear of the phone. We can see it will be rectangular and inside it, it will host a circular module with a total of three cameras, distributed in a triangular shape.

Both the Pro and Pro Plus will have a 108MP main snapped with OIS.

Xiaomi further confirmed that the Redmi K50 Pro will have MediaTek’s Dimensity 8100 chipset under the hood, while the Pro Plus will house instead the Dimensity 9000. 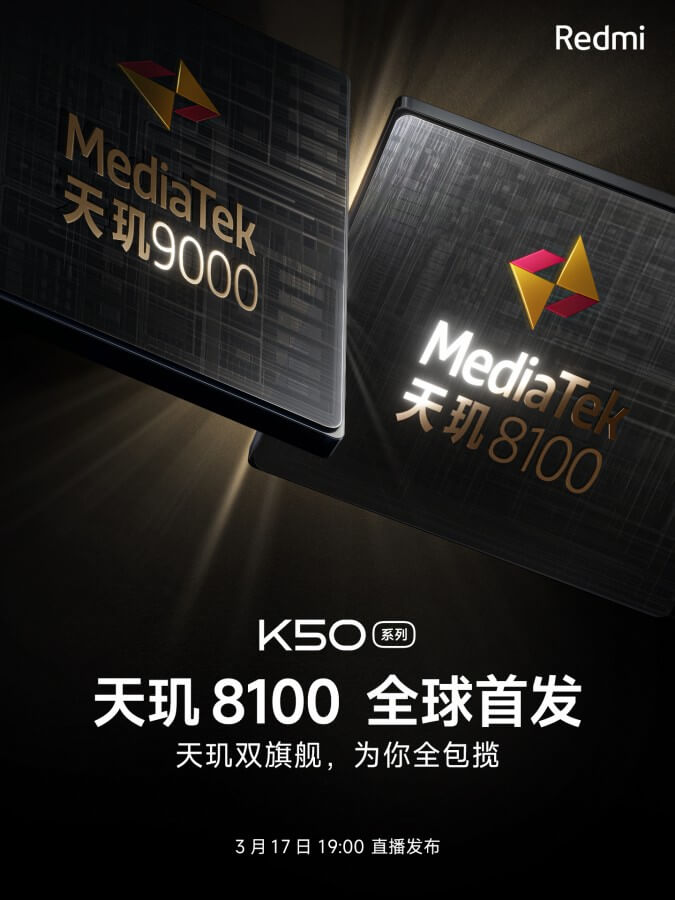 The two smartphones have also been listed on Geekbench and it’s thanks to those listings that we know the K50 Pro (which is listed under model name Xiaomi 22021211AC) will have 12GB RAM and Android 12.
Point-wise, the device scored 932 points in the single-core test and 3,690 in the multi-core one. 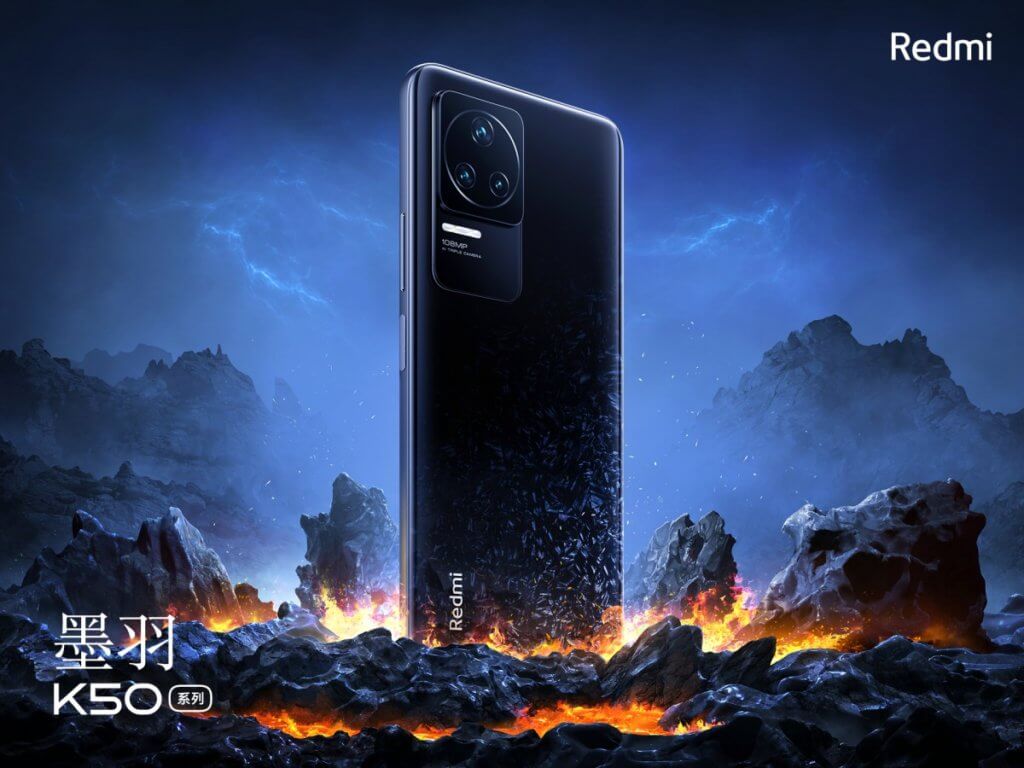 Xiaomi will launch the phones on March 17 and, though that is just a few days away, we will most likely have a leak or two pop up until then. If we do hear more, we will, of course, keep you updated.