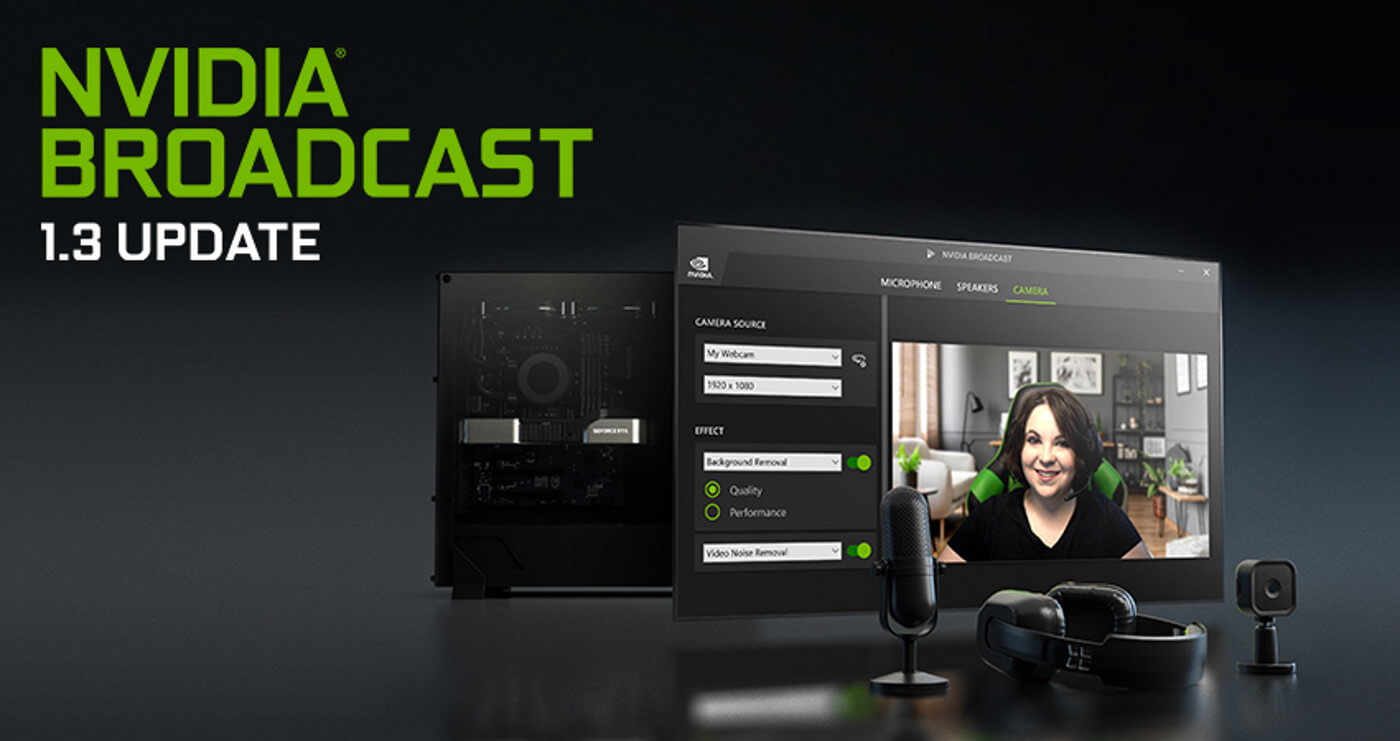 If you do a lot of video conferences or livestream on Twitch and the like, then you’re already using Nvidia’s Broadcast app.

Now, you can even use a professional camera instead of your regular webcam, for even better picture quality.

The new update also improves the famous noise removal AI effect, which clears up background noise while keeping voices loud and clear. The previous version went so far as to be able to remove even the insane sounds of cicadas mating.

As Nvidia put it, until now this effect performed beautifully in most circumstances but fell short of the goal during the most important moments.

“The exception? When someone speaks with a lot of emotion — typically speaking loudly or at a higher pitch — and their speech is sometimes inadvertently removed. This rarely happens, but is typically at the peak moments of excitement during a livestream.

The new update addresses this with dedicated training sound profiles to retain that speech while removing the unwanted background noise,” says Nvidia.

Even better, the new version also has significant hardware improvements, reducing VRAM usage by over 40 percent compared to the previous version. That should improve your FPS when playing resource-intensive games like FPS.

You can find the Nvidia Broadcast 1.3 version on the company’s website.