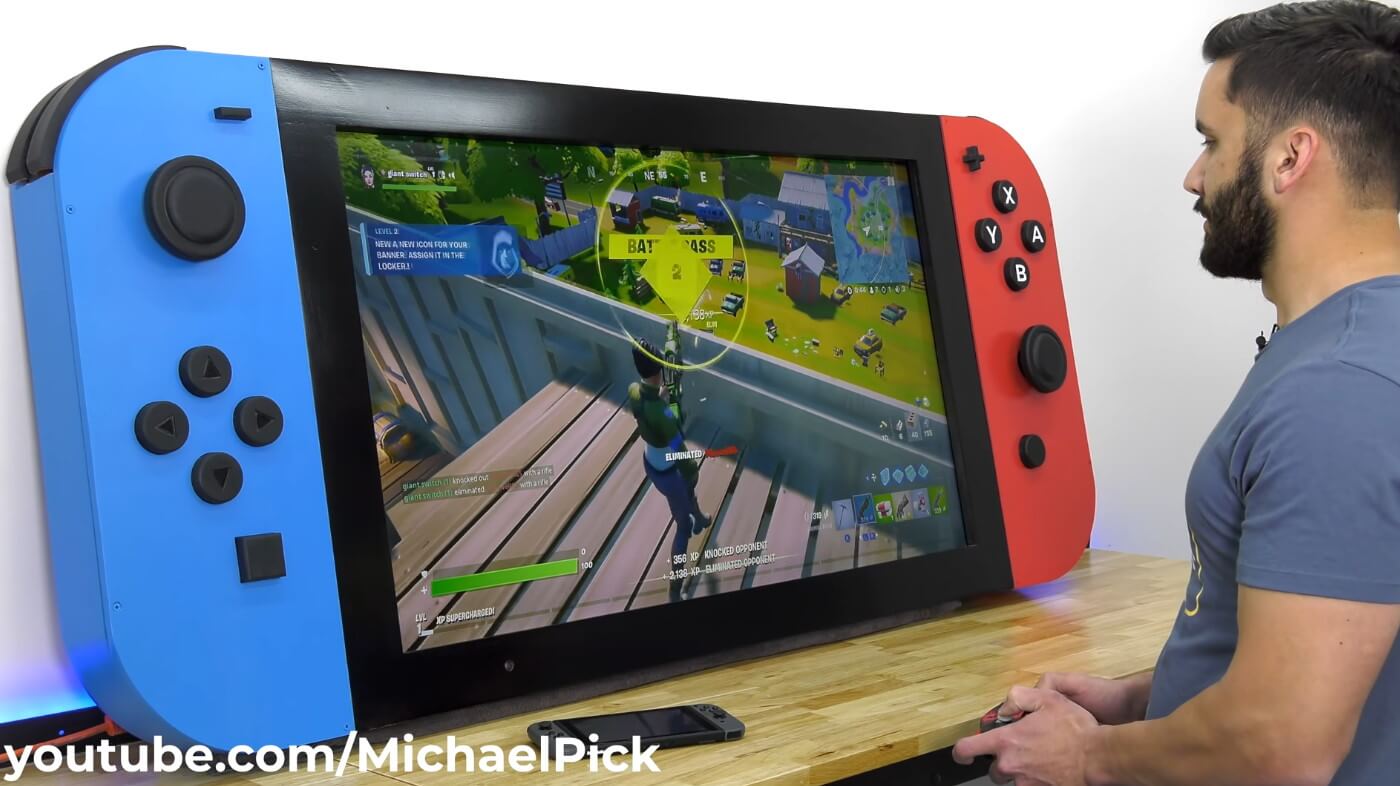 YouTuber Michael Pick might be the biggest Nintendo fan, since he built a massive, fully functional Nintendo Switch.

Defeating the goal of having a portable console, Michael Pick turned the regular 9.4-inch Nintendo Switch into a console as big as a table.

“I really like the Nintendo Switch. It’s small, it’s portable — but it’s really easy to lose. And for me, that was a problem. So, I decided to fix that by making something that was just a little bit larger,” he said, so he turned the Switch into a console as big as a table.

The YouTuber took a 4K TV, embedded it into a wooden frame, and 3D-printed some joysticks.

Underneath those joysticks there’s a regular-sized Joy-Con controller and the bigger buttons sit on top of the Joy-Con sticks, fixed with rubber bands.

Technically while it looks just like a Switch, you’ll notice there’s no touchscreen functionality…and the Joy-Con sides aren’t removable.

Still, this huge Switch will bring a lot of joy, since Mr Michael Pick will donate it to the St. Jude Children’s Hospital.