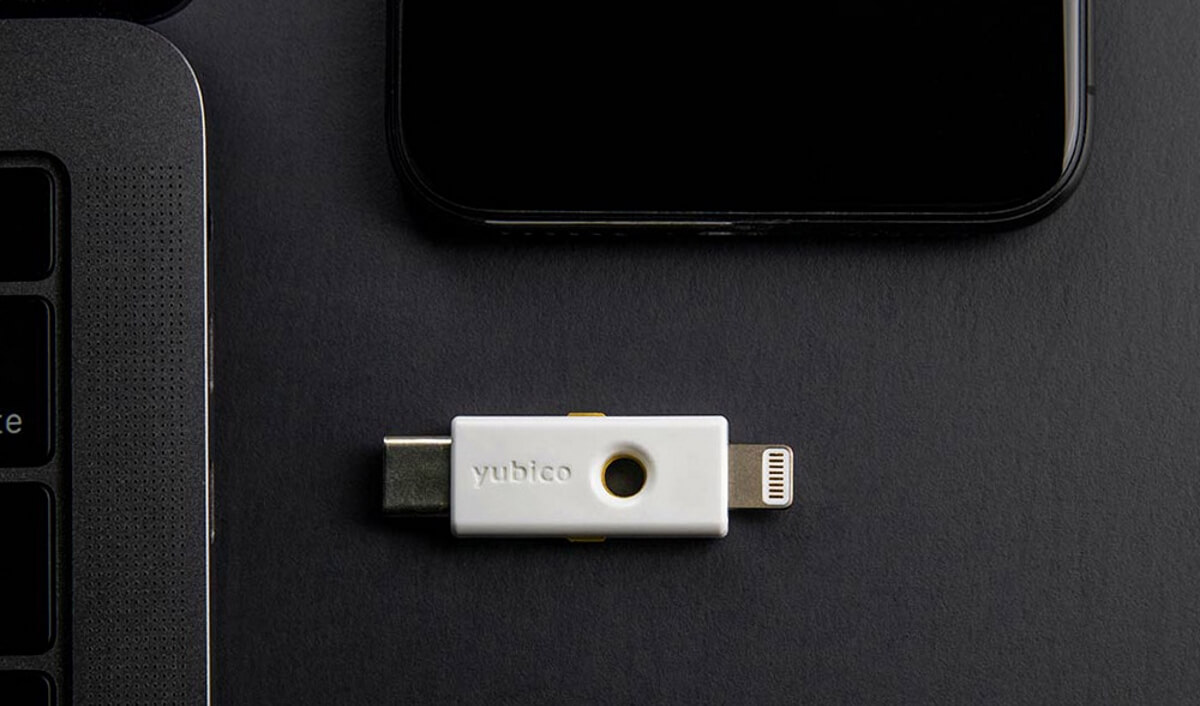 It took a while to get it here but YubiKey with a lightning port is finally on iOS, bringing better password security to iPhones and Macs.

The most popular physical security key on the market has been available for generations on Android but just now made its way on iOS, after being announced way back at CES 2019 in the beginning of the year.

Apparently, it was such a long wait because Yubiko, the maker, had to get an MFi certification from Apple before using the Lightning connector.

With that out of the way, meet the Lightning YubiKey 5Ci.

It’s now available for $70, a small price to pay for those who want to make sure their digital data isn’t exposed through phishing attacks.

We explained here how a physical security key works to keep your logins safe from attackers.

The YubiKey 5Ci also features an USB-C on the other side, which makes it easier to connect to other devices and a pretty attractive proposal for iOS – it has a physical connection, unlike other authentication dongles which only worked with iPhones and iPads via Bluetooth.

To encourage better security practices, the Lightning YubiKey can be used with password managers like LastPass or 1Password, not to mention it can sign you in websites if you use the Brave iOS browser pp.

“We’ve really enjoyed working with Yubico on bringing this integration to 1Password on iOS.

We all know that people reuse passwords and that passwords can be captured in transit, say by phishing. Hardware tokens and password managers each tackle those problems in their own ways,” told a 1Password rep to Wired.

Indeed, most security experts will insist on using multiple security solutions, whether physical or digital, in order to minimize chances of exposure.