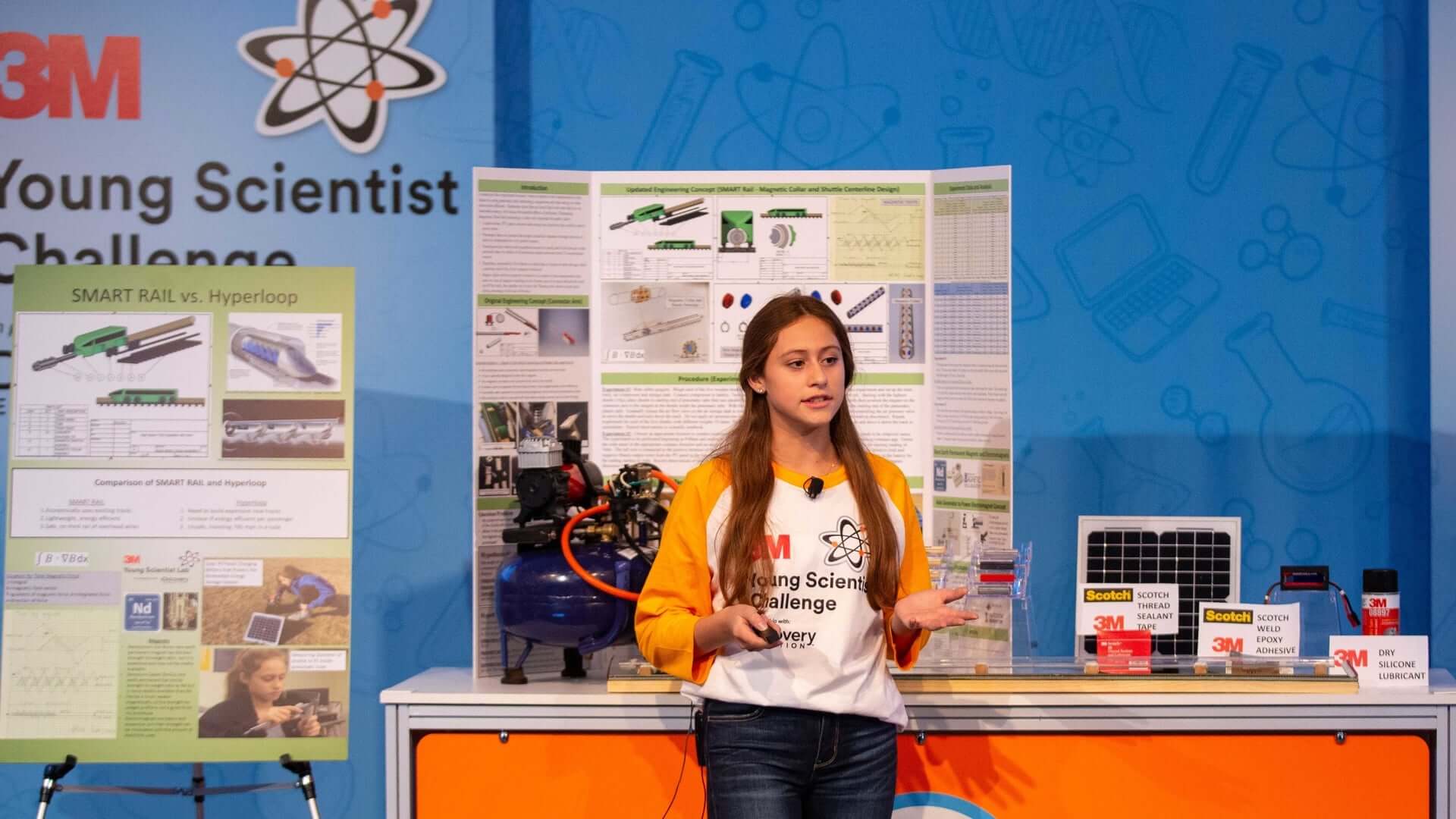 While Elon Musk is organizing Hyperloop competitions, a 13-year-old girl is working on a greener project on the same principle. Caroline Crouchley found a way to make hyperloop cheaper, easier to build and maybe even more eco-friendly.

A young scientist that looks up to Musk and his work, Caroline came up with an idea for a better hyperloop that ultimately won her second place in this year’s 3M Young Scientist Challenge.

She reimagined the use of Musk’s pneumatic tubes and pods to propel current, existing trains. In order to do that, the tubes would need to be built next to the train tracks.

They would also have to allow the transportation of shuttles that can be attached magnetically to the trains of today: “In my first prototype, I made the pneumatic tube and shuttle on the side of the train with a connector arm that connects the shuttle and the train.”

Each shuttle would be propelled by renewable energy through the tube, making them much faster than the existing infrastructure although not as fast as Elon Musk’s hyperloop pods (predicted to go at 700 mph).

However, Caroline is not content with her first design. It may have won her an award, but she admits the design can be improved, fixing the connector arm better.

Her current work in progress is a model with a pneumatic tube that goes underneath the train, not alongside it.

Will it ever see the light of the day? Will Musk entail her services after graduation? After all, he is challenging students next year to break a new record speed at a vacuum tunnel of up to 10 km long with a curved track.

Time will tell but for now, it’s refreshing to see young, bright minds taking on big challenges for a greener planet and a balanced society.