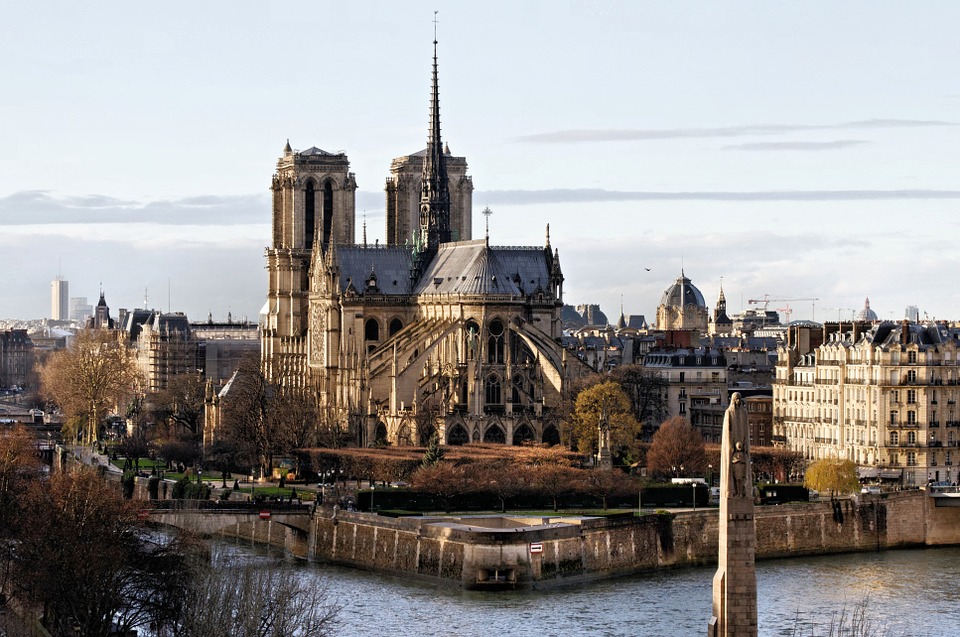 In case you have not heard about this yet, the Notre Dame Cathedral in Paris, one of France’s most prominent historical landmarks, burned in a major fire.

There are photos all over the internet that showcase the unfortunate event and how rapidly the fire engulfed the building. The images are often accompanied by videos of the cathedral’s central spire collapsing to the ground.

The firefighters have detected no foul play, managed to extinguish most of the fire and did save most of the cathedral’s architecture so the question on everyone’s lips now is: can anyone manage to restore it and if they can, how will it be done?

Digitally, perhaps. Back in 2015, Dr. Andrew Tallon created a digital archive of the building by using laser scanning technology, the results of which were showcased in a National Geographic video, which you can watch below.

To get an accurate scan of the cathedral, Tallon set up a network of targets “which are just geo-located points in space. And you define the density of the scan, [the resolution of the scan], and then you let it rip.” He goes on to explain in the video that “[The laser scan] sends out a beam and it measures the amount of time it takes for the beam to be emitted from [its laser device] to whatever it hits, and the time it takes to get back.“

This technology created a very accurate 3D model of the building and, though the exact numbers of the Notre Dame model are unknown, other work Tallon has done involved a five billion point laser scan and around 100GB of stored data for his Canterbury Cathedral recreation.

At the moment, it is unknown if his work will aid the restoration of the cathedral, as Tallon has passed away in 2018 but if it will, it would prove to be an invaluable tool in restoring Notre Dame to its former glory.