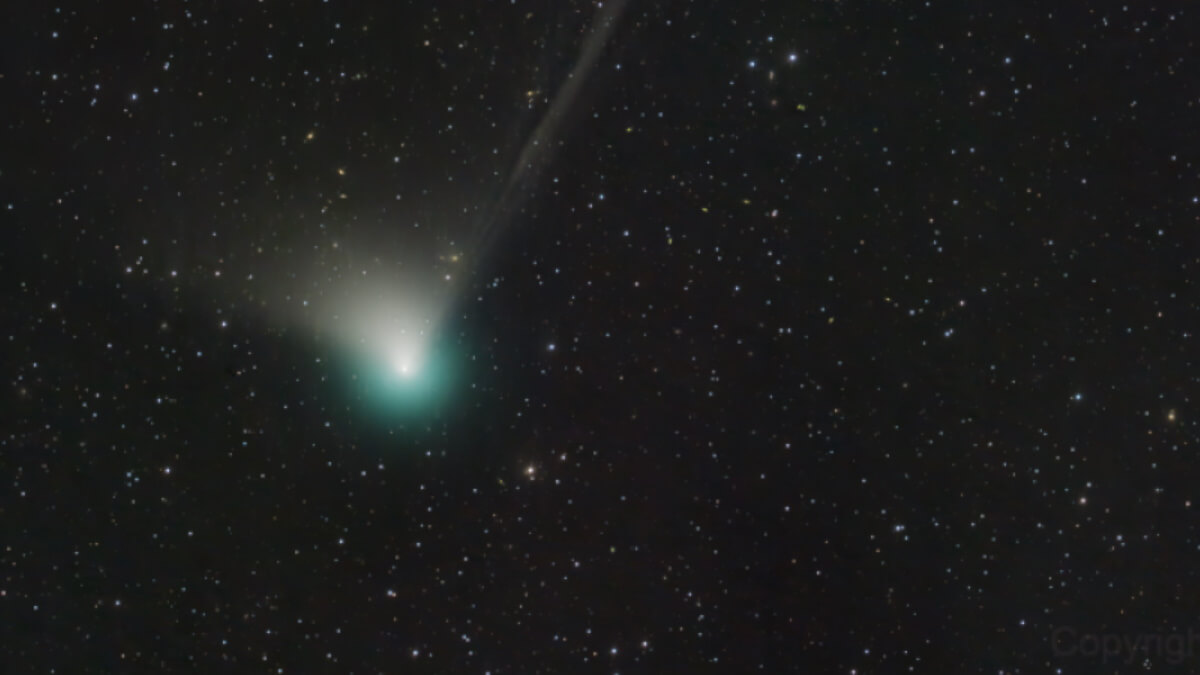 Love being surprised by the night sky? Then you should pay attention to this once-in-a-lifetime opportunity – or once every 50,000 years type of event.

Comet C/2022 E3, which was last visible on Earth 50,000 years ago during the stone age, will be again visible to us, and even to the naked eye, on Wednesday and Thursday next week, on the 1st and 2nd of February.

Comet C/2022 E3 was discovered  last year by astronomers at the Zwicky Transient Facility at the Palomar Observatory in California. This year, we have more pictures of it, showing its stunning green glow that scientists say is due to the presence of diatomic carbon. When excited by solar rays, diatomic carbon emits that glow.

Enthusiast sky watchers could spot the C/2022 E3 comet using binoculars or telescopes since mid January – it is visible in the northern hemisphere, left of the Plough constellation.

Next week, when it will be visible to the naked eye, it will go nar the brightest star in Ursa Minor, the pole star.

The C/2022 E3 comet is one of the rarest sights an astronomy lover could ever see, capable of being observed only every 50,000 years.