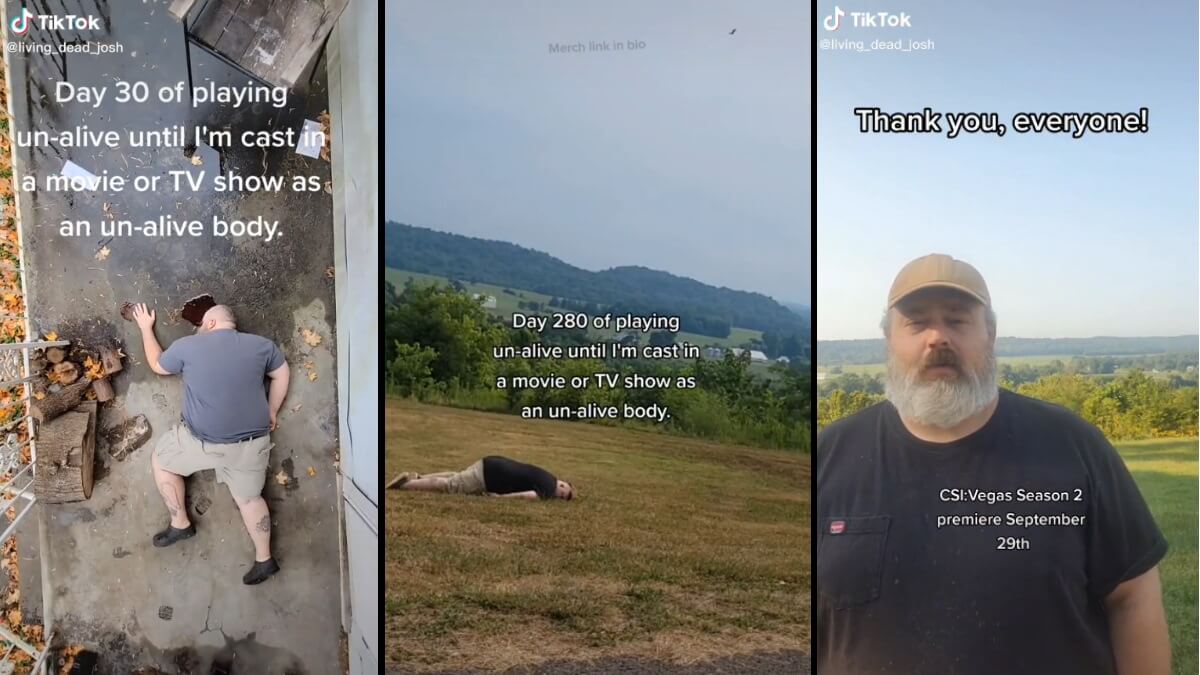 Josh Nalley from Kentucky wanted to get to Hollywood and he played dead all the way there, in a hilarious show of dedication chronicled on @living_dead_josh.

Nalley, a restaurant manager from Kentucky, runs one of the funniest TikTok accounts on the platform, playing dead in various situations – or “un-alive”, as he calls it.

After pretending to be dead on TikTok in various scenarios for almost a year, from keeled over in a bar or as a corpse on a hiking trail, someone from Hollywood took notice and got him his first official actor role.

Now, Nalley will play a dead man on an upcoming episode of CSI: Vegas, something that made him so happy, he popped open a champagne bottle.

“I thought if I was creative enough playing an un-alive person, I could get the attention of a television show or a movie production company,” he told the Louisville Courier Journal, “and how about that, it worked.”

The producers of CSI: Vegas, CBS, brought him to California and even walked him to the Hollywood Hall of Fame where, obviously, he played dead for a bit next to the star of CSI actress Marg Helgenberger.

Hopefully, in a decade or so, we could see a star for him as well.

Talking to the newspaper, he said he got the idea after he saw a woman on TikTok passionate about hot sauce and how brands that approached her.

Also read: You Can Thank A Stupid TikTok Trend for Not Being Able to Return Kindle Books Like Before