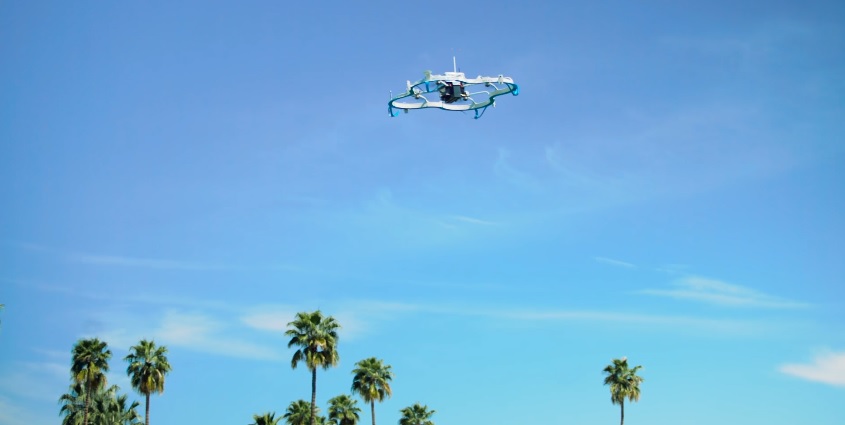 One step at a time – this is Amazon’s approach for safe commercial drone delivery. The company has landed its first delivery drone in UK last year and now, it has “conquered” U.S. soil, too #actionmagic

Jeff Bezos’ company landed its first Prime Air drone delivery on American soil this week. The successful landing occurred during the invite-only event Amazon organized in California. At the MARS conference where Bezos tried a huge robotic suit,   the Amazon drone delivered a box filled with sunscreen bottles. The order had been put in advance but people didn’t interfere at all during the flying and landing phases. The drone made the trip by itself, showcasing the full potential of an UAV in deliveries and retail.

This moment marked the first public drone delivery in the US. As you know, this is not Amazon’s first drone trial in North America but it is the only one to happen on public grounds.

It remains to be seen if Amazon succeeds in making the drone dream a reality before its competition. UPS has a head start since their drone delivered a package in Florida, just last month. Meanwhile, other countries are testing drone delivery, too and with successful results, I should add. The Swiss Post is investing in six-wheeled bots to deliver mail, while Australians are working on UAVs to help them deliver light packages.