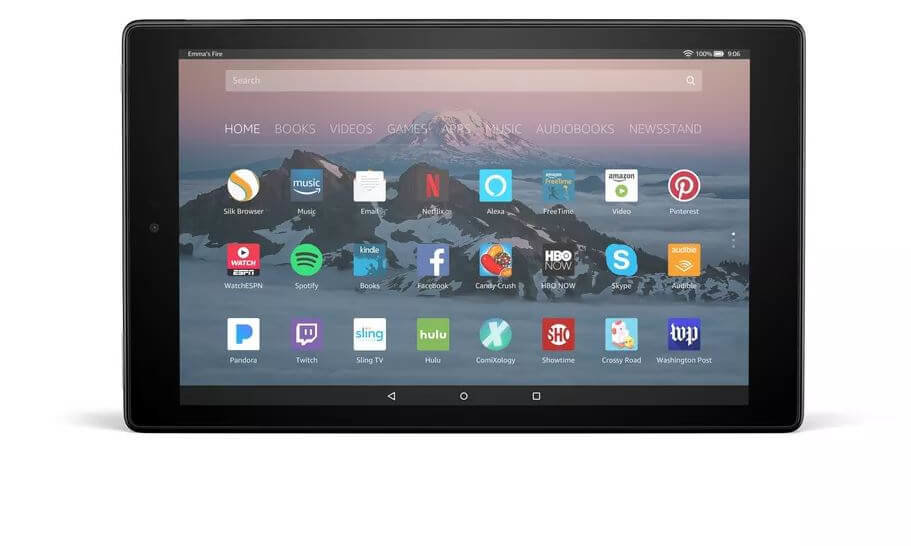 Amazon has just announced a tablet that’s budget-friendly but features one of their most advanced technologies. Fire HD 10 doubles as an Echo, by sporting Alexa hands-free for the first time since the company has started selling tablets #hardwaremagic

Fire HD 10 isn’t the gadget you’ll blow your friends’ minds off. It doesn’t particularly stand out… until you talk to it. See, Amazon has equipped it with decent, but not thrilling hardware: an 1.8 GHz quad-core processor (for the first time on one of their tablets, improving its speed with 30%), 2GB of RAM and 32GB/64GB of internal storage, with the possibility of expanding it with a microSD card.

The 10.1-inch tablet sports dual-speaker stereo and guarantees 10 hours of battery life. You can certainly read from dawn to dusk on it or watch movies without a care in the world. Especially since Amazon claims it’s more durable than an iPad Pro, as tumble tests have shown. That said, you are confined to the Amazon universe, through Amazon Fire OS.

But that might not count as much, when you get the chance to go about your tasks with Alexa in tow. See, for the first time ever, Amazon is letting you activate Alexa Hands Free on the tablet. By doing so, you’re basically turning the gadget in an Echo (Show) device. Just say “Alexa” to turn on the lights, play Amazon Prime content, get weather updates and more.