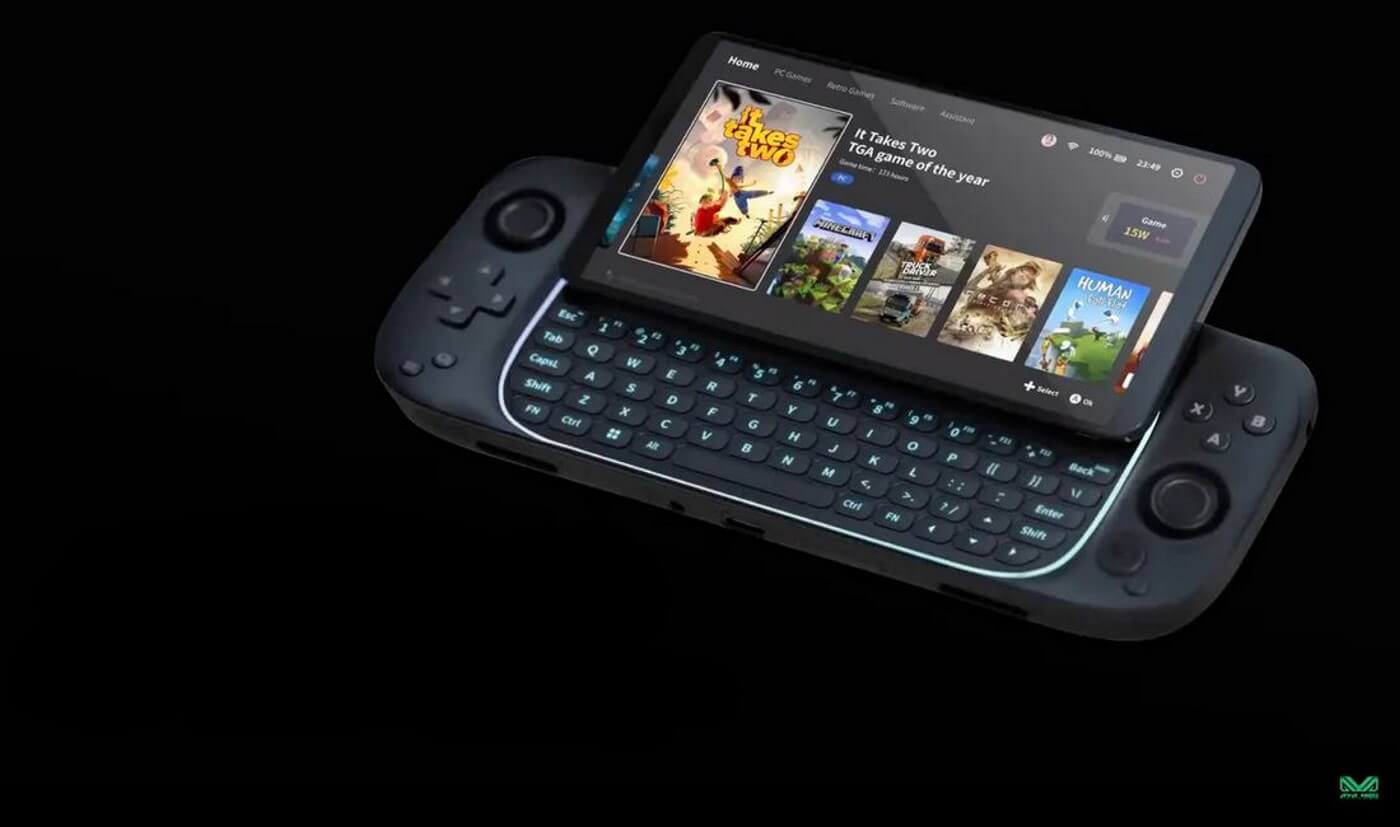 The Steam Deck PC gaming handheld is such a niche device, it had very little competition.

According to a report from Liliputing, both Aya Neo 2 and Aya Neo Slide will use an upgraded Ryzen 7 6800U chip with a Radeon 680M integrated graphics card.

That GPU  is capable of pushing 3.38 teraflops, more than twice the capabilities offered by Steam Deck (1.6 teraflops).

That means both the Neo 2 and the Neo Slide are potentially a lot more powerful than Valve’s Steam Deck, though until they’re in the hands of reviewers we’ll not know for sure.

So, what else do they offer?

However, the Aya Neo Slide is definitely the flashier option.

As you could guess from the name, the console screen slides and reveals a RGB keyboard. Remember the side-sliding QWERTY phones of the mid 2000s? The design definitely borrows from that.

Aya has not announced the pricing or launch date of either device but says they’ll be here later this year. Based on the previous Aya Neo models, expect the price to start at $1000.

DDR4 vs DDR5 RAM: What Are the Differences and Is It Time to Upgrade Your PC?