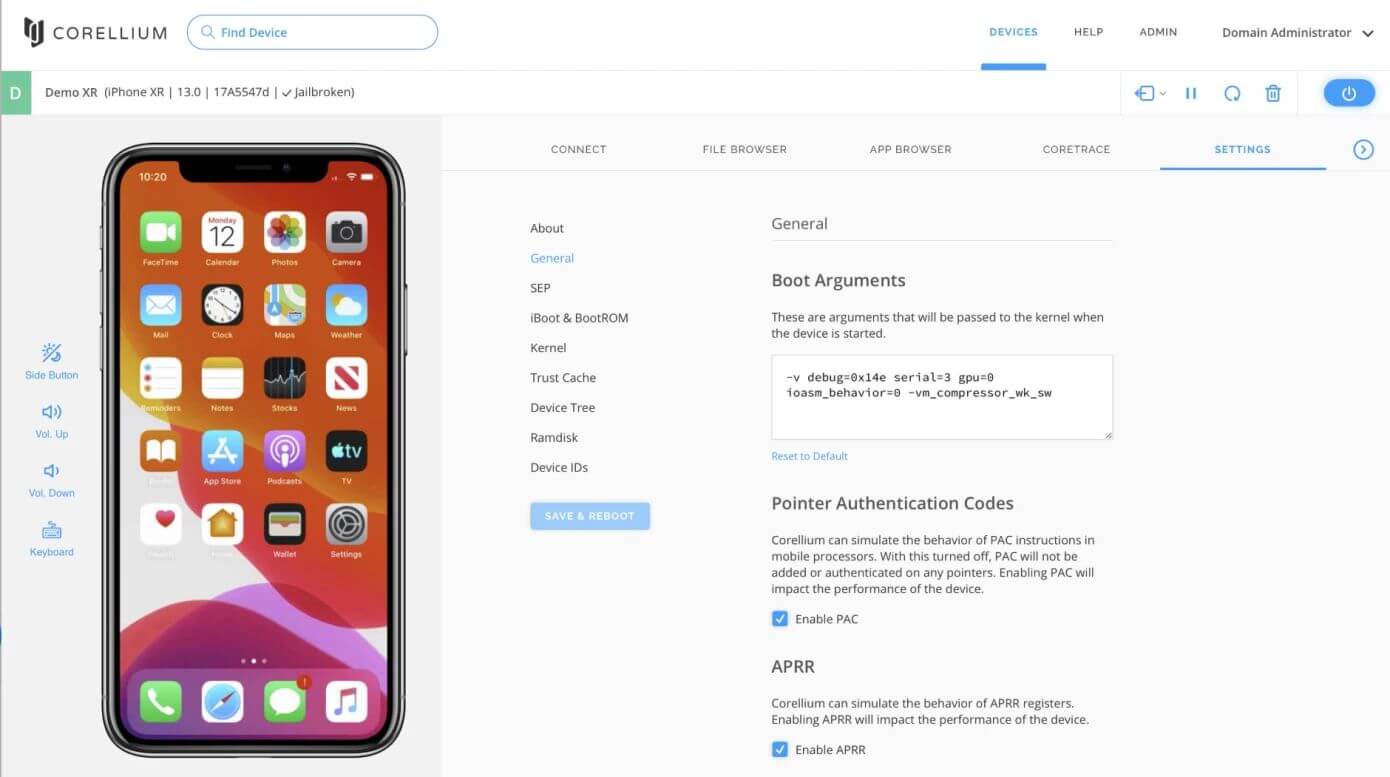 According to recent documents filed in Florida, the Giant Apple is suing Corellium. The virtualization software company Corellium customers create and interact with virtual iOS devices, which is the cause of the lawsuit.

According to Apple, the company is guilty of copyright infringement for illegally replicating the operating system and applications that run on the iPhone. Therefore Corellium is asked to stop using its iOS virtualization products pay Apple for all damages and lost profits.

“Corellium’s business is based entirely on commercializing the illegal replication of the copyrighted operating system and applications that run on Apple’s iPhone, iPad, and other Apple devices. The product Corellium offers is a “virtual” version of Apple mobile hardware products, accessible to anyone with a web browser.

Specifically, Corellium serves up what it touts as a perfect digital facsimile of a broad range of Apple’s market-leading devices–recreating with fastidious attention to detail not just the way the operating system and applications appear visually to bona fide purchasers, but also the underlying computer code. Corellium does so with no license or permission from Apple.”

Basically, Corellium’s product makes digital replicas of iOS, iTunes, and user interface elements on a web platform created by Corellium. Its goal is to replicate virtual iOS devices and use them to run iOS.

Corellium highlighted at the recent Black Hat USA conference that its “Apple product” works as a copy of iOS which helps researchers and hackers to work on test vulnerabilities.

Apple, on the other hand, is convinced that the company’s real goal is to “profiting off its blatant infringement” because it suggests users to sell the information they discover on the open market.

“On information and belief, Corellium makes no effort whatsoever to confine use of its product to good-faith research and testing of iOS. Nor does Corellium require its users to disclose any software bugs they find to Apple, so that Apple may correct them. Instead, Corellium is selling a product for profit, using unauthorized copies of Apple’s proprietary software, that it avowedly intends to be used for any purpose, without limitation, including for the sale of software exploits on the open market.“