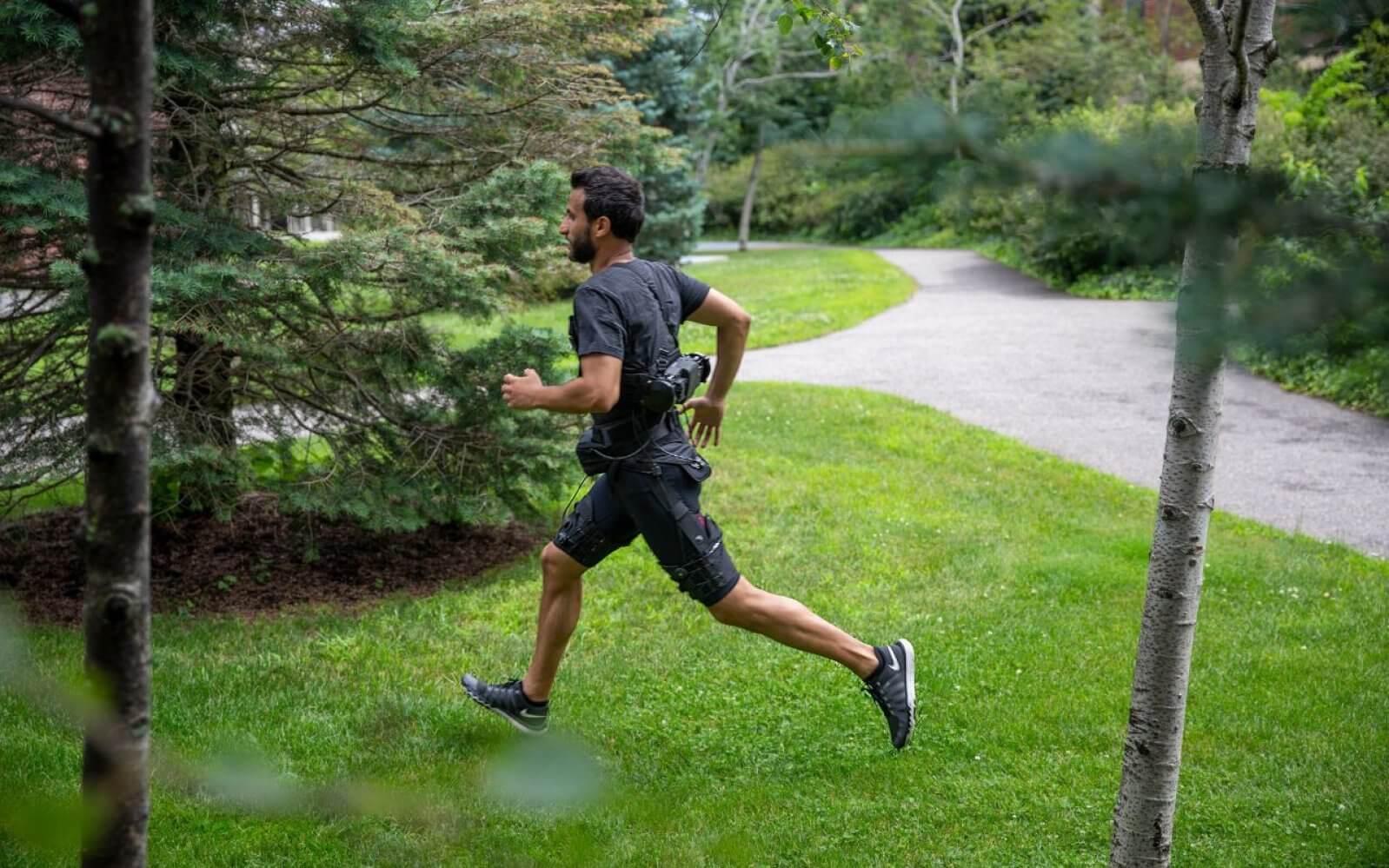 Exosuits or exoskeletons, have seen a lot of developments in the past couple of years: car manufacturers have added them to their list of expenses, as they help their staff avoid injury and the army has been looking into them for years.

More recently, a new type of exosuit has made an appearance: one that is worn much in the same manner you would wear a pair of shorts. The lightweight exosuit was developed by an U.S team led by Harvard University’s Wyss Institute for Biologically Inspired Engineering. The team detailed the project in the journal Science. The exosuit, or exoshorts, if you want, assists the wearer in both running and walking.

According to project leader Conor Walsh, “This is the first time a research group has created a wearable robot that can help more than one activity.”

Exosuits have seen an emergence mostly thanks to physical rehabilitation centers, who have used and improved them extensively through the years and the Wyss team previously worked on one as well. That suit was designed with just one purpose in mind: to help people who had suffered strokes to recover.

However, this new project, co-founded by the U.S military via the Warrior Web programme, plans to produce exoskeletons that can help soldiers walk across long distances without too much fatigue, without giving up on the added weight they have to carry in the shape of backpacks and other necessities. Of course, these soldiers might also have to start running, at some point or another and that is where the tricky part came in.

Combining walking and running into just one single device of this kind is a challenge because of biomechanics. Wyss came up with the idea of a motion sensor, which was attached to the skin of the upper leg. The suit detects the gait of the wearer thanks to this sensor and the information it receives from it is then processed via an actuator set on the lower back, which, in turn, provides them with the necessary assistance. 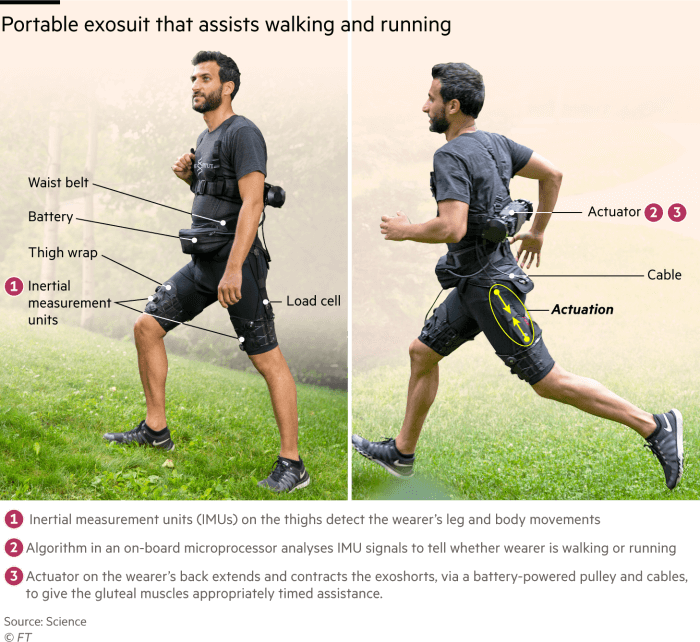 The device, when tested, performed well in both uphill running and during different running speeds. While the results were encouraging, the Wyss team still has to figure out one more thing: how to make it lighter.

Currently, the exoskeleton weighs about 5Kg and, because they intend to make it available not only for soldiers but for hikers as well, they are still working on coming up with new ideas on how to reduce weight.

While the metabolic rates are still modest, they do show that, in the near future, we could rely on these sort of exosuits to make our work easier and apply less stress on our joints.