Astro: The Seeing and Hearing Intelligent Robot Dog of Tomorrow 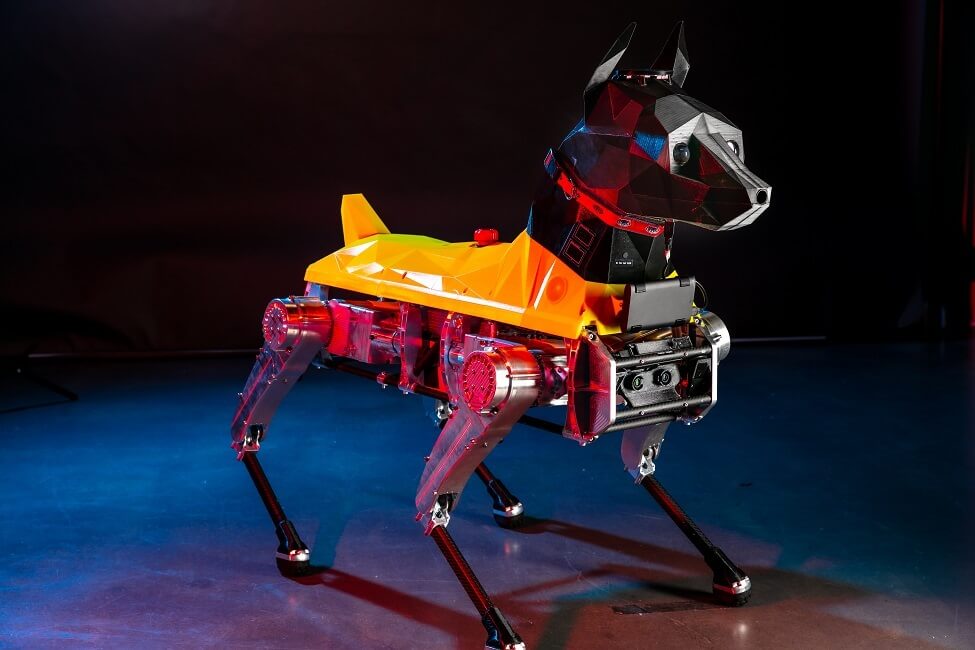 We’ve pretty much seen everything we could see in terms of robot dogs, mostly thanks to Boston Dynamics, or, at least, that’s what we thought but Florida Atlantic University is here to prove us wrong with its four-legged robodog called Astro.

According to them, Astro is a combination between Siri, Alexa and the SpotMini and he is unique not only because he features an actual dog-like head (much in the likeness of a Doberman) but also because that head contains a computerized brain which helps it learn much in the same manner a flesh and bone dog does.

Astro can be trained via inputs to its deep neural network, which means that he can learn from experience. Some of the things that help it perform the learning process include high-tech radar imaging, cameras and a directional microphone.

Astro can make its own behavioral decisions thanks to a set of Nvidia Jetson TX2 graphics processing units, which come combined with four teraflops of computing power. That translates into roughly around four trillion computations per second.

He can respond to dog-like commands such as ‘sit’ or ‘lie down’ but the Atlantic University team says it will, in the future, be able to understand hand signals and respond to them, detect colors, tell apart human faces, recognize other dogs and understand a number of different languages. In addition to that, Astro could also work alongside drones.

Primarily, Astro’s missions would be police, security and military-oriented and he is expected to be able to perform tasks like gun, explosive and gun residue detection, in addition to having first responder capabilities.

But, on the flipside, he would also be capable to assist people as a service dog.

This might sound like a lot of things on Astro’s plate but behind him rests a team made out of not only the University’s undergraduate and graduate students but also neuroscientists, IT experts, artists, biologists and psychologists.

“Our Machine Perception and Cognitive Robotics laboratory team was sought out by Drone Data’s Astro Robotics group because of their extensive expertise in cognitive neuroscience, which includes behavioral, neurophysiological and embedded computational approaches to studying the brain,” Ata Sarajedini, Ph.D., dean of FAU’s Charles E. Schmidt College of Science has said about the project. “Astro is inspired by the human brain and he has come to life through machine learning and artificial intelligence, which is proving to be an invaluable resource in helping to solve some of the world’s most complex problems.”