Aska Flying Car Could Take Off As Early as 2025 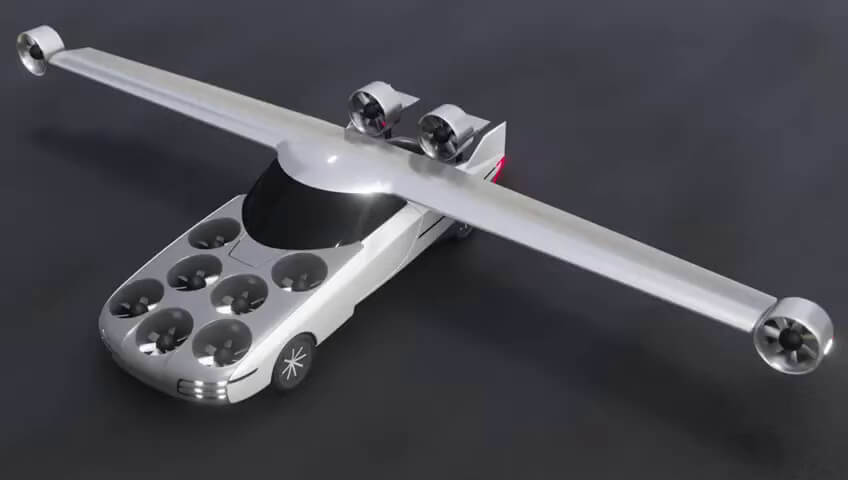 Startup NFT (Next Future Transportation) is the latest player to join the urban air mobility movement.

Over the weekend, the company unveiled its Aska flying car exclusively to CNET and will offer more details later today.

The Aska flying car looks gorgeous at first glance and distances itself from the usual rotor-powered eVTOL designs, which tend to look like huge drones, by also including folding wings for take-off.

In its road configuration, it measures about 20 feet and, with wings unfolded, it extends to 40 feet.

Even though you’d think the wings might need a runway in order for the Aska to take off, that apparently isn’t the case. The Aska flying car has ducted fans to propel the aircraft vertically and, after take-off, rear facing fans thrust it forward, allowing the wings to generate lift.

For landing, those same wings help the Aska flying car slowly glide in circles toward a landing zone.

That sounds like you’d need to not be just an accomplished driver but also a very good pilot but NFT covered its basics by also working on autonomous flying technology.

This means that future Aska owners could simply select on Maps their destination, then sit back and relax as the flying car goes on Autopilot.

And speaking of future owners, what’s surprising about the Aska is the promise of affordability.

The company also wants to offer subscription-based rides for as low as $200 to $300 per month.