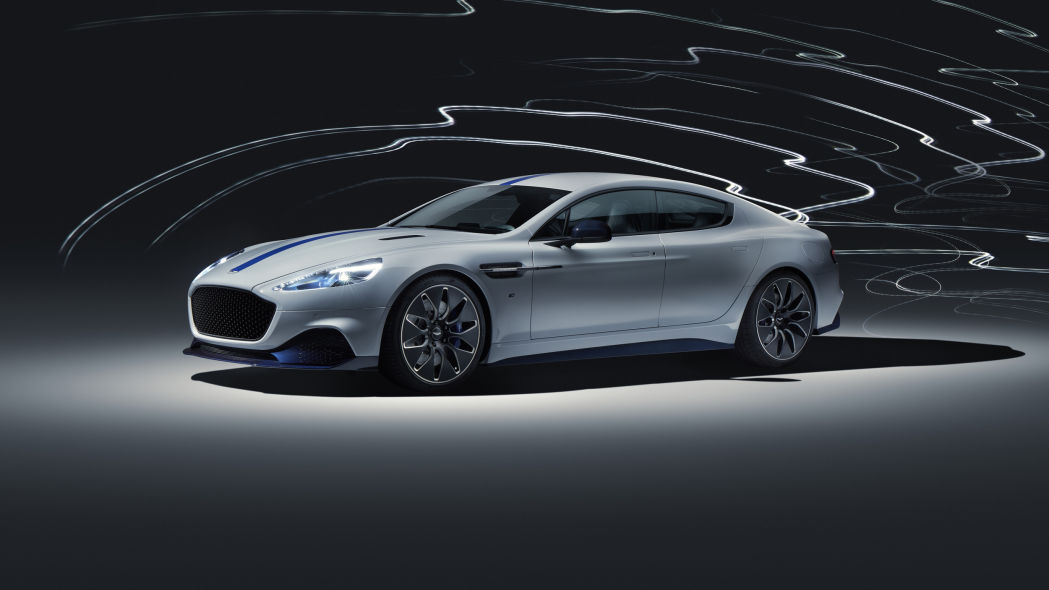 Aston Martin has finally revealed its very first all-electric car during the Shanghai Auto Show and it looks just as smooth and sleek as you’d expect it to.

The car, dubbed the Rapide E, hosts a 65kWh battery, placed exactly where the traditional fuel engine would be. The battery is housed in a carbon fiber and kevlar case which powers up two electric motors set on the rear axle with 604hp and 700 pound feet worth of torque.

The vehicle can get up to speeds of 155 mph and, according to Aston Martin, the Rapide E can go from 0 to 60 mph in under four seconds. Apparently, the car can be recharged quite fast as well: when plugged into a high-speed charger, the battery can charge at a rate of 310 miles per hour.

On the inside, the Rapide E features a 10 inch display behind the steering wheel that gives the driver information about the charge state, power levels or real time energy consumption, among other things. An additional 8 inch display is set on the top center of the dashboard, which will be in charge of the infotainment system and will have support for both Apple CarPlay and AndroidAuto.

On the outside, the Rapide E resembles the car it was actually based on: the Aston Martin Rapide sedan, and the most notable differences between the two rest in the blue accents in the headlights and on the brake calipers.

The rear diffuser has also grown a little, since the car doesn’t need an exhaust anymore and the model features forged aluminium aerodynamic wheels that have also went through a redesign to ‘give greater efficiency, without compromising brake cooling capability.’

“Unveiling the Rapide E will be a huge moment for Aston Martin. As our first all-electric production car, it is a truly historic step. One that signals Aston Martin is prepared for the huge challenge of an environmentally responsible and sustainable future. As a car company we cannot afford to passively allow that future to come to us; we have to actively chase it. ” Dr Andy Palmet, President and Group CEO of Aston Martin Lagonda said “Only by doing this can we learn and prepare, but also preserve those things we love as drivers and car enthusiasts. That’s why it was so important to me that in embracing EV technology we should not let go of those unique qualities that define an Aston Martin. I believe Rapide E embodies that desire and paves the way for a hugely exciting future.”

Aston Martin will only produce 155 units of the Rapide E with ‘prices available on application’.