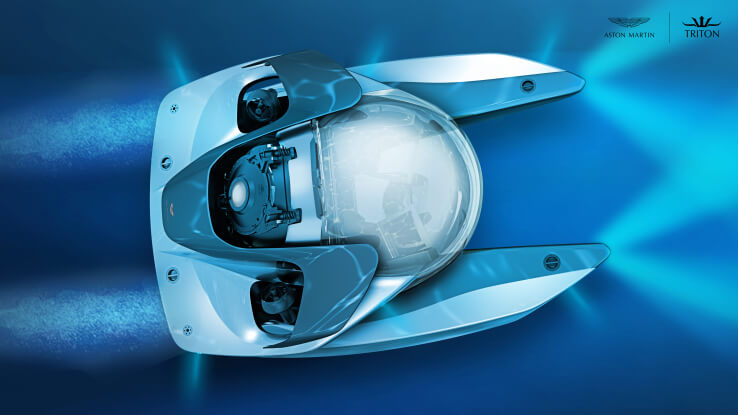 What’s better than a top-of-the-line Aston Martin car? An Aston Martin submarine. The ultimate, extravagant ride is being developed as we speak, as part of a collaboration between the brand and Triton Submarines #automagic

The eccentric, luxurious personal submarine is referred to as Project Neptune. Aston Martin’s team is putting the finishing touches of the design, while Triton Submarines is making sure that the vehicle functions properly. The company is known for building submersibles for explorers, billionaires and researchers.

The sleek, futuristic vehicle has pointy-ended pontoons and a central cockpit that offers a 360-degree view of the surroundings.

Project Neptune was inspired by Triton three-person submarine platform. While the entire concept seems pretty far-fetched, the company has assured everybody that the vehicle will be produced as a limited edition vehicle, available to consumers.