Someone Made A DIY Foldable iPhone...And It Looks Kinda Weird 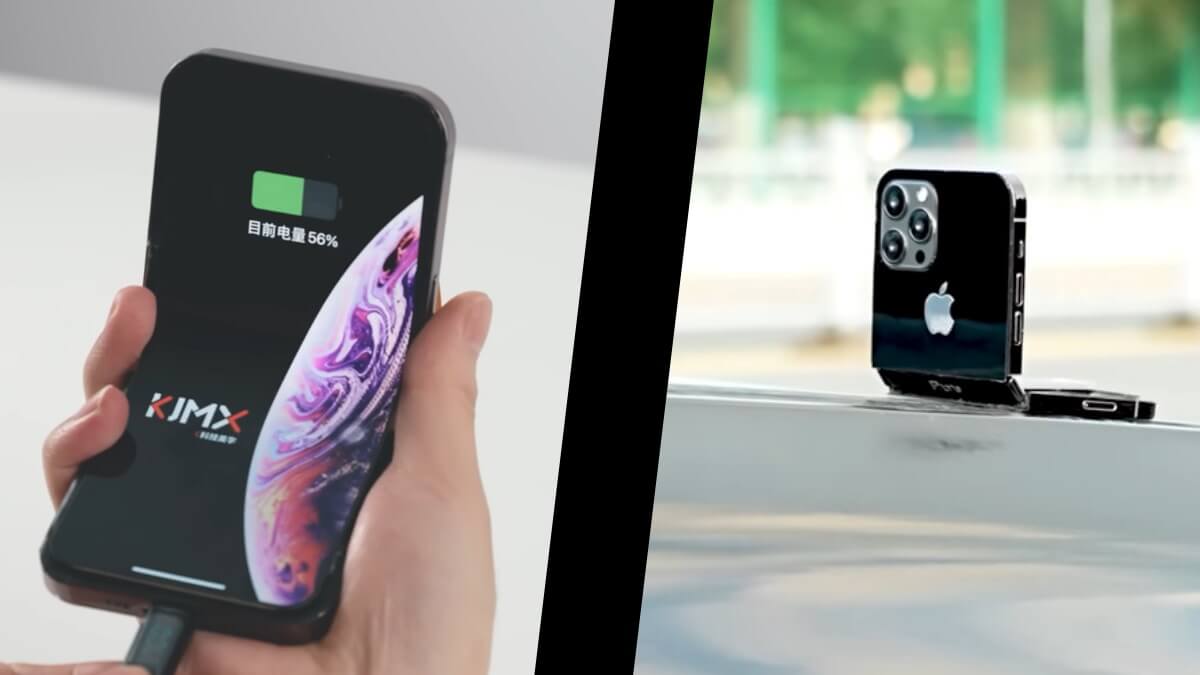 Someone Made A DIY Foldable iPhone…And It Looks Kinda Weird

An Apple fan who just got tired of the company not announcing a foldable iPhone decided to make his own.

An impressive feat of engineering, the foldable iPhone prototype does looks a bit weird, particularly when its maker was scrolling through the half open phone.

The fan-made foldable iPhone was dubbed by its maker the “iPhone V”, which is a reference to the clamshell design.

From what you can see in the video, the maker divided the internal components of the iPhone into two parts, putting the SoC and the memory at the bottom and the battery and camera sensors in the upper part.

The clamshell iPhone case was made using 3D printing and the hinge came from a Motorola Razr. However, to have room for the internals, the maker had to put in just a tiny 1,000 mAh battery. Still, the foldable iPhone prototype he made ran iOS with no issue.

The maker also went as far as to create a fake promo video for the foldable iPhone, which brags about the A16 Bionic chipset and the Super Retina XDR foldable display. Putting together the entire project took him a year.

The result is a bit awkward looking but, considering that this looks to be the work of a single person, it’s a nonetheless impressive feat.

Hopefully it will inspire Apple to finally announce a foldable iPhone, as many are curious to see what the company would do to refine this particular concept.

Someone Made A DIY Foldable iPhone…And It Looks Kinda Weird