Asus Zenfone 6 Storage, Prices and First Impressions: How Does The Flip Camera Hold Up? 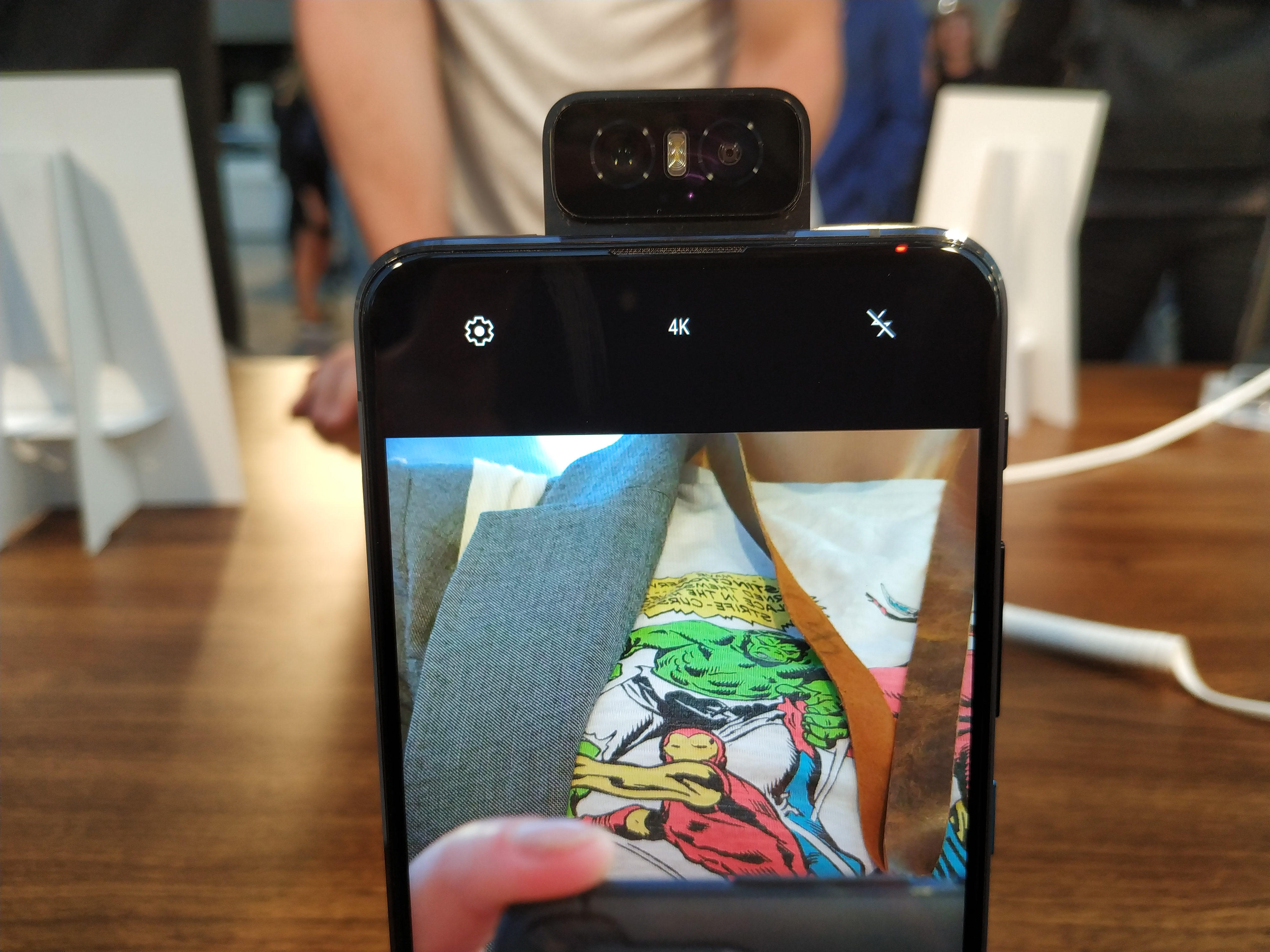 It’s all done darlings, the Asus Zenfone 6 is upon us but we’ll most likely hear more about it and from it in the next couple of weeks – after all, it did deliver us the innovative flip camera. Now it’s time for pricing and first-time impressions.

Now that we got that out of the way, how does the phone feel?

Well, very sleek, for one. It’s quite light and thin and the extra button -which can be configured to do pretty much anything you want- does not hinder the user in any way.

Again, as some of you know, I have small hands and short fingers, so large and tall phones and my hands are not the best of combinations – there’s a reason why I have a shock-proof case on mine. So these phones are not generally easy for me to handle and, with a display of 6.4 inches, it’s just at the limit. For me at least.

Both color variants are not unusual in shade from anything we’ve seen so far in the past year but the Twilight Silver is hard to catch properly on camera.

It tends to reflect any light it catches quite aggressively and also has the tendency to be quite blinding on occasion. Its shade shifts from silver to blue to navy blue and anything else it might catch in sight. It’s not a bad thing, it’s just a little disorienting, especially when you try to capture it on camera.

Okay, colors are nice but what about the camera mechanism?

I can hear you all yelling in the background don’t worry – some of you know I also witnessed first-hand the same type of safety mechanism that allows the camera to tuck itself back into its housing if it senses it’s being dropped on the OnePlus 7 Pro, just a day earlier, during the London launch event. And I can hear you all asking me: what’s the difference?

Aside from the way it folds itself back in, as opposed to the 7 Pro’s sliding mechanism… nothing, really.

I actually asked an Asus representative to show me the mechanism in action a few times, just to see if I can spot any difference, time-wise, but honestly, I believe both safety fail-safes are quite fast.

Which is an achievement for both brands at the end of the day, though I do believe Asus’ mechanism is more complex and required more fine tuning. But don’t take my word for it, I did not have the chance to go into details about the fine mechanics with anyone during the event.

The Asus respresentative also had a little ‘fight’ with the camera, doing a little pulling and pushing, back and forth and the mechanism behaved admirably, even after being prodded indelicately.

Camera quality is crisp and, while at first glance I thought my skin looked a little strange and yellowish, I realized it was because of the overhead lights, which the cameras managed to capture quite true to the naked eye.

I took a photo of the crowd, a little awkwardly, as the phones were attached to alarm wires to the table, which didn’t allow for a lot of freedom of movement; I zoomed in to some of the people in the distance.

Just like Marcel Campos said during the keynote, zooming in will get you a photo that still retains clarity and detail.

It’s quite fast – I scrolled and tapped around madly and the device was quick to respond to my hectic demands. Unfortunately, I did not manage to watch videos on it from say, YouTube or some other video hosting website and there were none already embedded in the devices, at least none that I could find.

I did, however took a few clips of the scenes unfolding around me and their quality was crisp and maybe too true to life for comfort. But if you wanted to see life in photos as it really, truly is, then the Asus Zenfone 6 is truly the device you need.