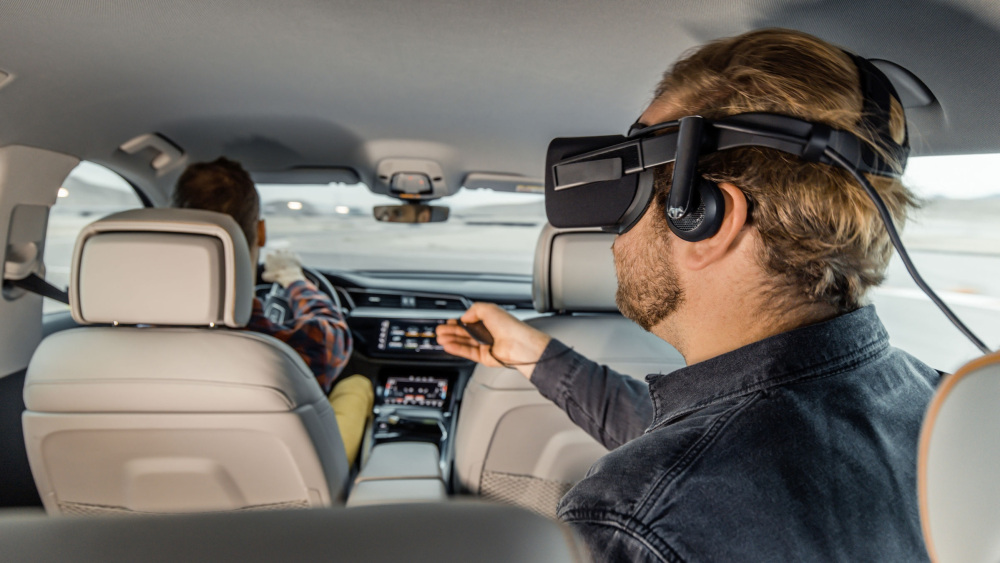 Being a backseat passenger is rarely fun and automakers all around the world have been trying to improve the way passengers can interact with the vehicles as they are being driven around, in order to combat boredom.

This year at CES Audi has decided to showcase its own piece of backseat entertainment which comes in the shape of a VR system.

The system allows the passengers to experience interactive content like movies or video games by using a virtual reality headset. What’s unique about Audi’s approach though is the fact that the VR content responds to the movements of the car in real time.

The company is showcasing the system with a prototype VR game for the Audi e-tron they have developed in collaboration with Disney Games and Interactive Experiences, called “Marvel’s Avengers: Rocket’s Rescue Run”.

In the game, the passengers are flying in a ship though an asteroid field alongside Guardian of the Galaxy’s Rocket. If the driver takes a turn, the ship the passenger is inside of will also follow a similar movement. If the Audi e-tron accelerates, the same thing will happen with the ship in the game.

Audi has funded a start-up called Holoride that they will license the technology to. The start-up will allow the carmakers and content developers out there to create and offer other types of reality formats designed specifically for vehicle entertainment.

The company plans to launch this type of entertainment on the market in the next three years.