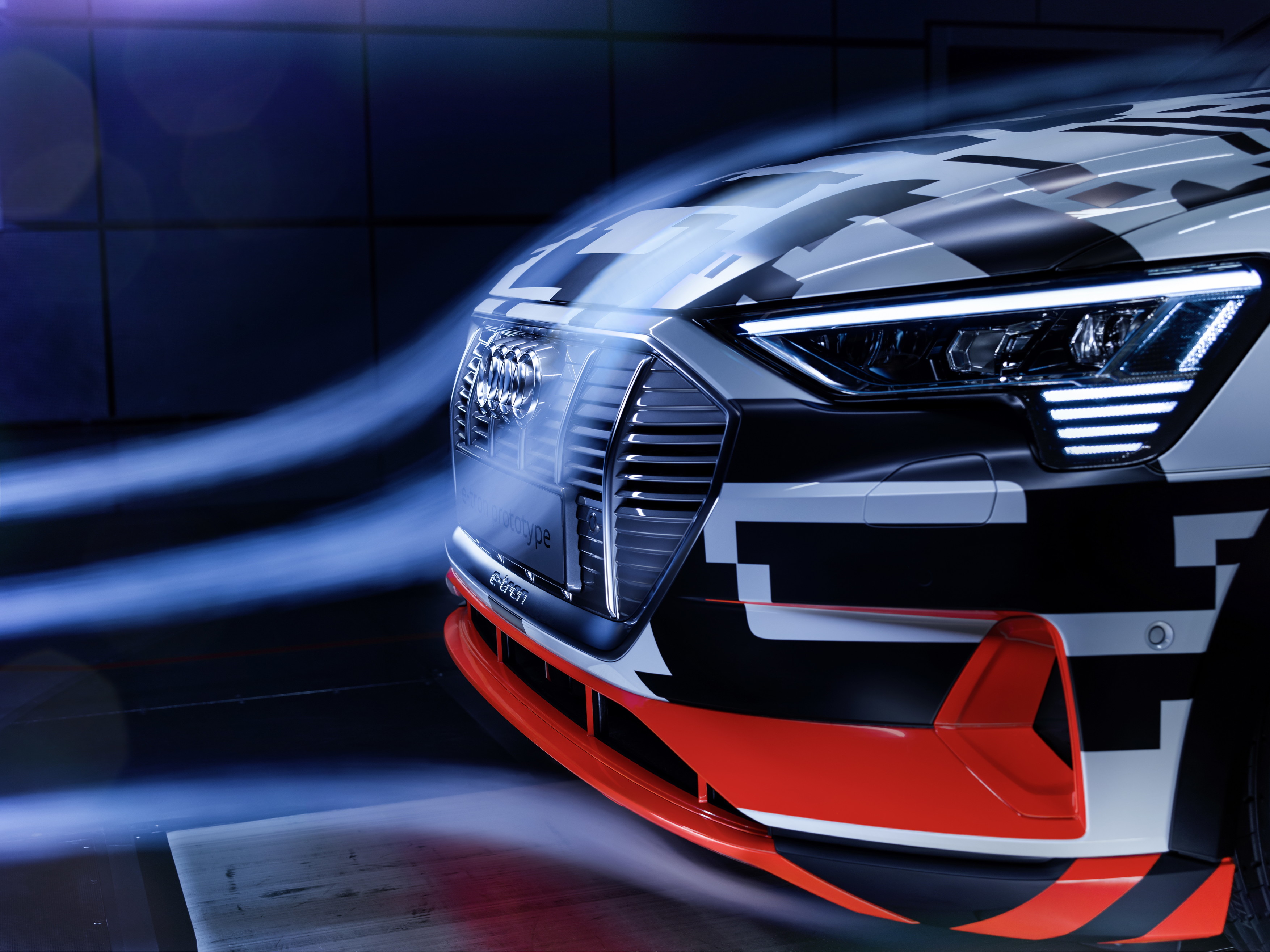 While Audi’s all-electric SUV, the e-tron quattro, is expected to enter production later in the year, we have some more details teased about the electric vehicle.

The most recent leaks have been about the vehicle’s aerodynamic performance. This performance is an important part of why the e-tron reportedly has 275 miles of range on a 95kWh battery pack.

Audi claims that the advances in the aerodynamics of the car have resulted in ‘around 35 kilometers (21.7 mi)‘ of additional range. The company talked about the tests the vehicle passed, including putting the car in the Wind Tunnel Center in Ingolstadt:

“In front of the low-noise rotor measuring around five meters (16.4 ft) in diameter, the Audi e-tron prototype stares into the eye of the hurricane. On the aeroacoustics test rig in the Wind Tunnel Center in Ingolstadt, the world’s quietest vehicle wind tunnel, the Audi engineers optimize drag and noise under extreme conditions. Both are crucial for a car’s efficiency and comfort. With an output of 2.6 megawatts, the fan produces speeds of up to 300 km/h (186.4 mph). The Audi e-tron prototype was put through over 1,000 hours of testing here.”

In addition, Audi is introducing “virtual exterior mirrors” on the vehicle. This means that they have replaced the side-view mirrors with cameras, which in turn show what they’re capturing on OLED displays. This means there will be less protrusion outside the vehicle, reducing the drag. The vehicle also comes equipped with air suspension that will lower at higher speeds in order to, again, reduce drag.

The car will enter production at the company’s plant in Brussels in the coming months as they plan to start European deliveries at the end of 2018.