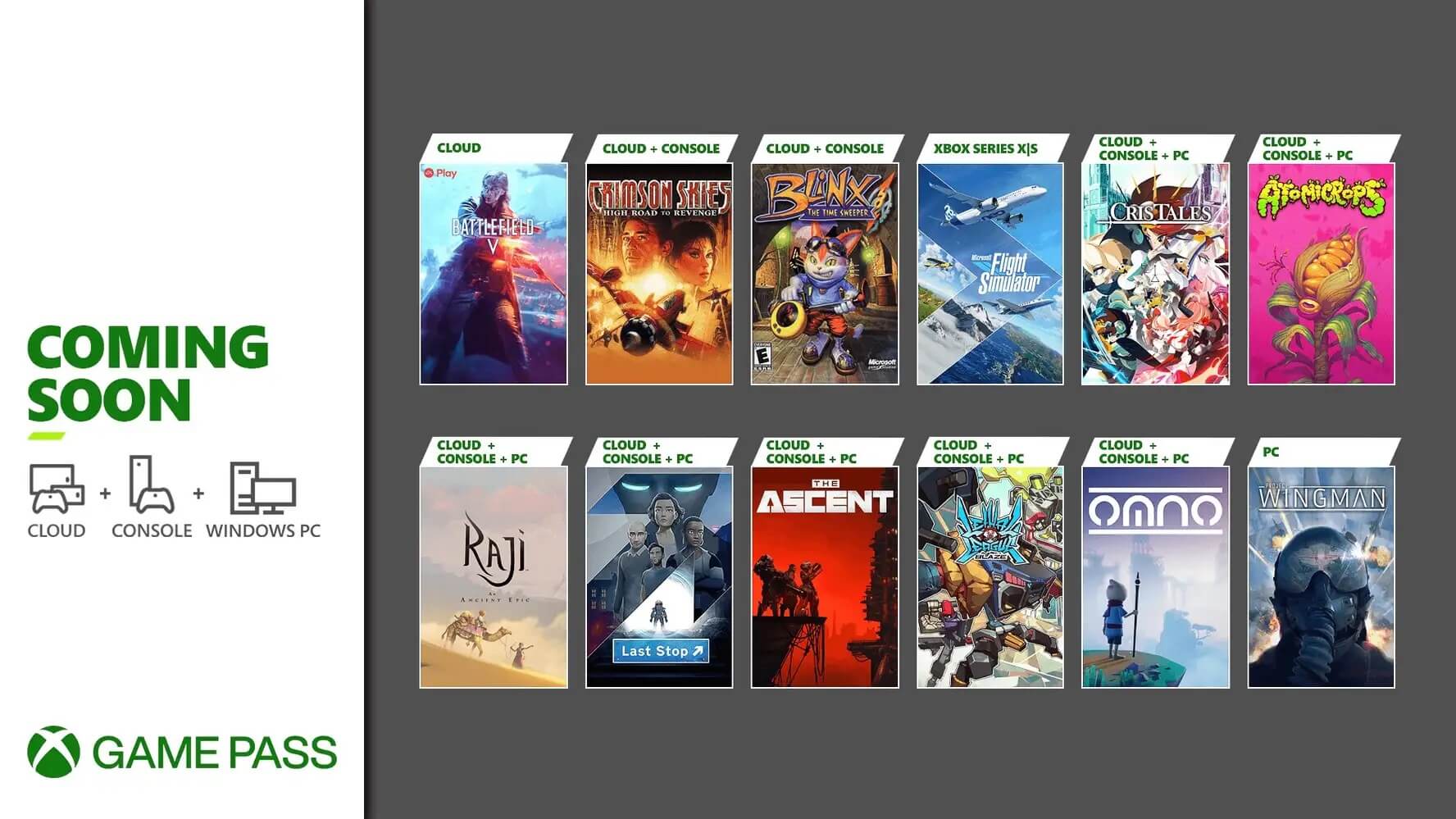 Xbox Game Pass is a key component to Xbox’s gaming strategy, so it should come as no surprise that Xbox continues to add games to the service. In a post on Xbox Wire, Community Lead at Xbox Game Pass Megan Spurr announced several exciting games coming to the service soon.

Here are all the games coming to Xbox Game Pass in the near future!

Battlefield V takes the series back to World War II with a focus on realism in its gameplay, resource management, and mechanics. The timing could not be better for some Battlefield practice, with Battlefield 2042 releasing right around the corner.

Release Day One on Game Pass, Cris Tales is a new JRPG-inspired journey following the protagonist mage Crisbell and her companions. Aesthetics, music design, and innovative combat mechanics make the game as playful as it is entertaining.

Farming simulator meets… nuclear fallout? Take on the challenges of community and farming simulator gameplay while defending the last remaining farm from total destruction by hordes of post-apocalyptic enemies.

An indie game classic, Raji: An Ancient Epic takes action-adventure gameplay into the realms of Hindu mythology and Indian history. The protagonist, Raji, has been blessed by the gods and is tasked with protecting the world from demonic beings.

During a supernatural crisis, three separate lives become entangled in a mysterious adventure.

Blinx, the titular character, tries to save the world in this classic platformer. At the time of its release in 2002, the game was one of the first to use “time” as a central mechanic.

Take to the skies and fight it out in this aerial combat action-adventure.

Take to the skies… again! But this time learn to fly the plane and enjoy the scenery in one of the most realistic flight simulators out there. Microsoft Flight Simulator has been updated to better match the first-time-to-console experience.

Omno takes you on a journey through an stylish world. Over tundras, through forests, across deserts, and even to the skies on top of dragon. Your adventure awaits when Omno comes Day One to Xbox Game Pass.

When one the world’s omnipotent corporation collapses, how do you survive? Find your answer in the top-down action-shooter