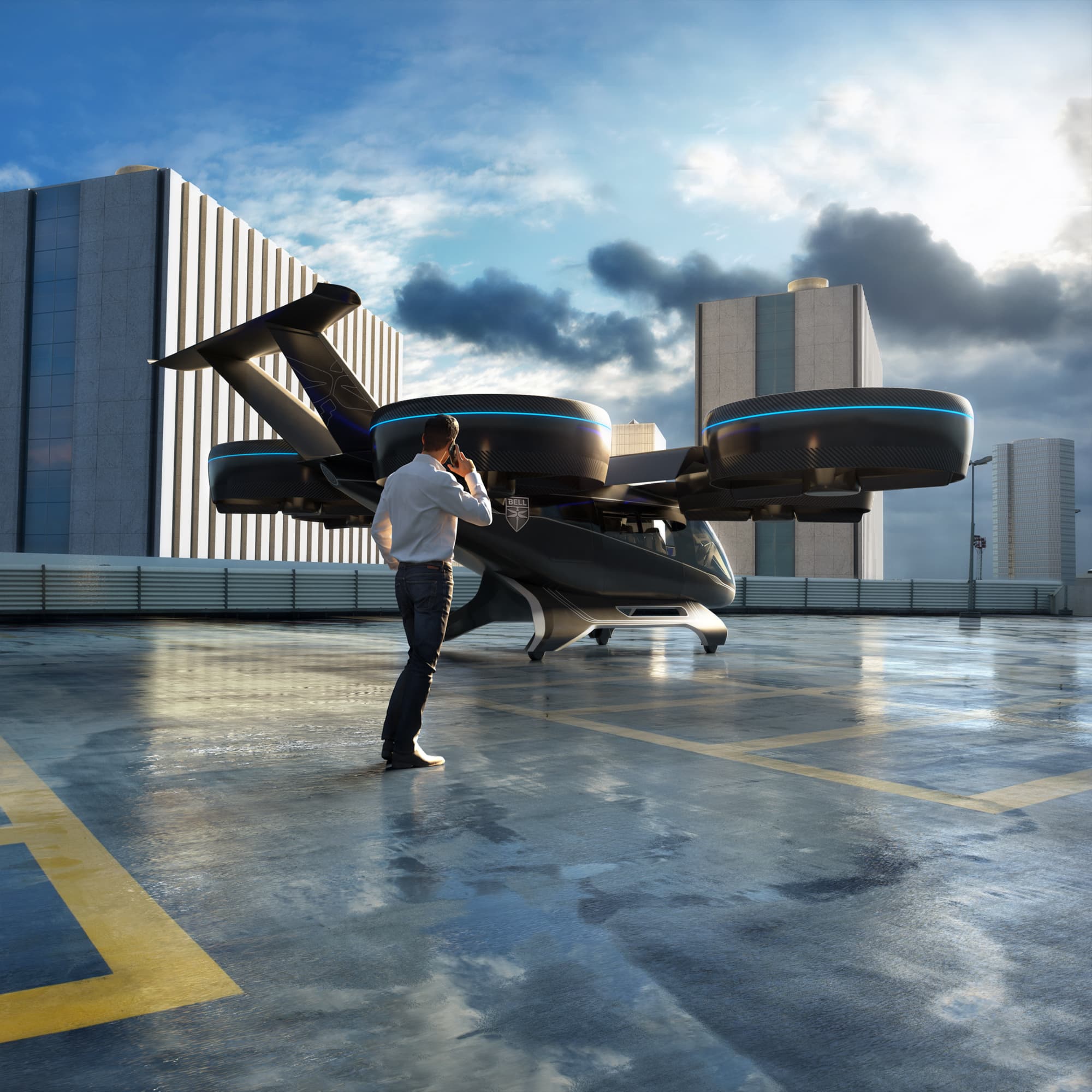 We have already accepted the fact that, soon enough we might be aiming for the skies in order to ease down the hellish traffic in our cities and we’ve seen a number of prototypes being introduced in 2018. Now it’s Bell Aerospace’s turn to impress us.

The company took the CES floor this year to showcase their full-scale air taxi, dubbed the Bell Nexus.

The aircraft weighs 6500 pounds and has six articulated fans that can lift it off the ground in a vertical fashion, much in the style of your average helicopter. As far as landing goes, all the pilot has to do is rotate the fans back to their original position and simply set the Nexus down.

The Nexus will not even need the cities to change their infrastructure too much, if at all: it can fit easily in a 40 foot by 40 foot landing pad and, in addition to that, it has a hybrid electric power system which should, in theory, allow it to fly quietly.

It can carry four passengers plus the pilot for around 150 miles, a distance which it can travel in an hour.

The prototype the company showcased at CES was not operational and it will take Bell quite some time until it will start testing the Nexus: that is in 2023, to be more exact.

Wondering whether we will see any flying taxis flying us around soon? We talked to Bell about the infrastructure needed for that at CES. Find out the answer and our first impressions after seeing the VTOL up close on our YouTube channel, soon!