BMW Describes Its iNEXT as a 'Building Block For The Future'

BMW has finally unveiled the iNEXT concept, set for a 2021 release. The vehicle has been teased about for years, though the company has never offered a lot of information on it, save for the fact it was electric and partly autonomous.

The iNEXT has been revealed during various events, downright from inside a custom Boeing 777 Freighter, at a few different locations over the past week. 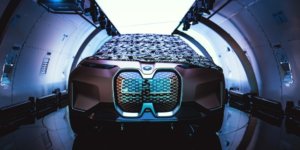 The vehicle sports a lot of the concept design details that we have seen in many of the other concept cars coming from the automaker in the recent years. The design is sleek and the company intended the tech to stay out of the way, unless it’s needed – if you draw a circle on the seat for example, the audio goes up and down as the upholstery glows a little, then completely fades out. 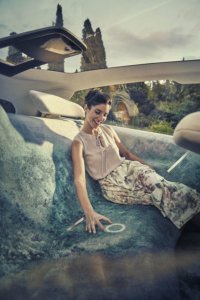 The car also features dual screens on the dashboard and the steering wheel recedes just a bit when the car goes into self-driving mode. BMW has not offered a lot of specs about it just yet, but they did claim a 300-mile range with a 0-60mph spring in less than 4 seconds, which is impressive, to say the least. 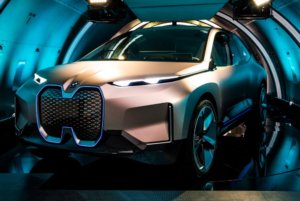 By 2021, BMW intends the car to deliver a Level 4 autonomy  but the company seems to take its time with it,  in order to make the iNEXT the best possible car available on the future market, in spite of Jaguar, Tesla and Porsche, who are already producing all-electric vehicles.

But, if the BMW track record is any indication, we have faith that the company knows what it is doing, and will deliver a product unlike anything available from its rivals, in a couple of years.